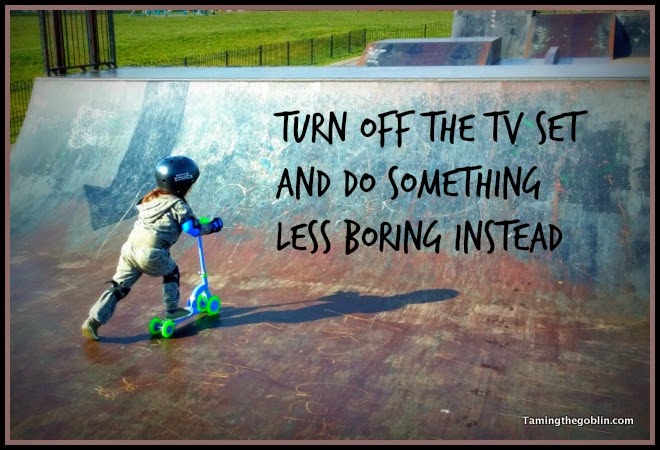 I wouldn't describe myself as a helicopter mum but at the age of four and a half I am not happy letting Goblin out on his own unless its in our enclosed back garden. Unfortunately since Goblin has discovered a love of scooters, this has meant a lot of effort for me, following him up and down the paths around our estate. 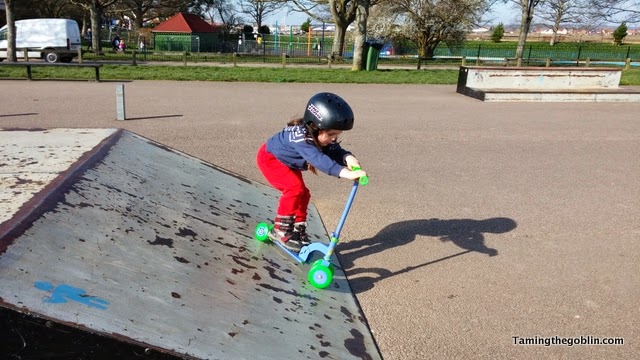 That was until we found the skate parks. I don't know if this is the case in the rest of the UK or whether we are exceptionally lucky but we have not one but four skate parks within a half hour drive of our house. 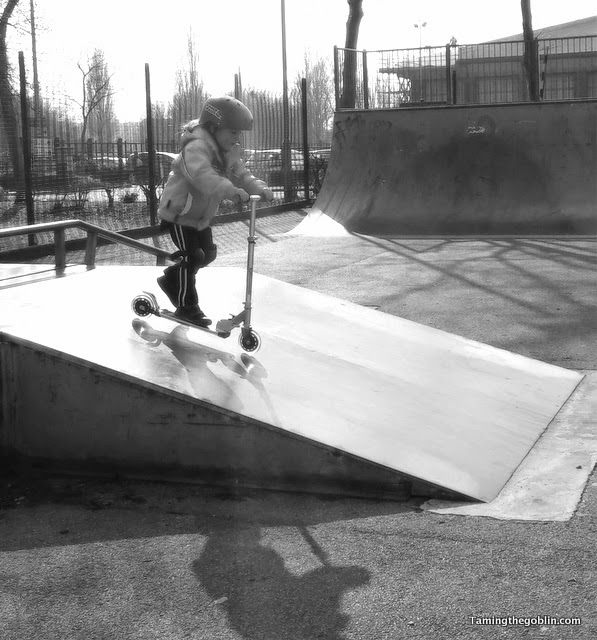 Most teenagers use skate parks at the weekend and in the evenings which means that during the day when the older kids are busy we get the skate park all to ourselves. Goblin loves zooming around the ramps and it gives me a lovely little rest as I can sit in one place and watch him rather than jogging along side him freaking out every time he veers near the road. 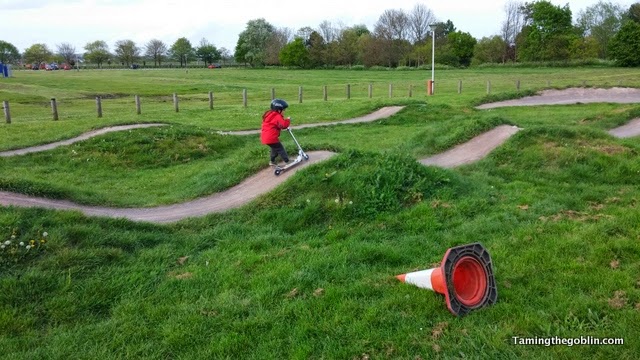 But of course as much as I love a little sit down, I do also like to join in with Goblin's games, so it wasn't long before I invested in a scooter for myself. Although I have to admit Goblin is much braver than I am when it comes to the big ramps. 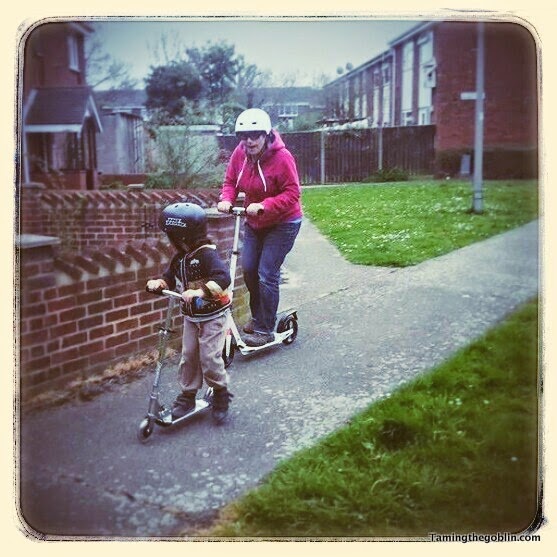