Its time for the Sunday Parenting Party. Please link up your parenting posts and check out some that are already linked up - don't forget everyone loves comments. Please don't link kids activity posts, they can be linked to Kids Coop instead. This week I'm linking the following:
****** 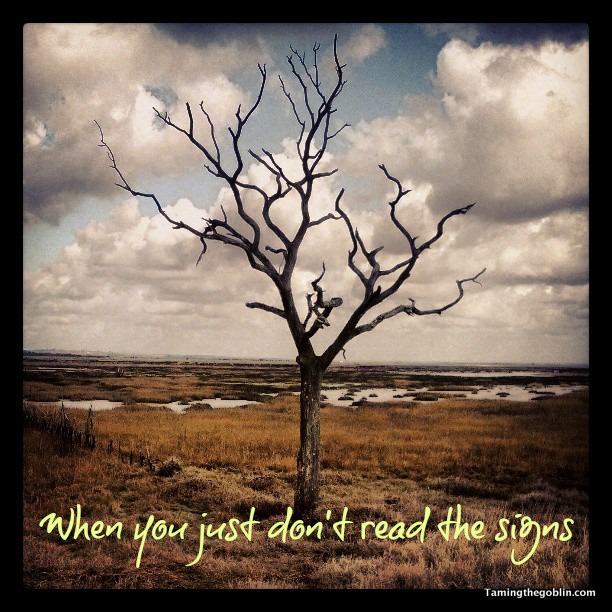 (Goblin is 41 months)
You know when sometimes all the signs are screaming at you not to do something, and you do it anyway and are then surprised when things don't work out. That was me last week.
We went on a play date, for a walk along the sea wall followed by lunch in a cafe. It was cold so I'd wrapped Goblin in his thermals and waterproofs. He was pretty toasty.
But something in the back of my head had been telling me not to do a long walk on our play date. Something had been suggesting that Goblin needed a quiet day. I ignored whatever that little voice was and pushed on. I also ignored the voice pointing out that while I'd got Goblin all togged up in thermals I'd completely failed to dress appropriately myself. Thus I was somewhat grumpy and cold. 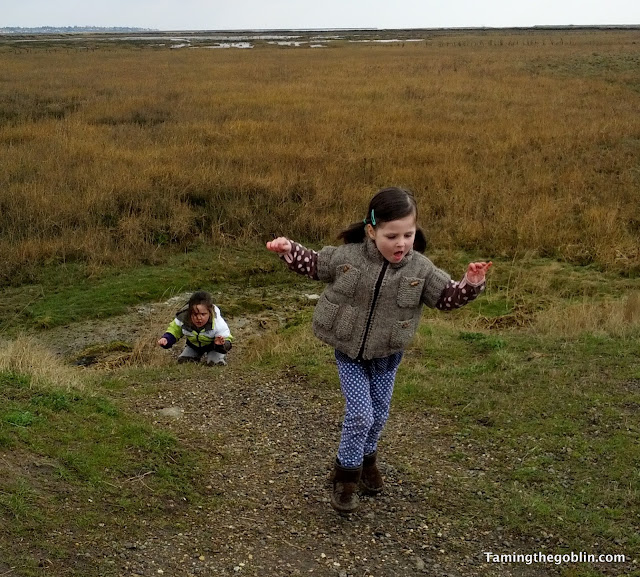 We hadn't got two minutes into the walk when Goblin started to ask for food. I had snacks in my bag but because we were going for lunch I tried to discourage him and only gave him half a seed bar to share with Elfin. I was ignoring the little voice trying to point out that a hungry child is not going to be a delightful child.
Goblin started to wail and whine and say he was too tired to walk. He wasn't prepared to walk for half an hour before eating. I tried to tell him he had to walk but in the end his dawdling and whining made the walk unbearable and I gave in and carried him. 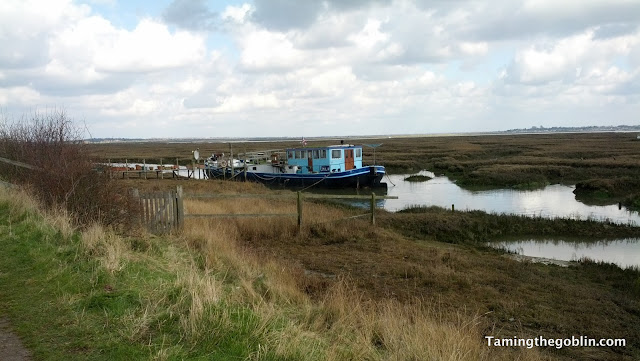 Eventually we got to the cafe. Goblin wouldn't sit with his friends - at the time I thought he was just being awkward, probably because by now I was also hungry and had lost all patience. If I'd bothered to look at the scenario I might have spotted that Goblin was hungry, tired and feeling vulnerable and couldn't cope with the dynamic of having a second friend join us at the cafe - making three kids - not a number that Goblin works well in.
So he sat on my knee while he ate his lunch.
And then something "crazy" happened: He became his happy, funny, cheery self.
OK, it wasn't crazy at all - he had been hungry. He had been trying to tell me he was hungry and that the hunger was also making him tired because he lacked energy. And all I saw was a whiney child who wasn't helping me to enjoy my walk. 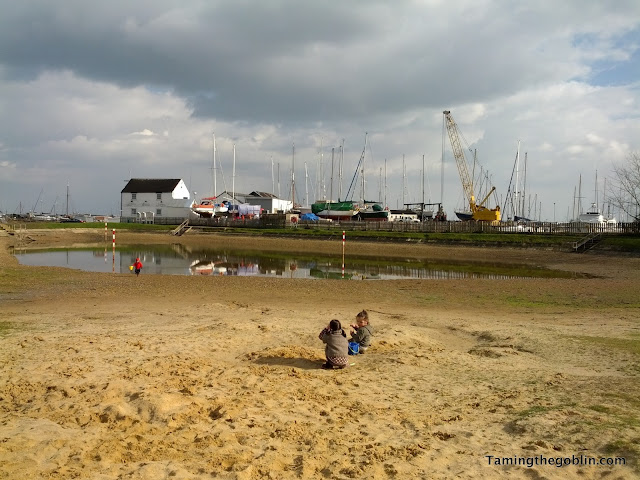 Once the kids had refuelled they were all bouncing and up for more outdoor fun (or should I say some outdoor fun!). We took them to the salt water pool and they happily played in the sand and water ignoring the cold.
It never ceases to amaze me how blind I can be to some of Goblin's basic needs. I'm often so quick to see him as "acting out", "misbehaving", "being annoying" or "whining" when actually he's just asking me to feed him or put him down for nap. *Sigh*
Maybe I'll spot the signs next time. 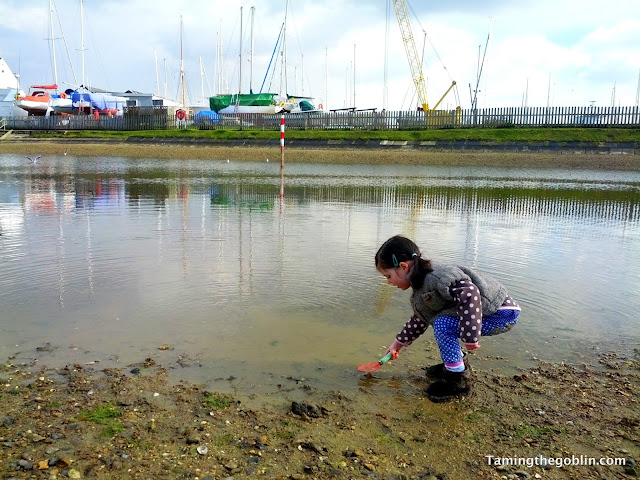 My five faves from last week were
The softly softly approach to fussy eating ~ The Home of Pinkoddy
Parent Revolution ~ Think Magnet
Eat, Mess, Learn ~ The Tao of Poop
Documenting your child's first year ~ Kz and Me
Baby Brain Power ~ Ledoux Sands
And now to the linky

Posted by The Monko at 15:00
Email ThisBlogThis!Share to TwitterShare to FacebookShare to Pinterest
Labels: 41 months, outdoor play, outings, parenting, The Sunday Parenting Party