What am I worried about?

This post was written as a contribution to the Boys vs. Girls Blog Carnival.  The participating bloggers are sharing their experiences, ideas, and opinions on why gender roles should be avoided in parenting and teaching practices.
(Goblin is 40 months) 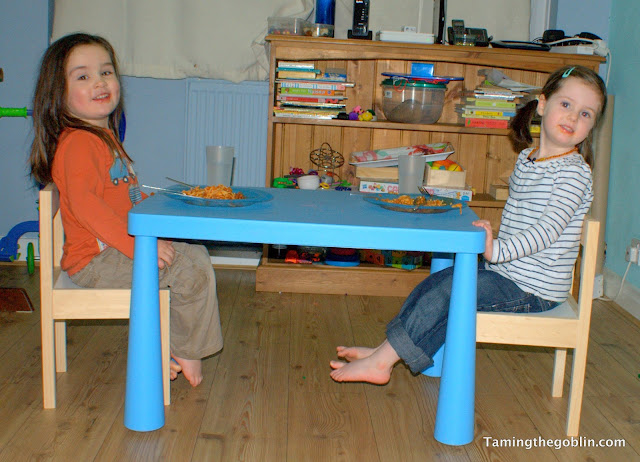 Here is a picture of two three year old children. Unless you are a regular reader of the blog you'd probably assume both kids were girls. In fact, as many of you will know, the one in the orange t-shirt is a boy, my son the Goblin.

The other day Goblin came home from nursery and told me he didn't want to be a boy anymore, he wanted to be a girl. I took my time to consider this. Was this my fault? Had my occasional failure to correct a stranger who called him a "pretty girl" led him to believe he ought to be one? Maybe my colleagues, who joked that not cutting my son's hair would send him to therapy as an adult, were right after all.
I asked him:

"What do you think the difference is between a boy and a girl?"

My son replied that girls have trolleys - obviously some random association from nursery.
Hublet and I looked at each other, stifled a smile and assured Goblin that if he wanted a trolley we'd find one for him. So his gender dilema was solved and Goblin went to bed satisfied with being a boy.

But why had I been worried?

I bought my son some gloves at the weekend. They had two pairs for £1.50 but the only colours they had were pink. I felt guilty buying them. I looked around the rest of the shop to see if there were other colours hiding out but the pink ones were the only ones left.
WHAT IS WRONG WITH ME!
Why did I feel the need to do that? My son is three. He thinks the difference between a girl and boy is that a girl gets to play with trolleys. He quite likes the colour pink and certainly wouldn't object to putting pink gloves on if his hands were cold. So why did I feel the need to double check before settling on the only gloves in the shop. And why, would I have paid more money to get some gloves in a different colour if they'd had them?

In the Fifteenth Century all infants were dressed the same, in little woollen kirtles (dresses). They were gender neutral. My child is gender neural. Yes he exhibits some traits commonly associated with boys - like his love of cars and inability to sit still. But right now he doesn't need to be forced into a gender stereotype, either by me or anyone else. What he needs is a world of possibilities where he can choose  his own likes and dislikes, and pick his own paths.

He showed me today how ridiculous my dilema over the gloves had been. I got home to find he'd been shopping with Hublet. And sitting on the table in the living room was a new toy he'd chosen. It was a bright pink My Little Pony. My son is picking his own path through the world. I need to stop worrying about it, and let him grow and develop in his own way. 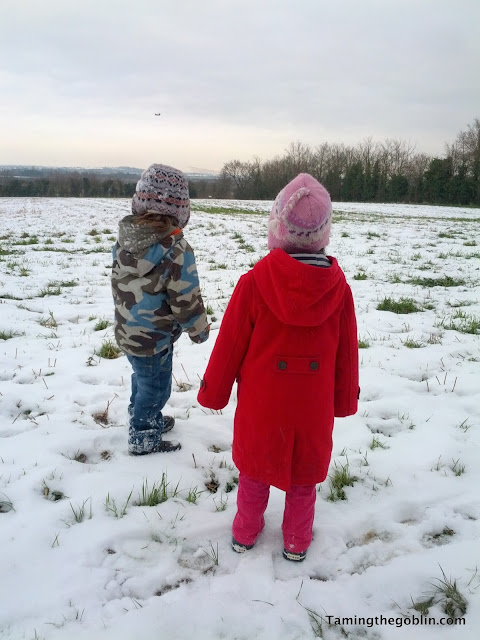 Look here to read submissions by the other carnival bloggers

Gender Cliches Debunked
Andie Jaye of Crayon Freckles is a momma to a preschool boy and teen girl, looks at cliches held about genders and offers an alternate view to them.

Parenting and Gender Biases
Maggy, mum of a boy (5) and girl (3) discusses on Life At The Zoo her observations about how each of her children do have many characteristics associated with their gender. However stresses that children should be given equal opportunities to explore, play and discover and is frequently surprised by each child really enjoys non gender specific activities – this is particularly noticeable during the arts and crafts activities they do over on Red Ted Art.

What Am I Worried About?
The Monko at Taming the Goblin asks "What is the difference between girls and boys at the age of three? And why do we care?"

5 Tips on Fighting Gender Stereotypes and Raising Empowered Children
Brittany from Love, Play, Learn shares how to help your child grow up happy and emotionally well adjusted by cutting through gender stereotypes and bias in children’s toys, media, and society. She shares easy and practical tips and ideas for raising happy and confident girls and boys.

Boys, Barbies, and Broken Necks
Erin from Royal Baloo writes on why ignoring gender stereotypes will give your child a leg up.

Gender Stereotypes in Society
Gender stereotypes are everywhere, among friends, colleagues, at stores and pretty much anywhere else in life. Alex, from Glittering Muffins and father to Nico {an energetic three and a half year old} looks at how difficult it can be to keep an open mind.

Posted by The Monko at 18:07
Email ThisBlogThis!Share to TwitterShare to FacebookShare to Pinterest
Labels: 40 months, culture, gender, parenting