One of the things I love (and sometimes hate) about having a three year old is that regardless of what you plan, they tend to have their own plans. This week I went to pick up Goblin from nursery. The carpark literally backs on to the nursery so its not a big trek. But somehow between collecting Goblin at the door and getting to the car we managed to have a two and a half hour impromptu adventure! 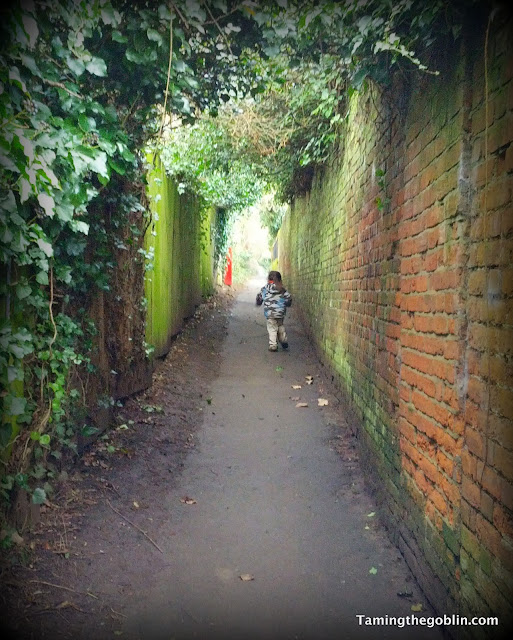 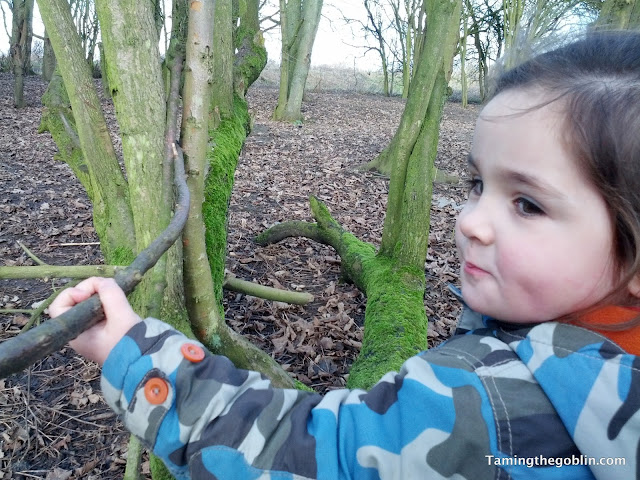 I don't know the area around the nursery at all so I followed in hot pursuit in case he suddenly came to a road. But instead we found a wood. Goblin and I both love woods and I don't know who was more excited. We spent quite a while playing trains on the tree branches.
I made Goblin a crown of ivy but he refused to wear it - he did want to carry it for a while and asked me to make a handle for it. When he got bored of it I decided to wear it. Here is a picture of me admiring my crown, and Goblin disappearing off again in the distance. 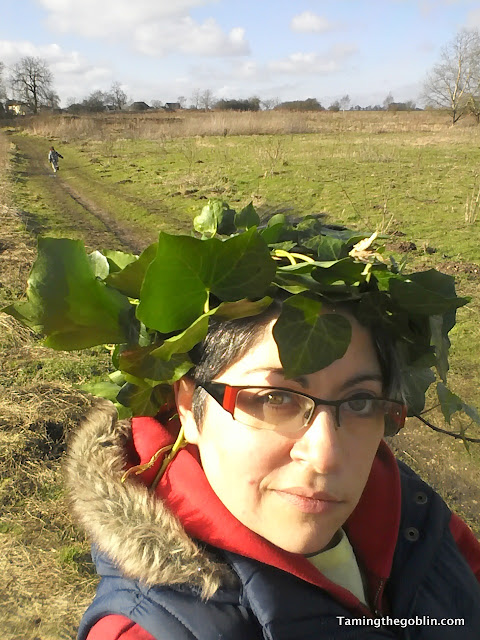 We carried on down the path, through a few fields and eventually we found some horses. 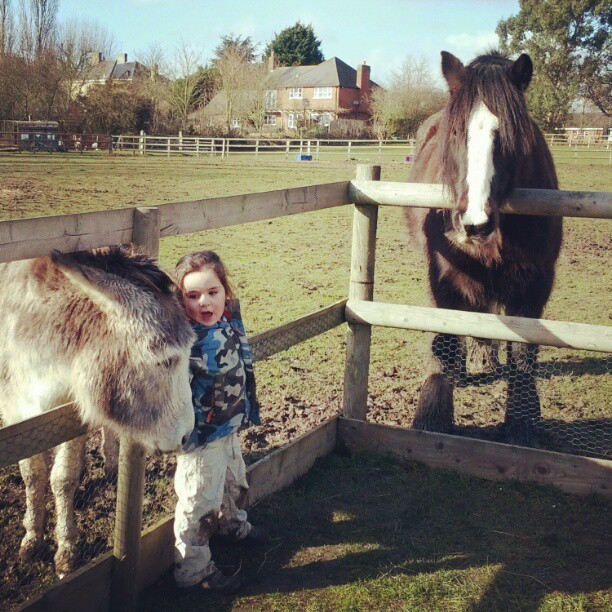 Goblin stopped for a little chat. He does love animals.
For an unplanned adventure this was pretty amazing. It only had one drawback. Neither Goblin or I were really dressed for the occasion. Goblin's cream trousers may never be the same again! 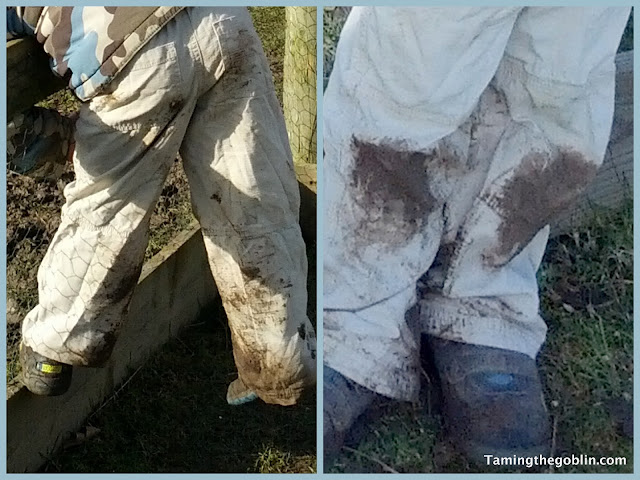