Its time for Kids Co-op, please link up your favourite kids posts and check out what others have been up to this week, plenty to inspire you. This week I'm linking the following: 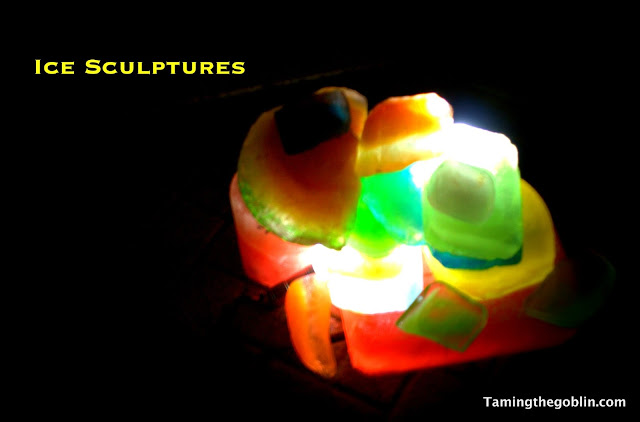 During January I attempted to make Ice Sculptures with Goblin. I got every tupperware and plastic vessel I could find and filled them with water coloured with food colouring. I popped them in the garden and left them. The temperature dropped to minus five degrees, but they didn't freeze. And then it snowed. This apparently acted as an insulator so despite the freezing temperatures, after a week in the garden they still weren't fully frozen, and then the weather began to warm up. 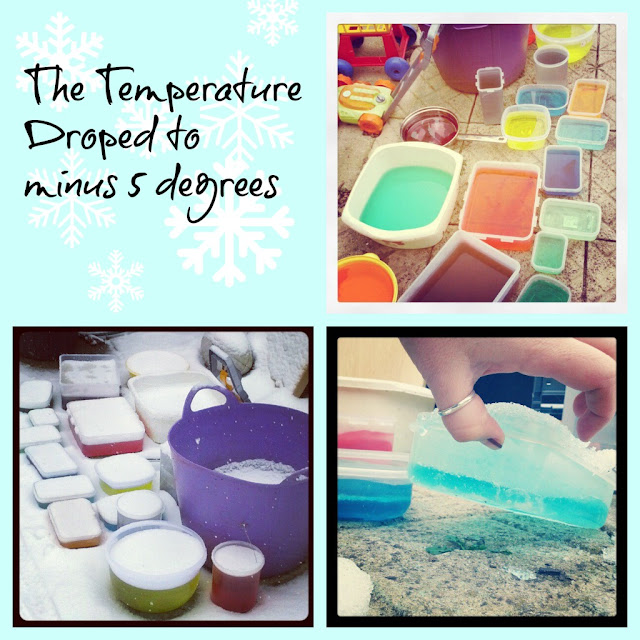 In a last ditch attempt to provide my son with the experience of ice sculptures I emptied one of our freezers and filled it with as many pots of coloured water as I could. 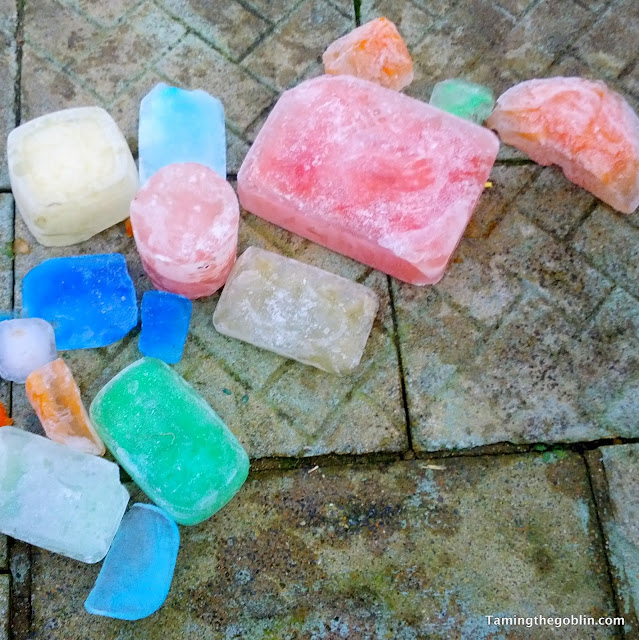 Finally the blocks froze. In trying to empty the contents I manage to smash a couple of my Tupperwares - note to self, plastic gets brittle when frozen - *sigh*. 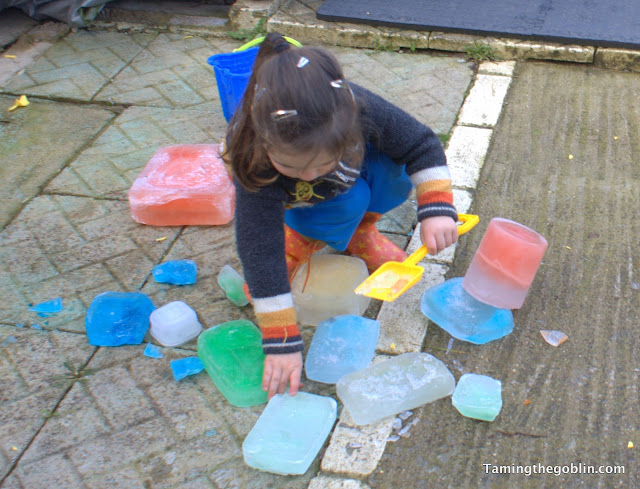 Goblin set to work playing with the ice blocks. But he soon realised that they were very cold. He continued playing for a while using his spade, shovelling the smaller pieces into a bucket and depositing them in a flower pot. 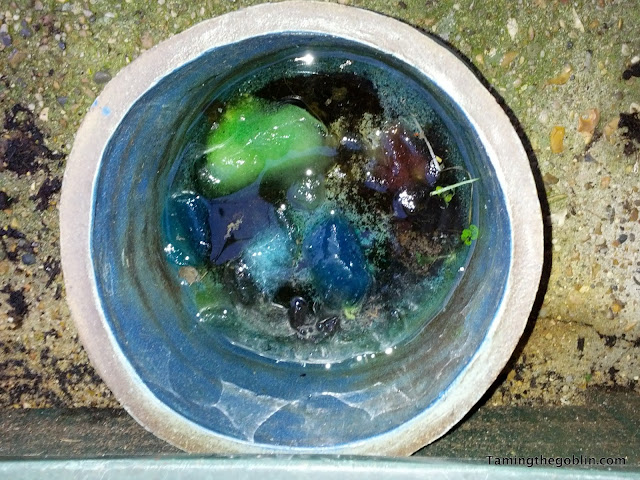 Then he asked me to stack the rest of the blocks because the ice was "hurting his hands". It made me wonder whether this might have been a better activity for the summer. 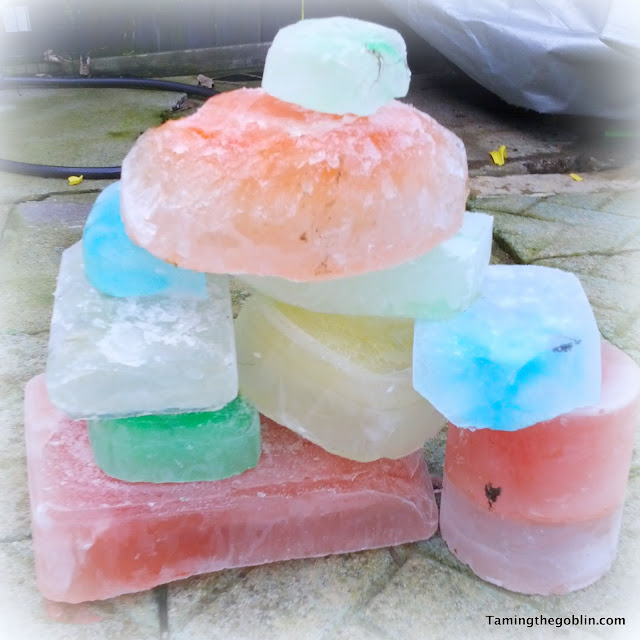 When it got dark I took Goblin out with torches to see what the ice looked like when the light was shone through the blocks. They were really pretty. 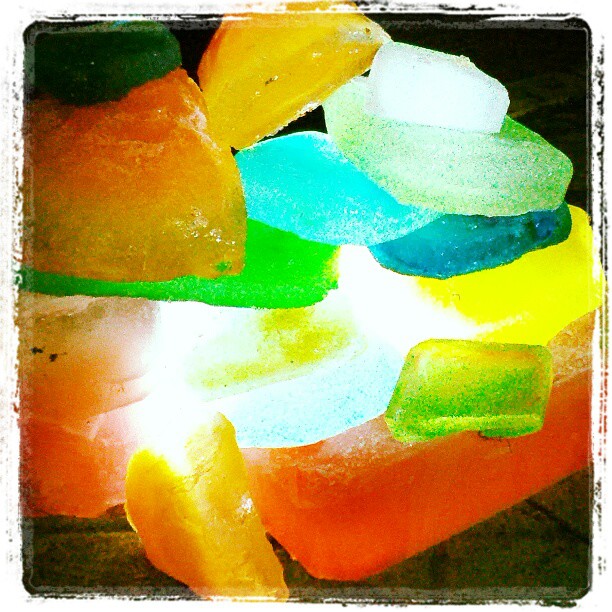 Posted by The Monko at 21:00
Email ThisBlogThis!Share to TwitterShare to FacebookShare to Pinterest
Labels: 40 months, snow, toddler craft and painting, Winter