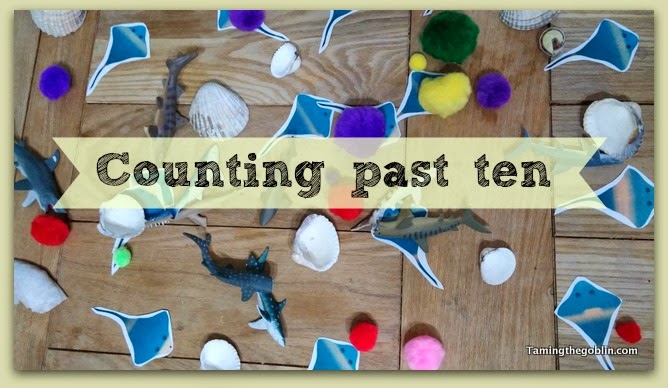 When Goblin was just a bit over 2 years old he learnt to count to 12. We'd been trying to teach him to count to ten and one day he lay on the changing mat and spontaneously counted to 12. "Whoop Whoop" we thought. Fast forward two years and Goblin can now count to .... wait for it .... 13! Yup, in two years he has learnt one more number. That's not entirely true. He knows the other numbers that come after it but always mixes up 14 and jumps to 16 and then just randomly dots around in the teens until we help him out. 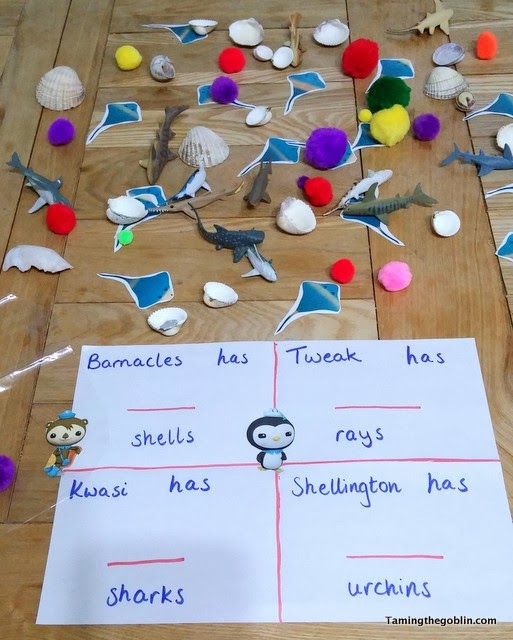 So I wanted to provide more opportunities for Goblin to practice counting those big numbers. But he won't do anything unless he's interested. I can't just suggest we count pasta - his response would be "Er, no thanks!" So I needed to make up a game that would grab his interest.
His current obsession is Octonauts and the idea of helping them out would definitely capture his imagination. So I made up a sheet to encourage a bit of reading. It named a character and the sea creatures that character was counting. I asked Goblin to help his favourite character Peso to identify what each of the four characters were collecting, help the character collect them on their sticky back plastic "collection tank" and count them, and finally help Peso to write the correct number in the box. 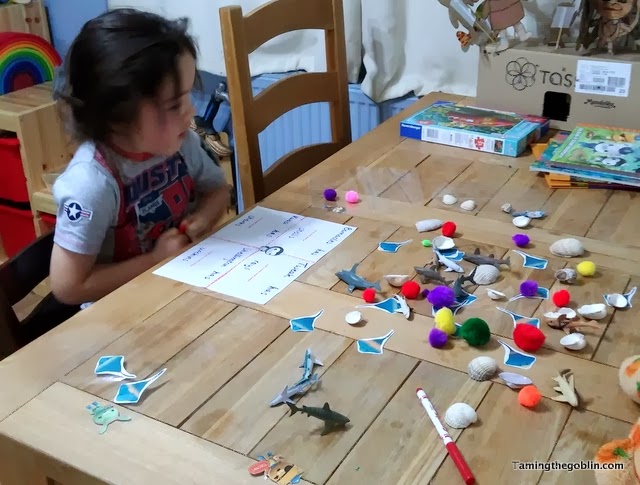 The game provided opportunities for


I used simple objects we already had: plastic sharks; sea shells; pompom sea urchins; and manta rays that I found on google images and printed off. Goblin stuck them to the plastic sheets provided and I helped him count them up. 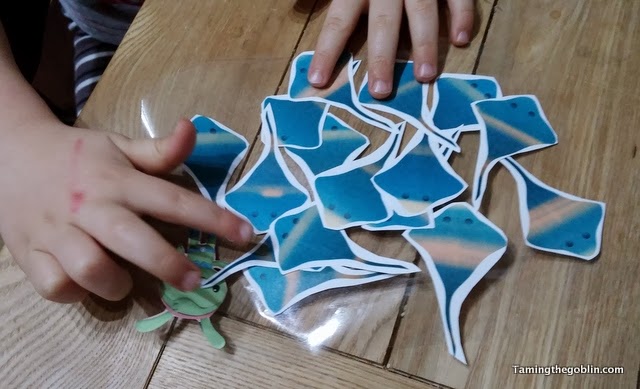 When he'd arrived at the right number I wrote it down and he copied the number. We counted three of the four sets of objects and he wrote down two of them. That was pretty good going for us. We stopped because he got distracted when he discovered he could colour the inside of the sea shells with a felt tip pen! 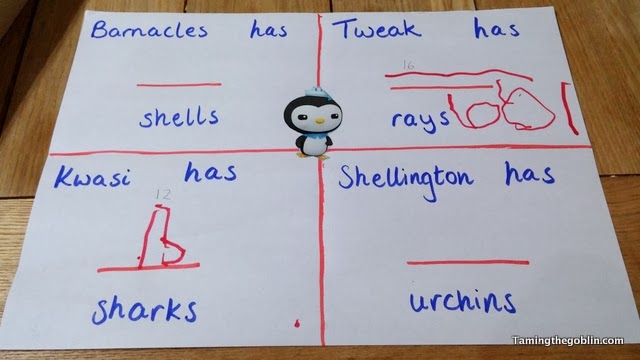 Posted by The Monko at 06:00
Email ThisBlogThis!Share to TwitterShare to FacebookShare to Pinterest
Labels: 4 years, child led learning, Montessori, numbers