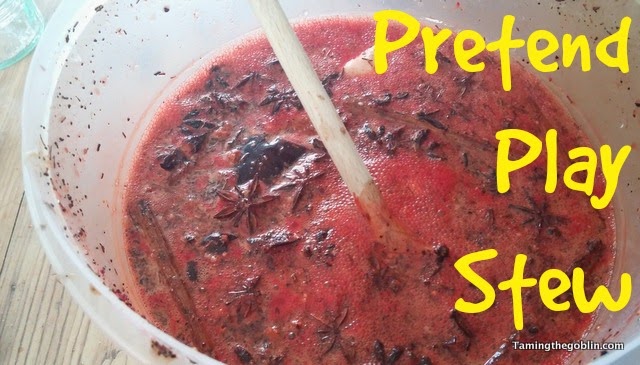 Goblin decided that he wanted to make stew.
"I need ingredients" he declared. 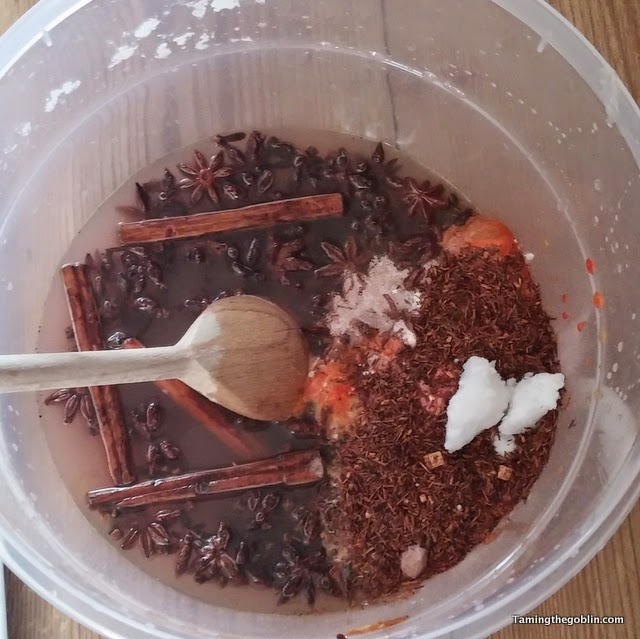 This was new. We'd done regular baking before but he hasn't done pretend cooking since he was about 2 years old. I love spotting changes in his play. I never know what it signifies but it intrigues me.
Our kitchen is a treasure trove of ancient things that have been crystallising or gathering dust for decades, so I went off to find some fun ingredients for him. When I got back, Goblin has already found some for himself, including the star anis and cinnamon sticks we use with playdough, and some actual playdough. 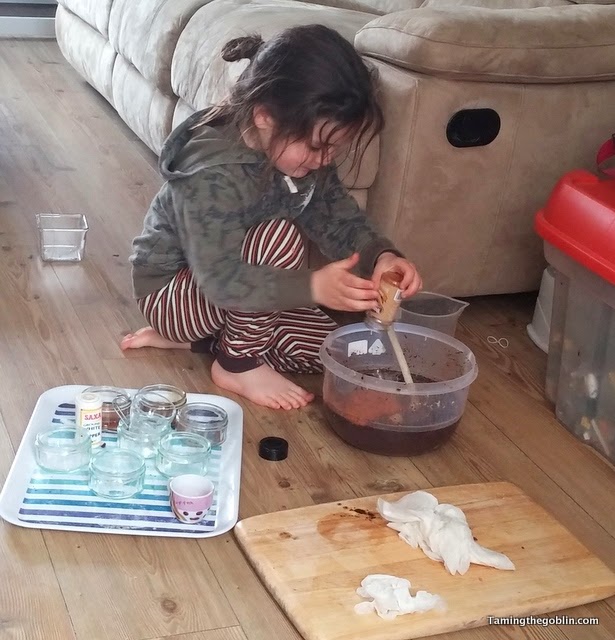 I offered the addition of some salt, sugar, bicarbonate of soda, curry sauce, bacon salt, the contents of a few (nasty) herbal tea bags, used coffee grounds, and an old tub of white pepper with a shaker attached (his favourite). 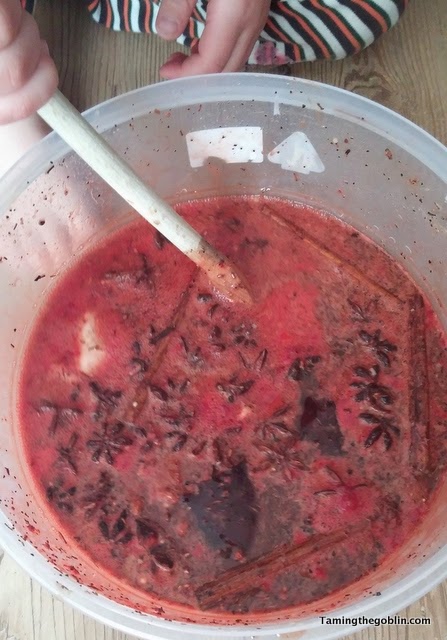 Goblin gleefully added all the random packets and jars, stirred enthusiastically and then fetched a jug of water to round it off. I also found some packets of cool aid in the back of the cupboard. When we added these they fizzed excitedly. We were both rather excited by this discovery.
Saying yes to this unexpected bout of imaginary play gave us a great opportunity to connect and have some simple fun. The only down side is that Goblin is so proud of his concoction he won't let me throw it away, and its very smelly! 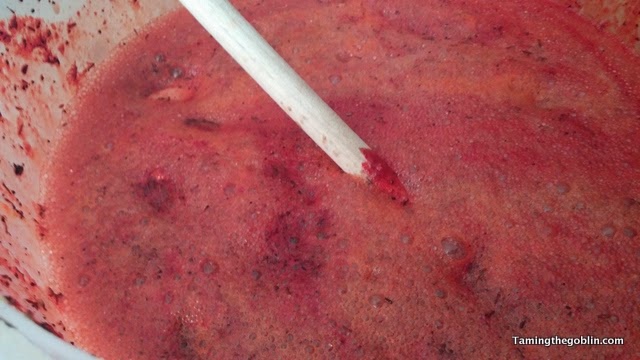