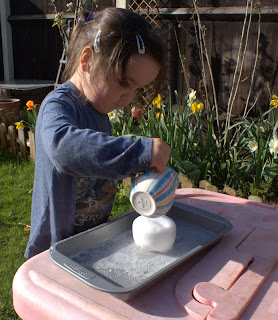 This weekend Goblin and I did some science experiments. I'm rather pleased with myself because they both involved a montessori style practical life element without me having to actually plan anything. I was looking for something to distract Goblin. He was about to have a melt down because I had to stop him playing with the garden hose before the grass drowned under a foot of water. Before I turned the tap off for the final time I dashed inside and grabbed some bicarbonate of soda and a jug of vinegar. I presented it to Goblin on the lid of his sandpit. 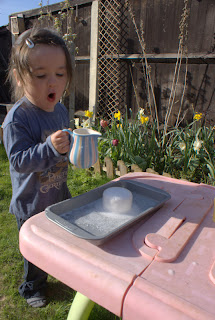 I poured some of the bicarbonate of soda into a pot, and gave Goblin the jug (good pouring practice). He poured it in and was instantly excited by the foaming and the hissing noise. 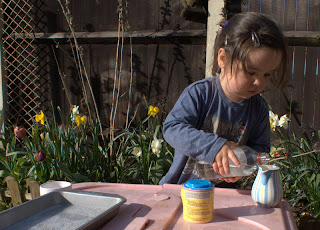 In fact he was so excited that he wanted to do it again and again. Eventually we ran out of vinegar. But that didn't stop Goblin. 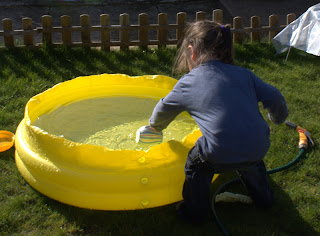 Ever resourceful, Goblin decided to try and recreate the experiment with water. This was a good learning experience for him, because obviously the water did not create the same effect. 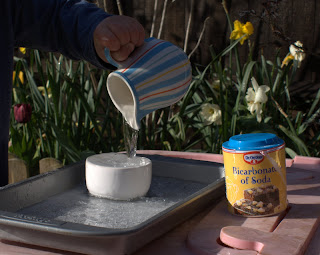 No matter how much water he added!

Our other experiment was making a non newtonian fluid. Although I have known about this for years I have never actually done it. This again was me trying to create a diversion for Goblin. He found some food colouring in a draw (he's now tall enough to open the top draws - groan!). He was really keen to open them up and pour them into something, and rather than waste them I thought we could add them to cornflour and water. 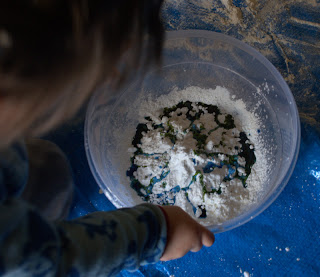 Getting the quantities right for our cornflour and water mix took a bit of trial and error. We ended up with two packets of cornflour and two little jugs of water and quite a lot of food colouring - about a bottle and a half before I could stop Goblin. 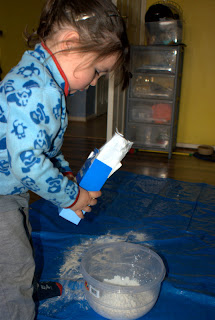 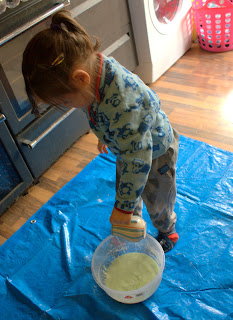 And the result was amazing. It is the weirdest stuff. To be honest once Goblin had done all his pouring he wasn't particularly interested in the finished product - especially because stirring it is really difficult because it keeps going hard! I wonder whether his disinterest was partially due to him being too young to realise it shouldn't do what it does. I took a video of it doing its weird stuff for anyone who hasn't seen it.