Our Painting - Success or Disaster? 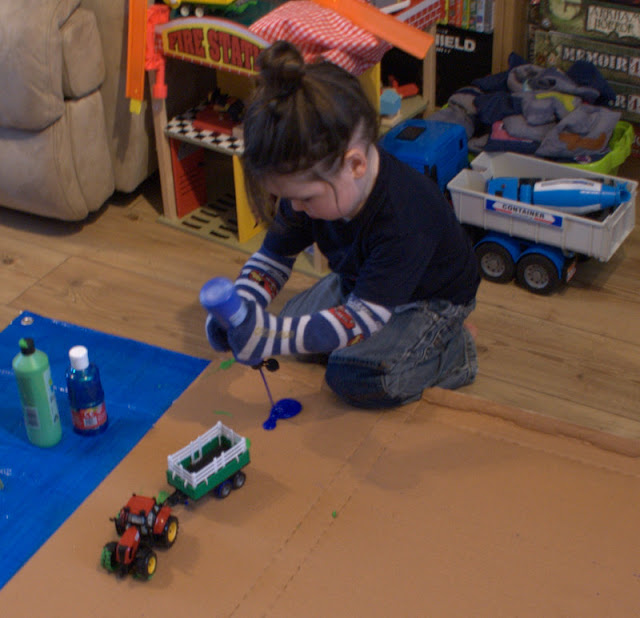 This weekend I acquired a giant piece of cardboard. I was really excited about the crafting possibilities for Goblin. I laid it out on our plastic mat and suggested to Goblin he might want to paint on it. Goblin jumped at the chance. He told me what colours he wanted and I got them out of our paint box - I keep this on a shelf out of his reach so we don't get impromptue paint sessions using the furniture as a canvas. 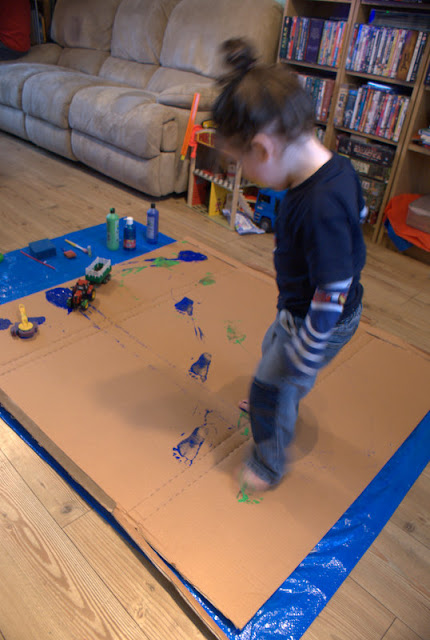 As you may have spotted from the photos Goblin was wearing his socks on his hands. He has been doing this a lot recently - pulling his socks off and putting them on like gloves. It made squeezing the paint out a bit tricky but it meant his feet were free to spread the paint. 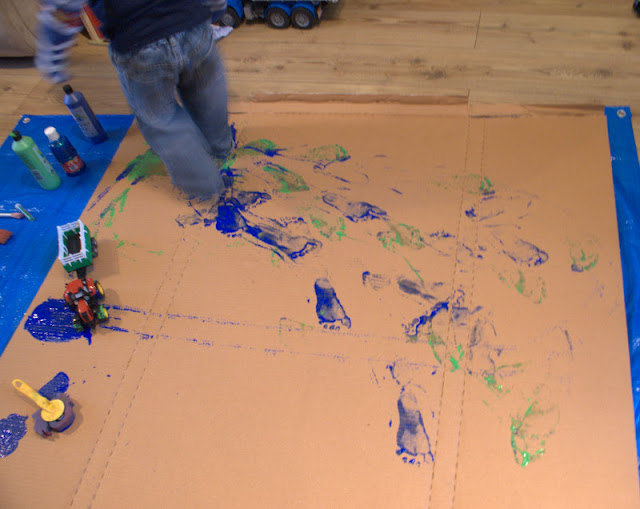 It suddenly occurred to me that I hadn't planned an exit strategy. I had let Goblin get paint all over his feet and hadn't thought about how to clean him off without spreading the paint everywhere. I quickly ducked out and filled a bowl with water. I placed it in our seed tray so Goblin could step off the cardboard and into the tray before washing his feet. 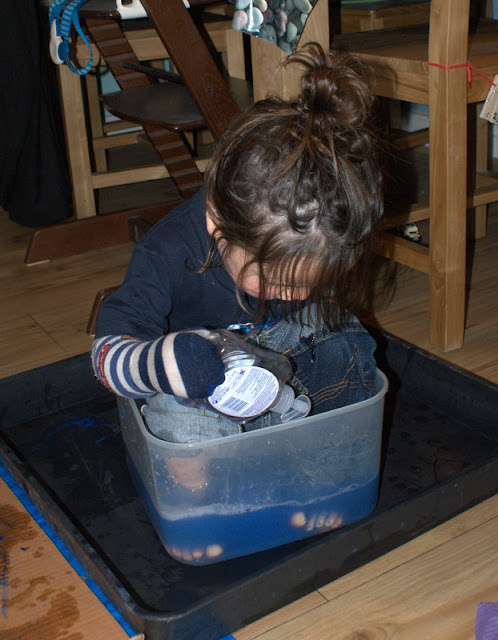 Goblin had other ideas. He thought this was a great extension to our game.  He tried to get completely inside the bowl, and then started jumping in and out of the bowl and across the cardboard spreading the paint and water. 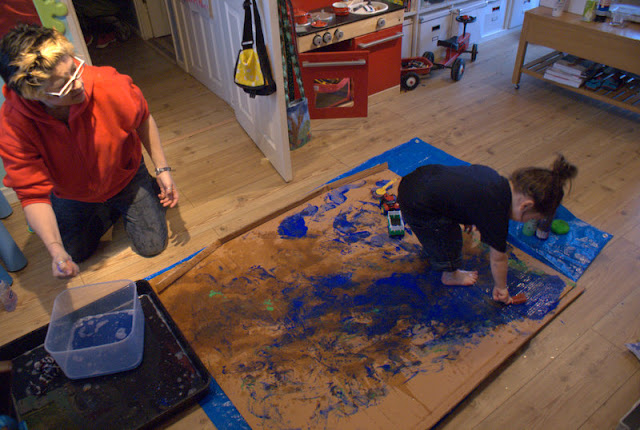 I watched, holding my breath expecting him to slip over any minute. Quite a few times he did slide in the paint but he always managed to right himself - I was quite impressed by his balancing skills. 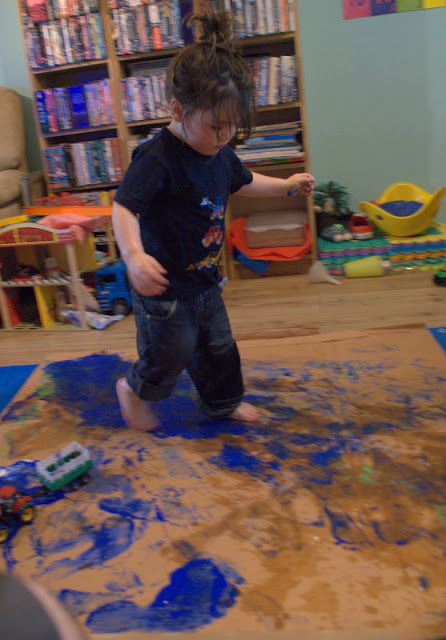 But when he decided to stick his entire head in the bowl of blue painty water I thought it was probably time to call it a day, and I scooped him up and into the bathroom to hose him down. 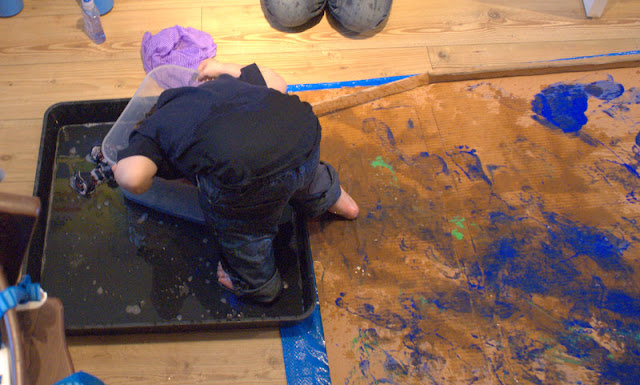 Unfortunately the cardboard was so soaked the I had to bin his masterpiece. Goblin certainly enjoyed himself and I still can't decide whether this is the worst thing I have tried in a while, or the best!

Posted by The Monko at 21:49
Email ThisBlogThis!Share to TwitterShare to FacebookShare to Pinterest
Labels: 30 months, toddler craft and painting