The International Language of Play 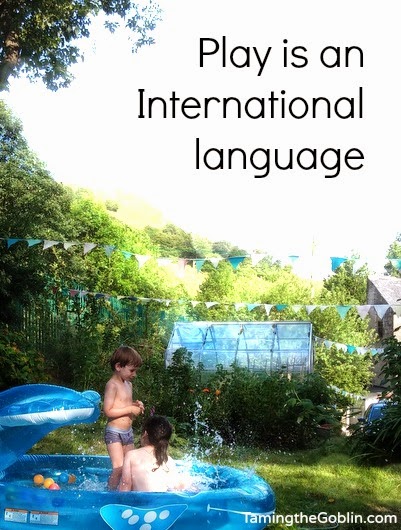 This weekend we met up with my University friends. They are a collection of Eurochums from Britain, France, Germany, Italy and Belgium. We have tried to meet up on an annual basis but with babies, bad weather, financial crisis and the rest we haven't actually all managed to be together for some time. So I was terribly excited that we finally got the gang together in Yorkshire. 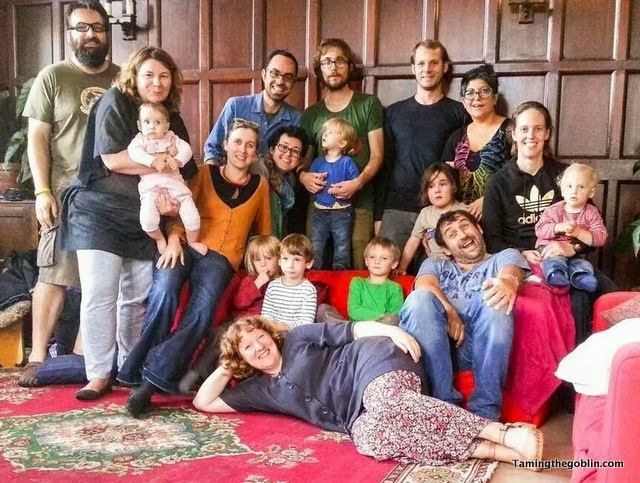 Over the years our breeders have produced two German children, two French, two Belgians and one British kiddo.  This was the first time since Goblin could talk that he had met any of them, and I wasn't sure how it would pan out what with him not speaking their languages and them not speaking his. 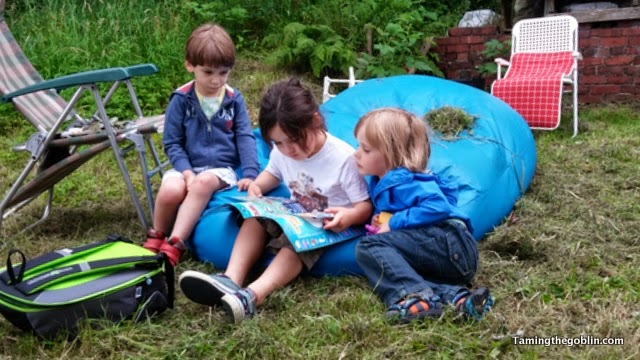 But I needn't have worried. The children played as if they all spoke the same language. Goblin just chatted to his new friends in English and they jabbered back in their respective language.
When that didn't work they smiled or pointed or gave each other one of their toys to play with so they could join a game. 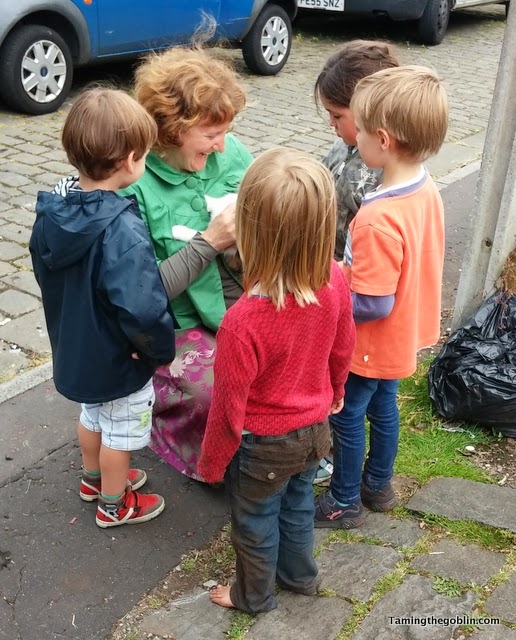 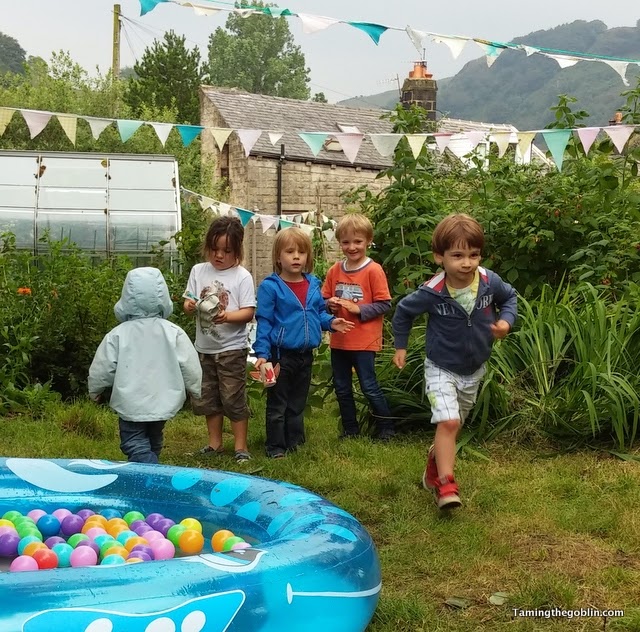