What ever the weather!

Being the happening party animals that we are, Hublet and I volunteered to dog sit on new years eve so my mother-in-law could go out for the night. Other than a bit of panicked barking at midnight when the fireworks went off, all went well so we thought we'd reward our canine companion with a nice walk on New years day.
(Despite the dog being on the walk I have no photographic evidence as she spent most of her time snuffling round in the bushes) 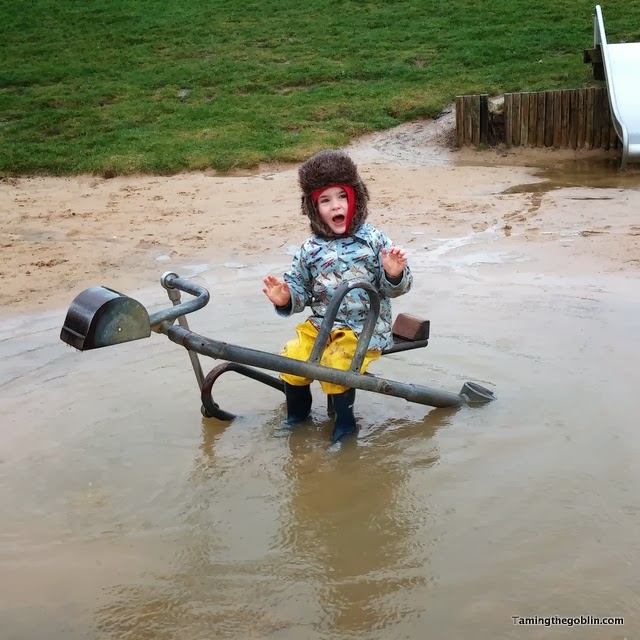 Unfortunately the weather was against us. The rain came down in sheets and the entire country park was flooded - I'm kinda amazed that they managed to get any fireworks off the night before given that it must have been tipping it own all night.

I rapidly regretted not wearing my waterproof trousers - not least because Goblin thought the best time to jump in the puddles was when I was standing really close to him. With his chest high waders and thermal under garments (including a new merino wool balaclava under his hat - mmm toasty!) our intrepid explorer was rather oblivious to the cold and rain.

We do need to find a solution to gloves though. He got through two pairs of wool ones on the walk, both getting rapidly soaked and covered in mud. But its soooo tricky trying to get non stretchy waterproof ones on him. He's out of practice - last winter Hublet had taught him duck hand/starfish hand so he could put the gloves on, but now he is back to limp lettuce hand and it drives me insane. 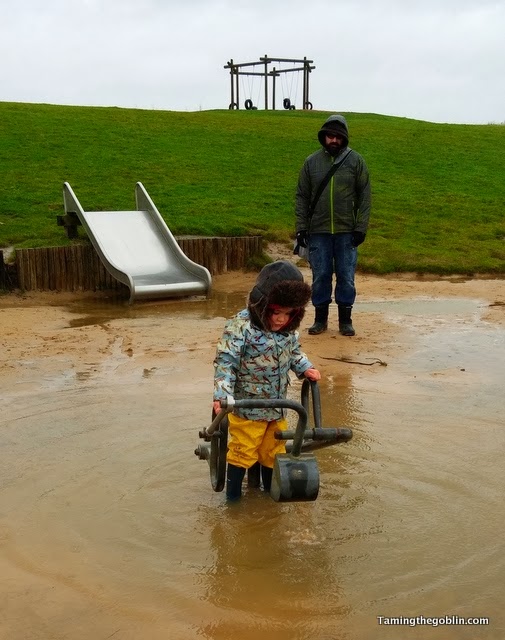 Despite the rain and the cold we had a lovely time splashing about and chasing the dog - although I think by the end of it even doggie had had enough and was ready to settle down in the back of a warm car. 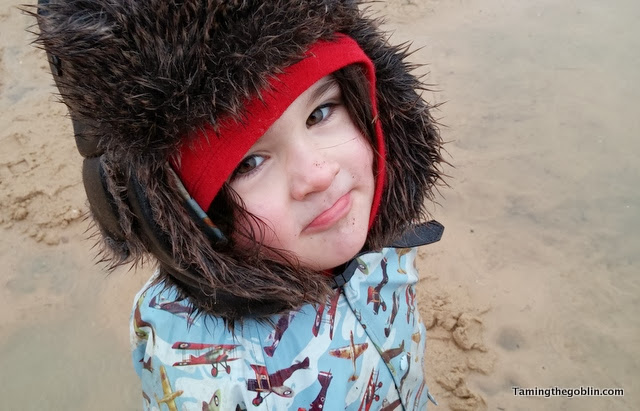 I'm shraing this with

Posted by The Monko at 22:13
Email ThisBlogThis!Share to TwitterShare to FacebookShare to Pinterest
Labels: 4 years, outdoor play, Winter