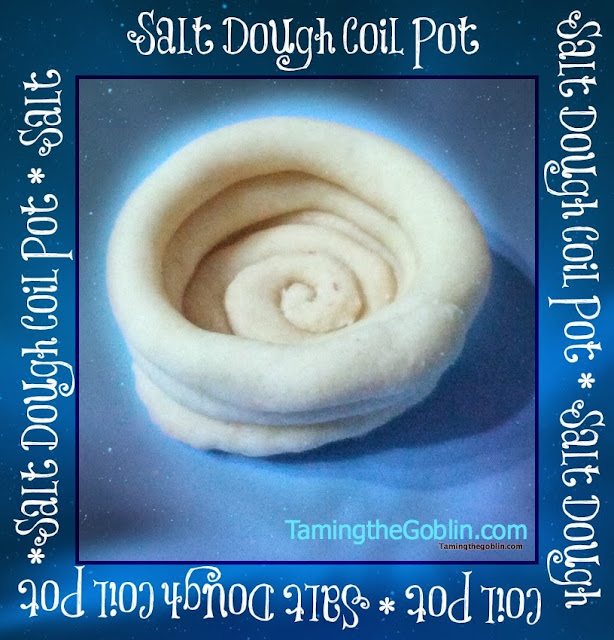 I had been racking my brains trying to think of something Goblin could make to give to his Aunties and Uncles for Christmas. He isn't into crafts at the moment so getting him to do any painting or pictures wasn't going to happen. But he does like construction, so I thought I'd show him how to build a coil pot. 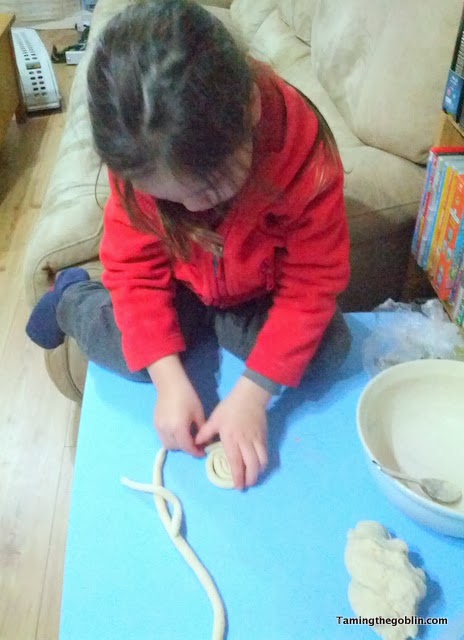 I whipped up a batch of salt dough and rolled it into long snakes for Goblin. I did a first pot to show him how to wind the snake round in a spiral and then build up the sides. Then he had a go himself. His first two were flat versions, but then he braved the walls and did a really great job of it. After a few pots he got bored and made a family of baby snakes and big snakes to give to his Daddy. 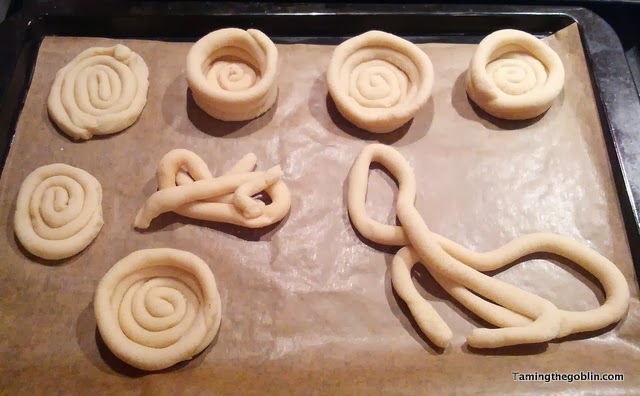 I popped them in the oven at a really low 150C/300F/gas 2 for three hours - yes I am not kidding they take for ever. Rainy Day Mum has a microwave version that takes only minutes but I like to do it old school. The next day I left them out for Goblin to paint. He wasn't particularly interested. In fact it took him three days to paint them so I could wrap them for his relatives. But at least he liked making them, I think we will do that again. 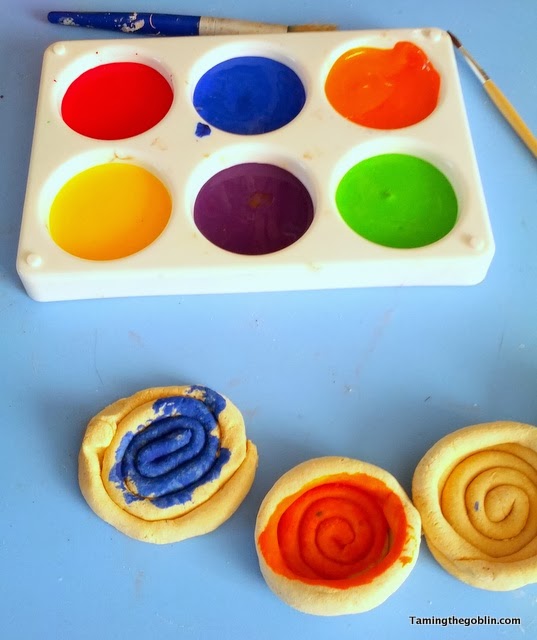 Posted by The Monko at 08:00
Email ThisBlogThis!Share to TwitterShare to FacebookShare to Pinterest
Labels: 4 years, salt dough, toddler craft and painting