Fun things to do with kids - Brands hatch 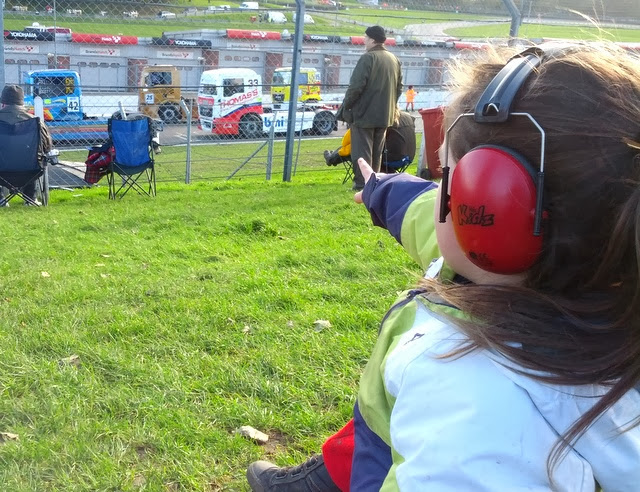 Goblin loves vehicles so we are always on the look out for new places to take him that feed his interests. The other day we took him to Brands Hatch to see some truck racing. It was surprisingly good value. The way the circuit is laid out at Brands Hatch means you can see the racing from all over without being stuck behind crowds of other people.
Given Goblin's sensitivity to noise we wisely brought his ear defenders which he asked for about two seconds into the first race. The races were quite long and while he was interested in watching bits of them, he didn't want to watch every race all the way through. But that was fine because as well as the racing there was a circus skills tent and a big fun fare with dodgems and diggers that the children could drive (these were from Digger land which is quite close by). 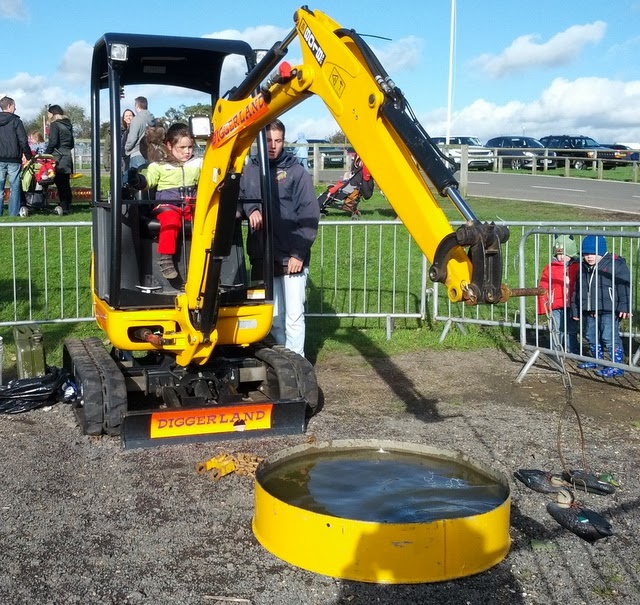 Best of all, you could go down to the pits and the paddock where all the racing trucks were parked up. Goblin was able to climb into some of the trucks after their race. And he collected free posters, postcards and sweets from the drivers. We watched some of the racing cars being loaded into two tier trucks using winches. And Goblin inspected some of the cars that had been damaged during racing and had fibreglass body parts taken off exposing their engine. (Grandpa will be so jealous!) 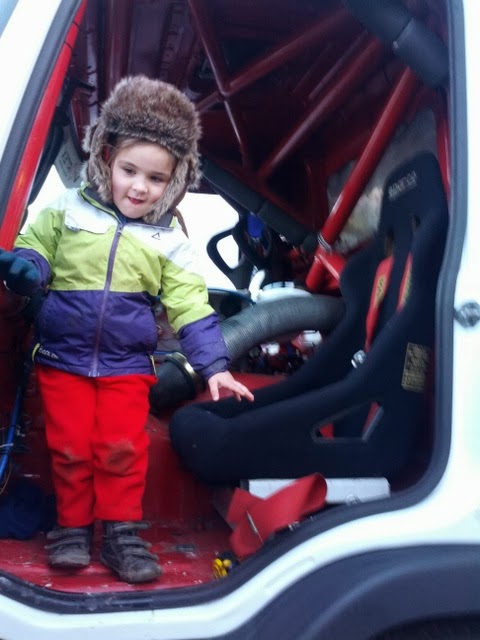 Despite it being a very cold day we stayed for about five hours. Goblin was so tired by the end of the day that he fell asleep on Hublet's shoulders while walking back to the car park. But he woke up in the car and spent the entire journey back excitedly telling us about the various trucks we'd seen. A great day out! 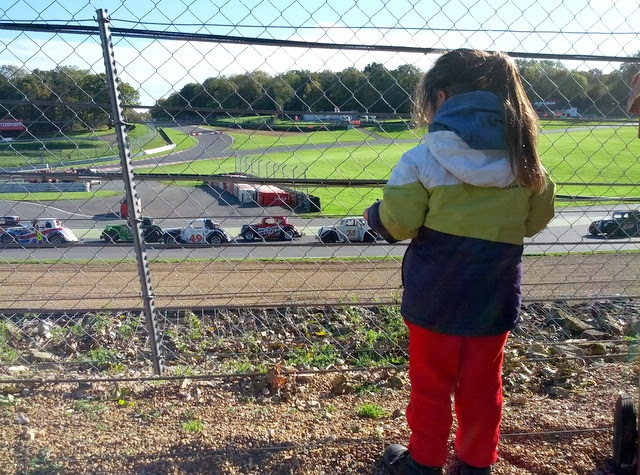 Posted by The Monko at 20:57
Email ThisBlogThis!Share to TwitterShare to FacebookShare to Pinterest
Labels: 4 years, outings, vehicles