Goblin had a party for his birthday and the fancy dress theme was 'Flight'. He'd wanted it to be 'Red Arrows' but we'd encouraged him to widen it out to give the parents a fighting chance at convincing their kids to actually wear a costume.
He had an amazing time, and got a huge stash of presents from his very generous friends. I had a bit of a nightmare trying to work out who had given us what present. A combination of cards becoming separated from presents and preschoolers signing their own names with no back up parental interpretation. But we got there in the end, a solid list of people to thank. 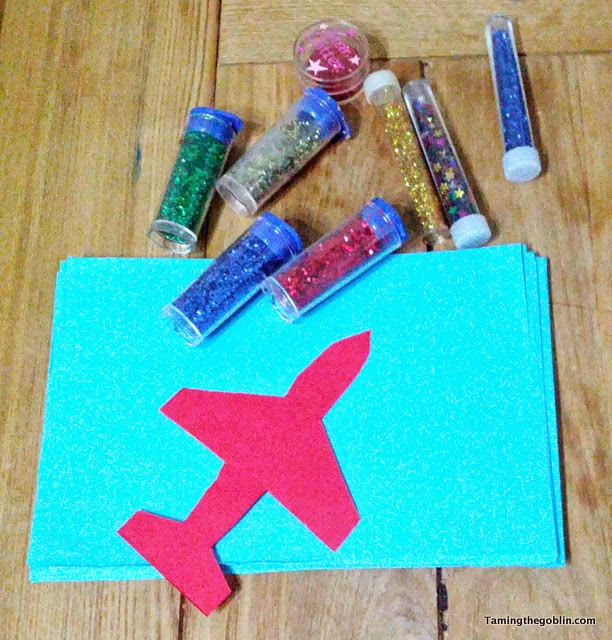 I'm trying to teach Goblin that its important to say thank you for gifts, and as he opened them after the party I wanted each child to know that Goblin was grateful for what they specifically had brought. But Goblin can't write, and he isn't interested in writing, so the idea of getting him to attempt to sign his name 16 times was off the table. Instead I tried to find a way that he could contribute to the 'Thank you card' making effort. 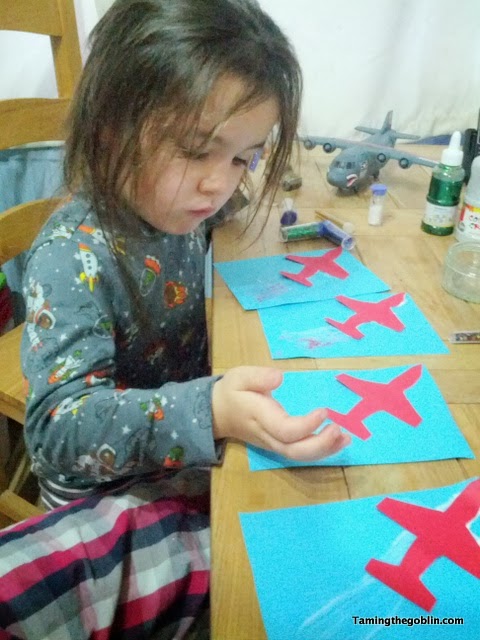 I cut out 16 identical red arrows. And laid them on the table with glitter, glue and blue rectangles of paper. Goblin found them first thing in the morning and before he'd even got dressed he wanted to start creating. This was great. I'd had visions of me coaxing him to do one or two and me ending up doing the rest, but he was very enthusiastic and we set up a little production line. His main interest was scattering the glitter to depict the smoke coming from the back of the red arrow planes. So I did big glue crossed and stuck the planes on, then laid them out for him to glitter. 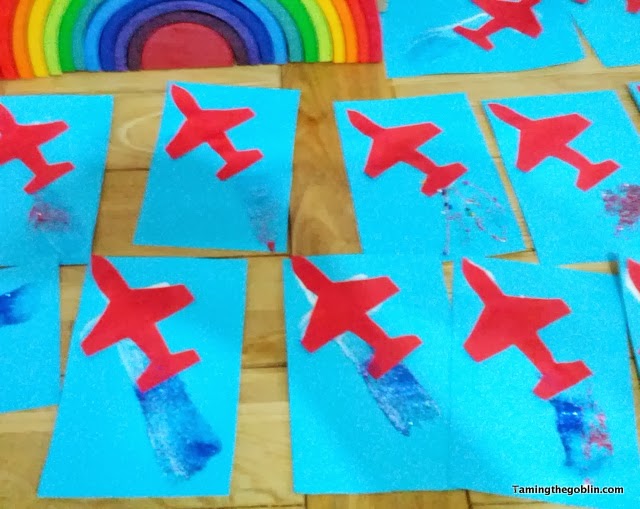 The finished products were simple, but Goblin had obviously contributed, which was what I was hoping for.
(sorry about the pictures, 6am lighting!)

Posted by The Monko at 19:38
Email ThisBlogThis!Share to TwitterShare to FacebookShare to Pinterest
Labels: 4 years, art and craft