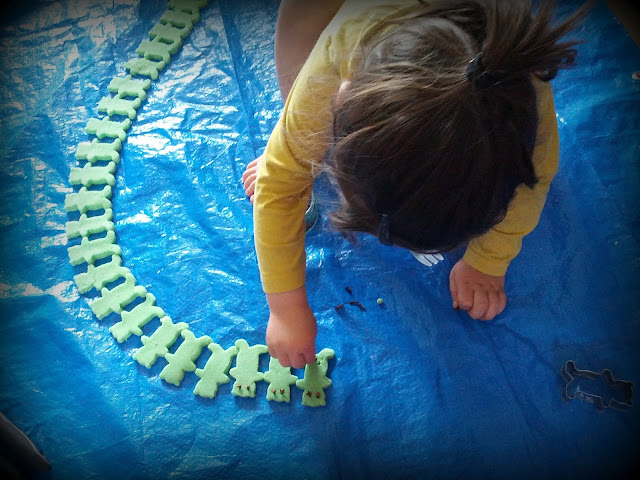 The Playdough pledge is a collaborative effort of Nurturestore, The Imagination Tree and Sun Hats and Wellie Boots. Its an invitation to trying something new with playdough in a week long playdate.
I have to admit I didn't think I'd "take the pledge". Goblin isn't particularly interested in playdough, preferring more granular substances for his sensory play - like rice and beans. But after seeing an entire week of awesome ideas from fab bloggers I couldn't resist trying something. Goblin has a bit of a summer cold at the moment so I decided to make Cold Remedy playdough. I used Nurturestore's easy no bake playdough recipe which has become my go to recipe for playdough because it never fails. But my special ingredients was a metric tonne of eucalyptus oil. And some green food colouring - I figured since its job was to cure snot it was appropriate for it to look like snot. 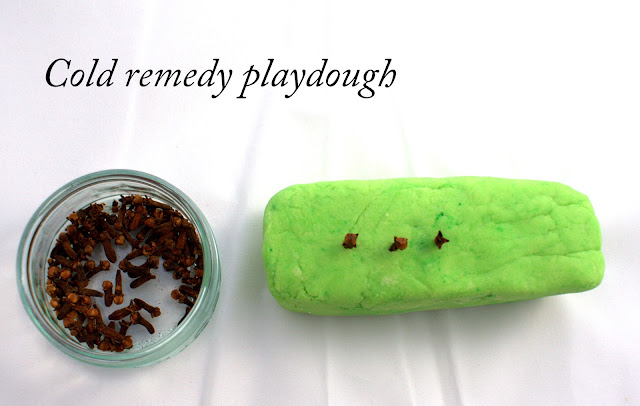 I made it the night before, wrapped a block of it in clingfilm (saran wrap) and placed it on his table with a bowl of cloves (extra smell sensations). My plan was for Goblin to insert the cloves Montessori style - he enjoyed doing a similar exercise with golf tees in polystyrene. When Goblin came down in the morning he looked at it inquisitively. He went over and started to play, but after about two seconds the playdough had been abandoned and the cloves were being scooped by the digger - I told you he preferred the granular stuff. 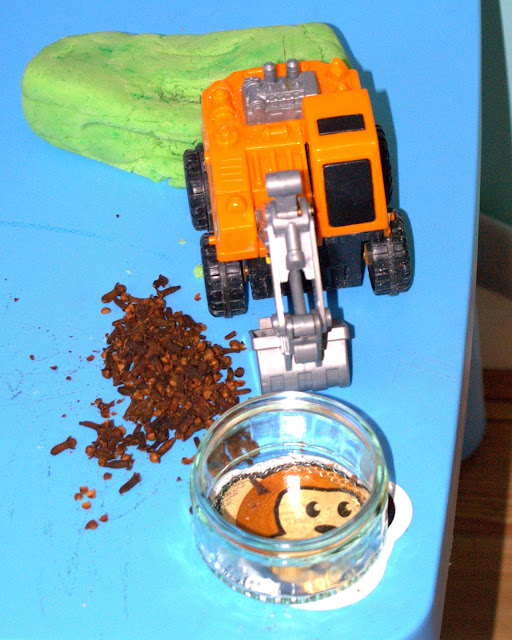 I have to admit I felt a bit deflated. I had thought my playdough idea was a good one but Goblin just wasn't interested. So I left it and we got on with having fun in other ways. However I took the time to mention my 'play fail' to the lovely Playdough Pledge gang. They were so supportive and one of them suggested I tried again but presented it in a different way (thank you The Imagination Tree). 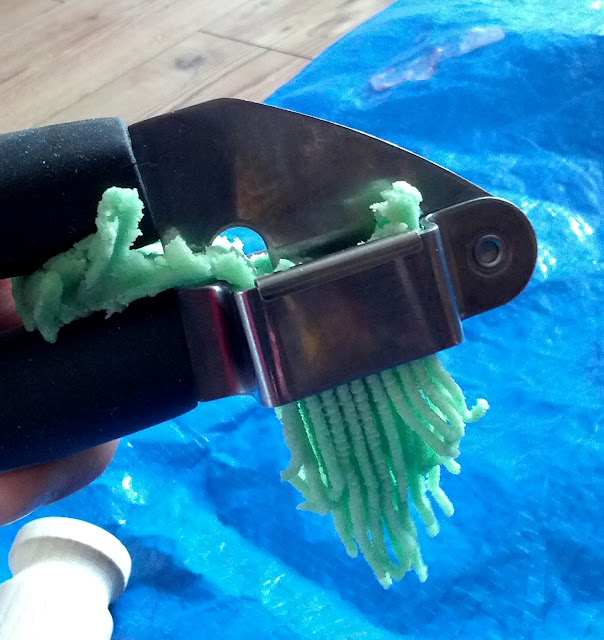 So when Goblin woke from his afternoon nap I gave him the playdough again. This time with a garlic crusher, a potato masher, a rolling pin and a cookie cutter shaped like a bear. It was as if he was seeing playdough for the first time! He loved it. 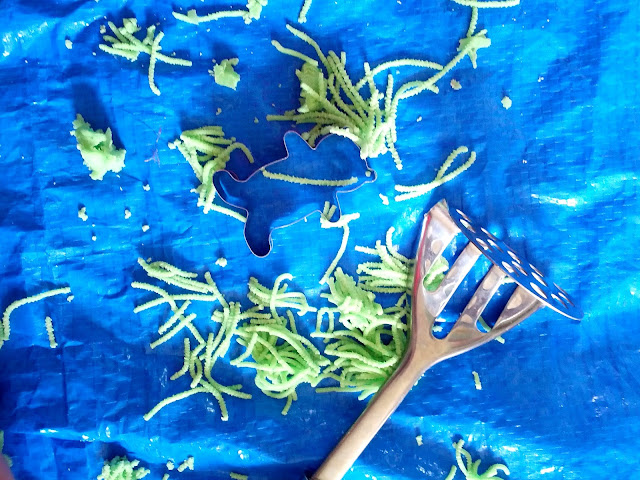 He spent ages using the garlic crusher to make tuffty stringy clumps - he called them snails but I think he might have been confusing the word snail and worm. Then he turned to the biscuit cutter. We have been reading Biscuit Bear

every night for a week and listening to the CD in the car (Goblin likes repeating books that he enjoys). He made the link between the biscuit cutter and the book and started stamping out biscuit bears and lining them up. The great thing was that every time we rolled the playdough it released a lovely Eucalyptus smell which must have been great for Goblin's sinuses. We got to 38 biscuit bears before we ran out of playdough. Then he went and fetched the clove jar that I'd left on his table and started decoraing the bears with cloves. I joined in giving them eyes. 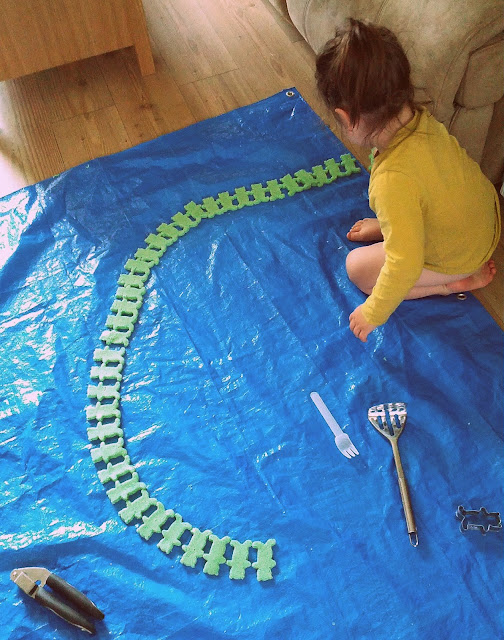 I couldn't believe how much fun we had with the same dough that several hours later I had written off as a failure. It just goes to show that timing and presentation have so much to do with whether a child will enjoy something - and its taught me a valuable lesson, just because Goblin doesn't show interest the first time doesn't mean I shouldn't try it again.

If you have any playdough related questions, or aren't able to get your playdough consistency right just leave a comment at one of the three participating blogs mentioned above and I guarantee they will have a great solution for you.

Posted by The Monko at 11:46
Email ThisBlogThis!Share to TwitterShare to FacebookShare to Pinterest
Labels: 32 months, Montessori, playdough, sensory play