Today Goblin woke up to a snow storm. Not a real snow storm, a play one I'd laid out before I went to bed last night. I am a total hypocrite. I wrote a post just last weekend on how kids don't need elaborate play, and then I go and do it this. The thing is I haven't done it in a while and I do love walking in to the living room with him when he discovers a play scene waiting for him. 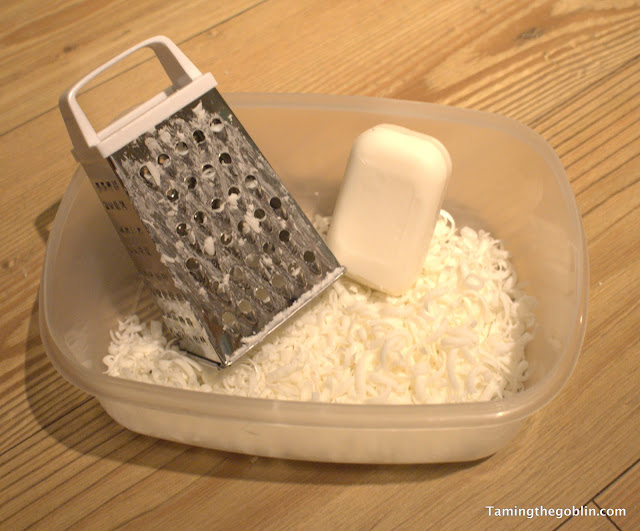 I made snow by grating four bars of cheap white soap. It was so cheap that it was squidgy so I could mould some into snowballs. It also smelled lovely - coconut scented. The great thing about soap snow is when your child has finished playing with it you can either add some water and mash it back into a soap ball for washing, or you can keep it for wet felting. 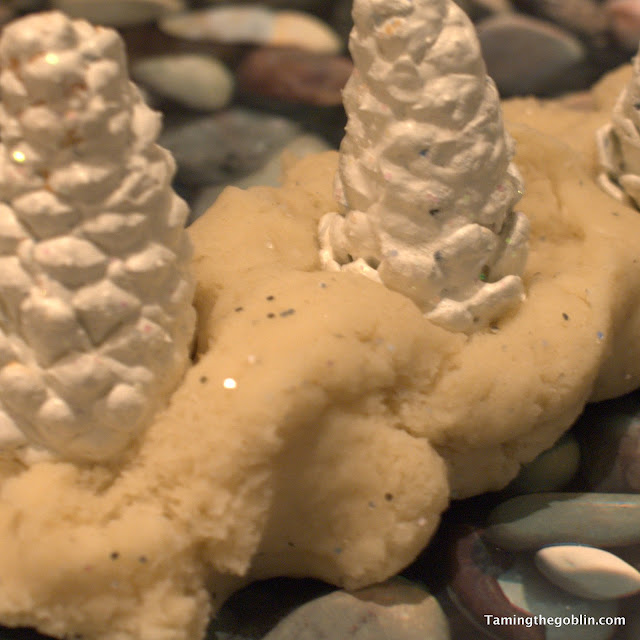 I also made some peppermint playdough. I always use Nurturestore's easy recipe which doesn't involve cooking - just boiling water. Where playdough is concerned I go on the theory that if you find something that works you should stick with it. I added peppermint essential oil to make it smell nice (Goblin has a cold so this was good for his sinuses) and I used some glitter for wintery sparkles. 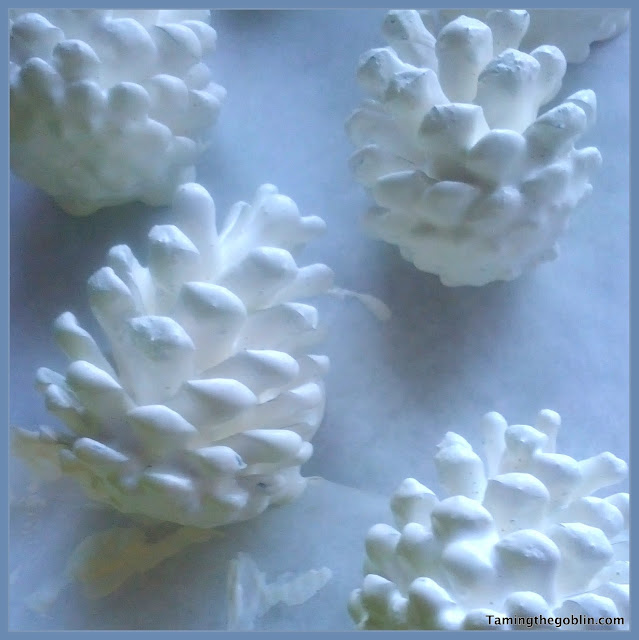 In the Autumn I collected a whole bunch of pine cones. I painted them white in the hope of making some beautiful ornaments to hang on our season tree. Unfortunately, while they looked amazing when first painted, they closed up as they were drying. I had heard that pine cones do this - there is a post about it on Science Sparks - but to be honest I hadn't really thought that paint would make them do it. Anyway my beautiful open pinecones turned into rather boring shrunken ones. So I covered them in glitter and donated them to Goblin's play scene as trees. 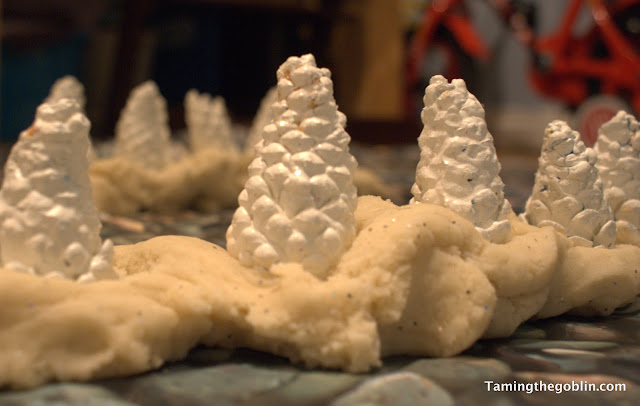 I have conceded that no matter what play ideas I come up with Goblin always defaults to his diggers. So rather than fight this I thought I would accommodate it. So I added his bulldozer and dumper to the snow to create a snow shovelling scene. 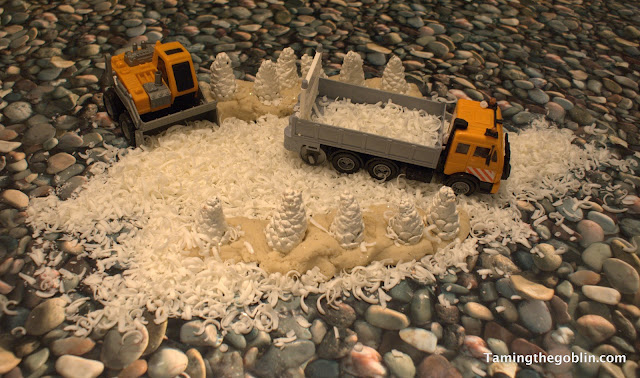 Goblin was suitably impressed when he found his little snow storm. He spent a good part of the morning moving the snow from one part of the mat to the other with his many digger and dumper toys. LAter in the day he added gravel to the snow (not a problem as the soap can be separated out by washing). And eventually he took his "forest" apart and rolled the playdough into balls and carted them around in one of his bigger trucks. All in all this was a very successful bit of sensory play as it kept him going on and off through out the whole day. 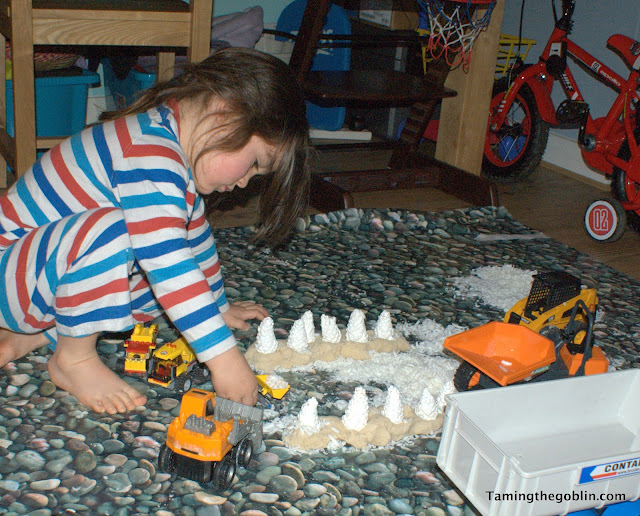 Posted by The Monko at 22:19
Email ThisBlogThis!Share to TwitterShare to FacebookShare to Pinterest
Labels: 37 months, playdough, sensory play, snow, Winter