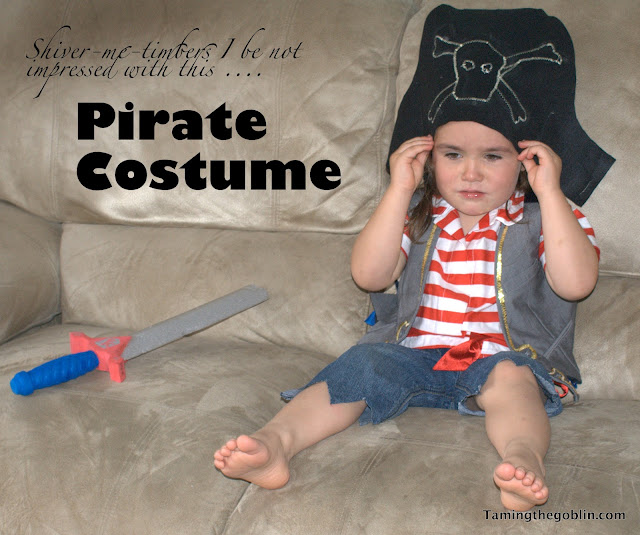 For Goblin's pirate themed birthday party I made him a costume. I sewed a stripey shirt using the same pattern that I posted about here. This may sound terribly industrious but really once you have used a pattern once its pretty easy to bash out a few more (I actually made two this time). I got a pair of Goblin's jeans that were too short for him and cut zigzag into the bottoms and did the same with a waistcoat that he'd grown out of. I also sewed gold sequins to the lapels of the waistcoat. I added a red ribbon sash (from one of my dresses) and my pièce de résistance was the hat - a piece of felt folded in half with the corners cut out to form a pirate captains hat shape, and a skull and cross bones embroidered on with the sewing machine on zigzag stitch. 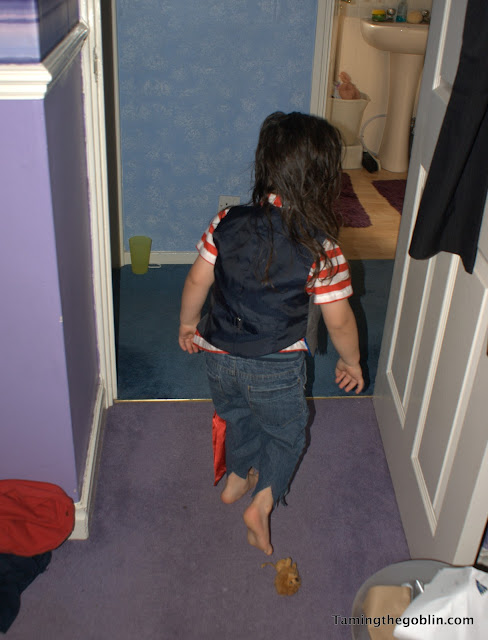 If any of you recall my Robot costume quick craft post you will remember that Goblin is not a huge fan of dressing up. Above is a photo of him beating a rapid retreat when I tried to get him to put the hat on. I finally managed to get one photo of him in his complete outfit (top photo) by bribing him with chocolate. You can see from his face that even the promise of chocolate does not compensate for the pain of having to dress up. 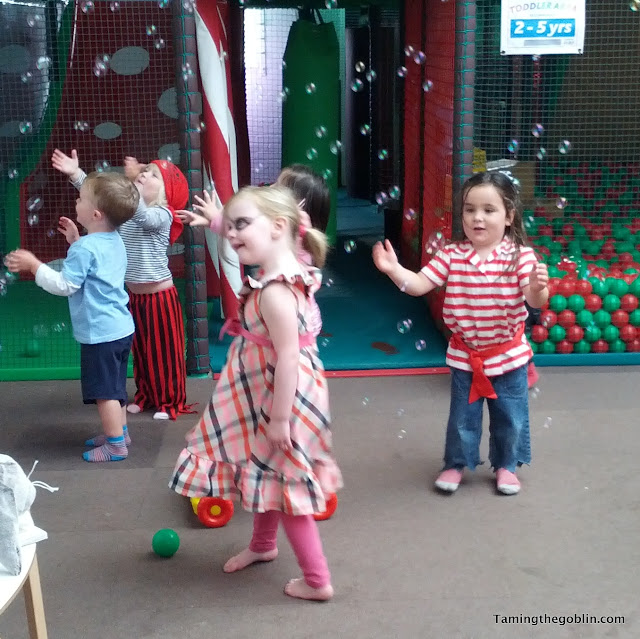 So rather embarrassingly this is the outfit he actually wore to the party. I think he looks more like a scruffy ice cream seller than a pirate but there you go. 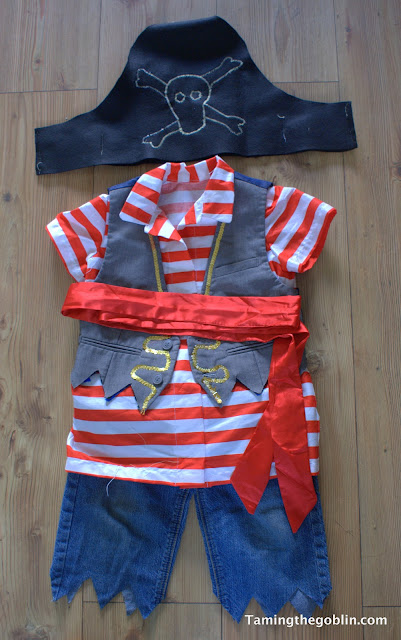 Posted by The Monko at 21:09
Email ThisBlogThis!Share to TwitterShare to FacebookShare to Pinterest
Labels: 36 months, Mummy's crafts, pirates