Making a shirt for Goblin 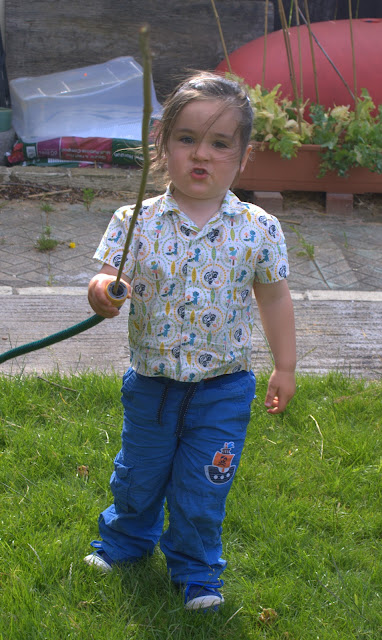 Last month I went to Canterbury for a work conference. While there I explored and found this adorable fabric shop - The Sewing Shop. It had all these beautiful fabrics and I just couldn't resist. To justify my purchases I thought I should probably make something - rather than just adding the material to my other piles of cloth that I hord. 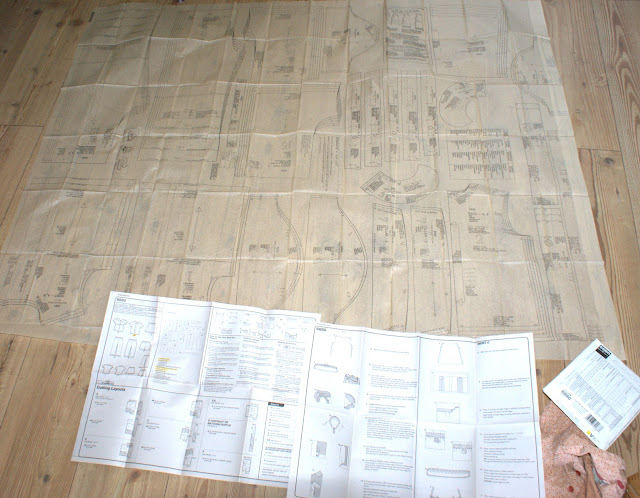 But the material was too cute and I didn't want to make a mess of it by doing my usual slap dash approach so I decided to invest in a pattern. For anyone who has never used a pattern they look like this (above). And usually come with several alternative cuts to a similar garment. So the first thing you have to do is fathom which bits of the pattern you actually need. Then you need to look at the many dotted lines on those pieces to work out which cut you need for the size you are making. 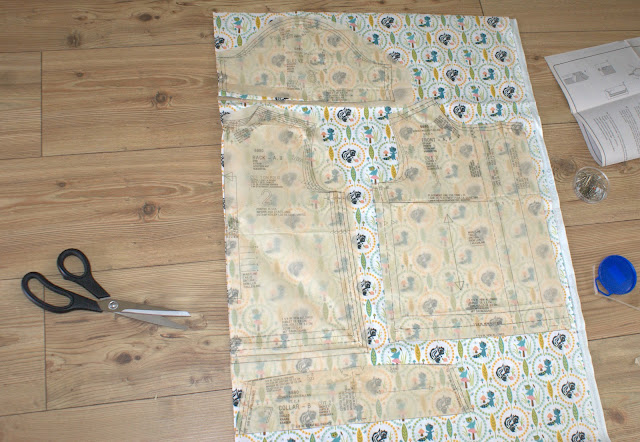 I played it safe and went with the age 4 cut - because Goblin is quite a big 2.5 year old and I didn't want to cut a size and it end up to small. As it happens the shirt fits perfectly so I was right to go big. The next step is to pin out the pattern. If your fabric has a print on it you need to follow the advised lay out so that your fabric print is all hanging in the same direction when the garment is finished. So here is where I made my first mistake - the pattern said to have the print facing down but for some reason I totally forgot and pinned it all facing up - fortunately as everything was folded over it didn't seem to matter. 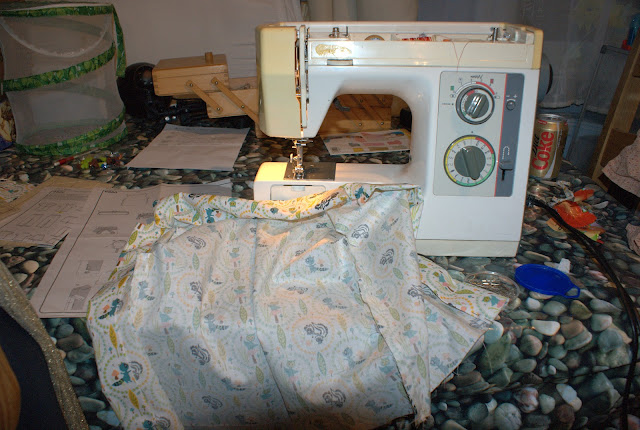 My other problem was the pattern is written in greek, or chinese or ... no wait... its written in 'seamstress'. There is obviously some guild that one must join before being let into the secret language of pattern followers. Who on earth knows what basting and facing mean. Well I do now but only after sitting on the laptop using the googles to look up every other word. "Basting" - means tacking, or fixing in place with a lose stitch that you remove later - or if you are me it means ignore and use pins.
The only bit I didn't ignore entirely was the advice about pressing the seams. It makes such a huge difference to the ability to sew corners and curves if you have pressed them first. 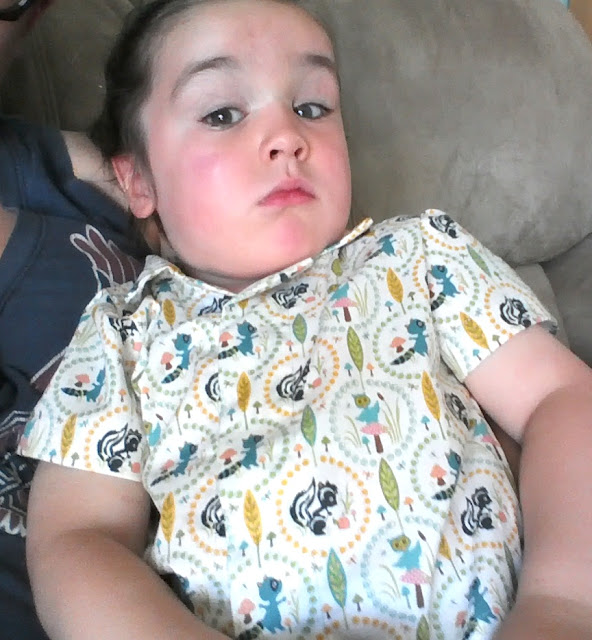 And here is the finished product - this photo shows the print really nicely despite Goblin looking pretty dubious about it. The shirt is supposed to have buttons but after making it and it turning out so well there was no way I was cutting into it to make button holes. So instead I opted for press fasteners (poppers). This will also mean its easier for Goblin to put on by himself. 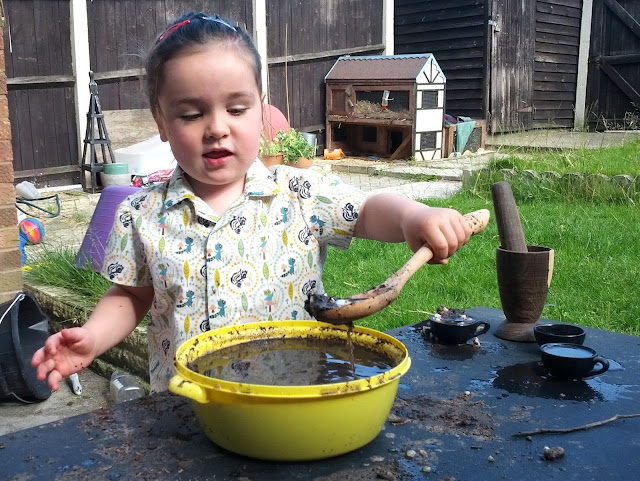 And because we don't do 'good' clothes and 'play' clothes in our house, Goblin's beautiful new shirt got a baptism of fire when he decided to go straight out to the garden and hold a mudpie tea party while wearing it. Now I get to see how it holds up in a washing machine.

Posted by The Monko at 22:24
Email ThisBlogThis!Share to TwitterShare to FacebookShare to Pinterest
Labels: 32 months, Mummy's crafts