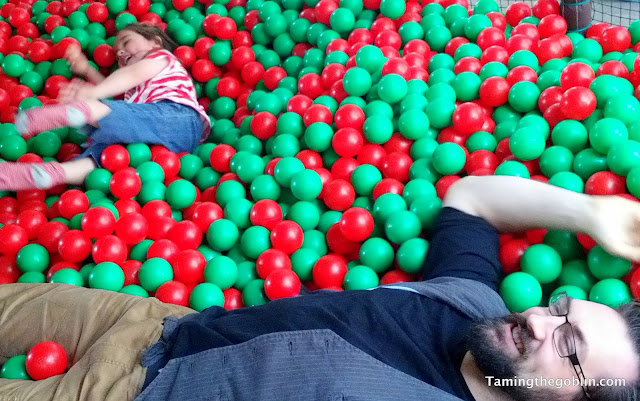 Goblin turns three this month and for the first time we decided to have a birthday party. But I am no Pinterest Queen and I realised that if we had it at home I'd spend the week before stressing about the party rather than enjoying Goblin's company. So we decided to cut as many corners as possible and hired a soft play centre. 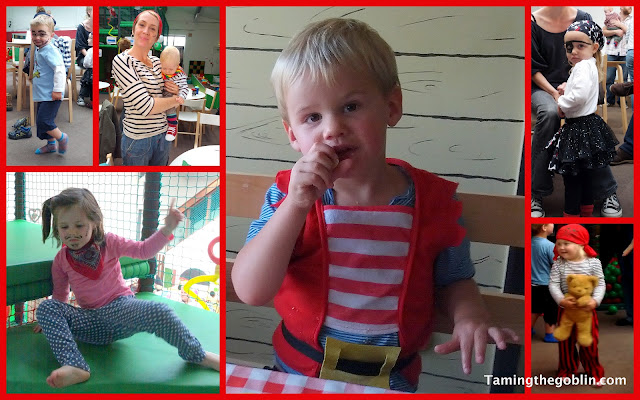 I did however decide to make it a fancy dress party. This was blatantly more about me than Goblin. I love fancy dress parties. Goblin however does not enjoy dressing up and I was not at all surprised when he refused to wear the majority of the costume I made him. But some of his little friends made a great effort. 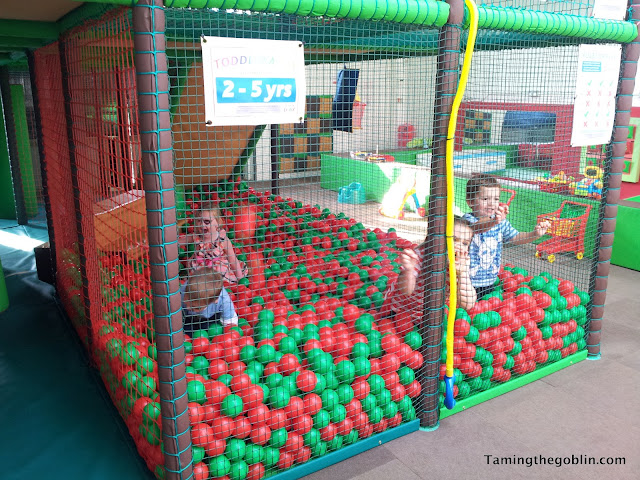 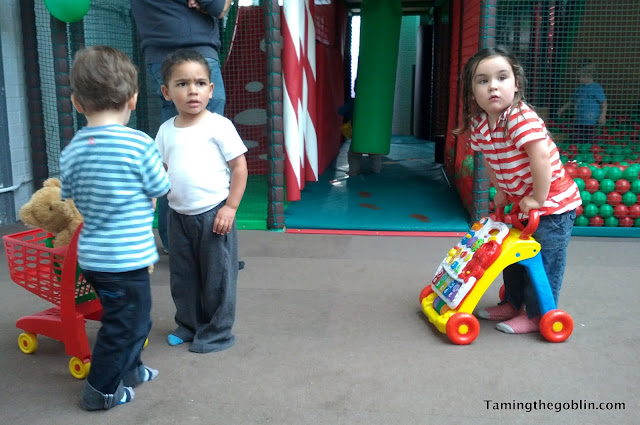 I managed to convert a couple of friends who are soft-play-a-phobic. Their experience has mainly been with really big soft play centres, however the one we hired is nice and small and you can always see where your child is. It also has a nice separation between the babies and the toddlers which meant our second generation could also enjoy the space. 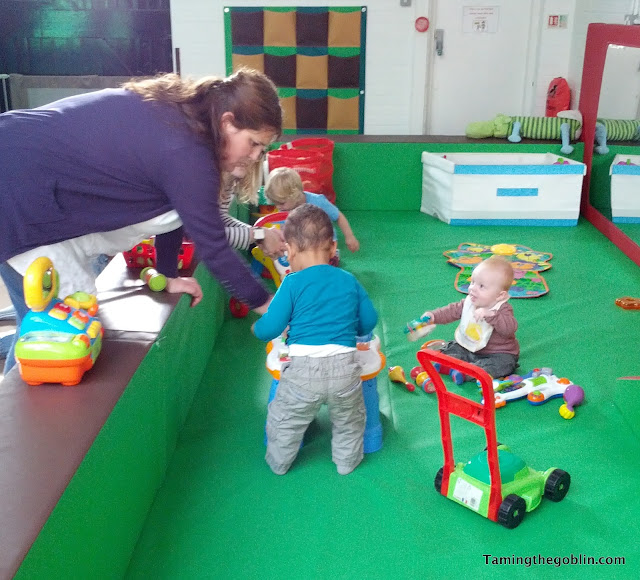 The centre had a master plan for the party. They let the kids play for 45 minutes and then called them all upstairs to a cute little room with tables where they laid on food for the kids. Meanwhile they also provided sandwiches for the parents. 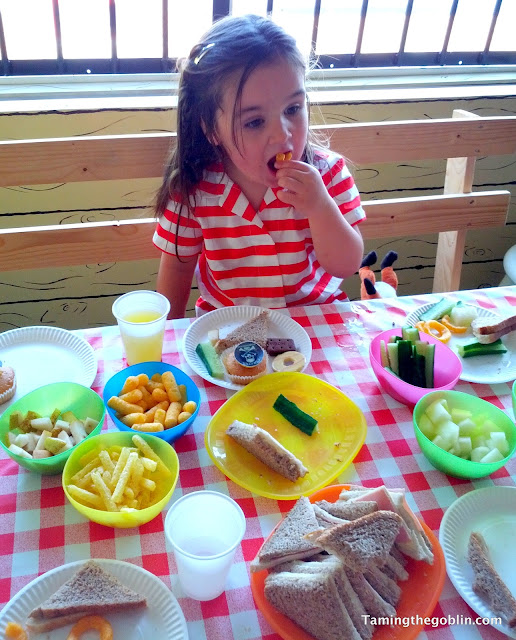 After the food they put on some music and the bubble machine which worked like a magnet for the kids. 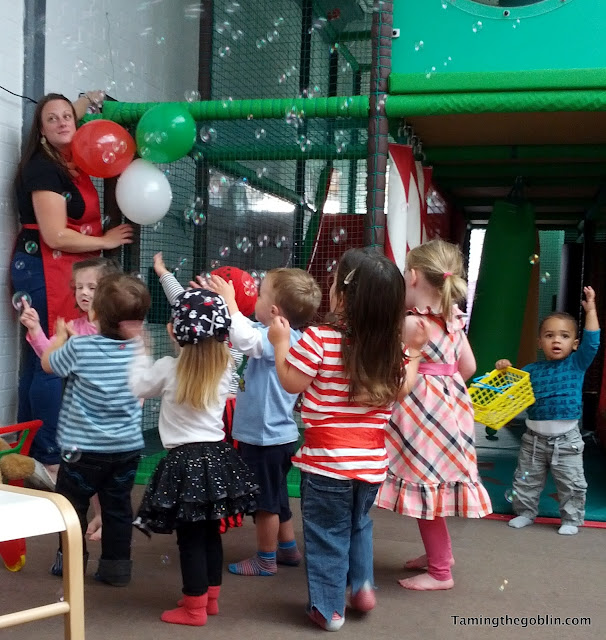 We haven't had great success with Goblin and other people's birthday parties. He has a tendency to get freaked out by the noise, number of people and unfamiliar surroundings. But this play centre is one we often visit with Bubble and Squeak and I made a point of telling him all weekend that were going there and his friends would be there. This reassurance and familiarity seemed to work as he was fine for most of the day. His only wobble occurred when they brought out his birthday cake and sang happy birthday. I saw the anxiety brim in his face. I suspect it was to do with the uncertainty of not knowing what was expected of him. But as soon as the song ended he blew out the candles and came to seek a cuddle and then it was gone and he was back and playing. 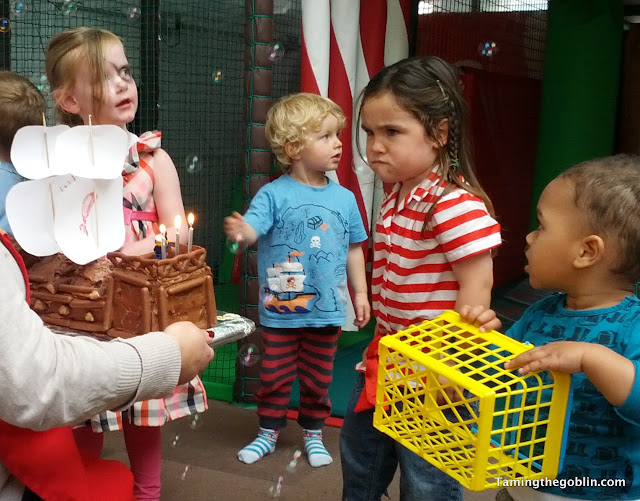 The party lasted three hours and by the end all the kids were rubbing their eyes. The brilliant thing was we didn't have to stay behind and tidy up, we just packed up our boy and left. 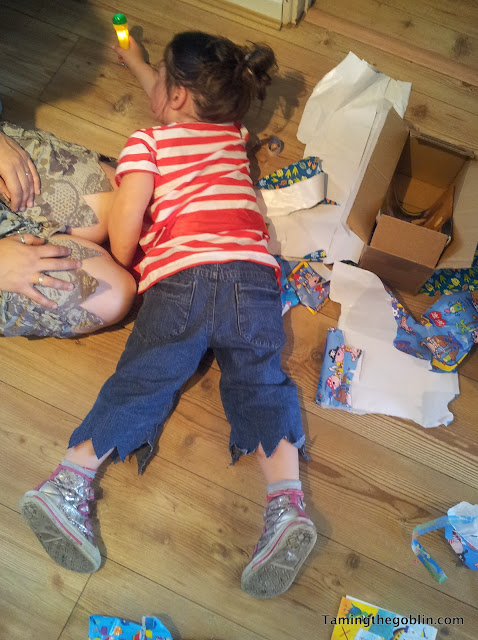 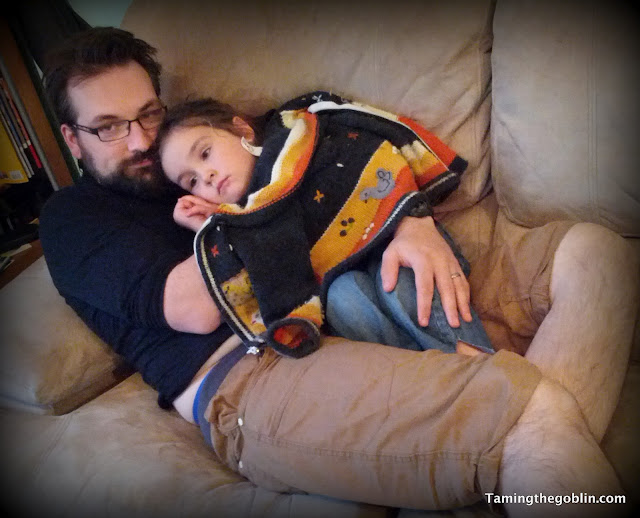 Plenty of time for family snuggles before bed.

i'm sharing this with

Posted by The Monko at 16:00
Email ThisBlogThis!Share to TwitterShare to FacebookShare to Pinterest
Labels: 36 months, cooking, gross motor skills, pirates