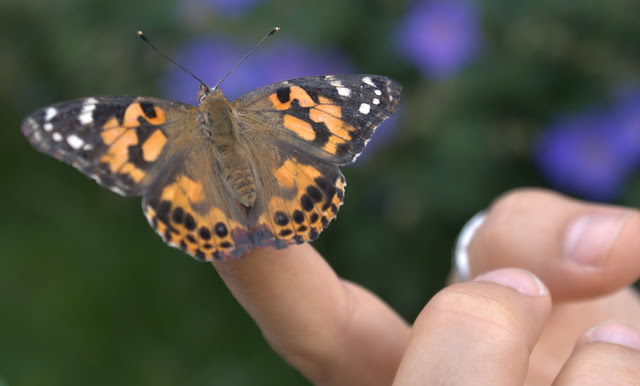 Last year a colleague of mine told me how they had "grown butterflies" at home. I was intrigued. I remembered this year after seeing a couple of posts on people's blogs (including Plain Vanilla Mom who has a 2012 Butterflies link up) so I got on the intewebs and ordered some caterpillars - yes that is right you can get caterpillars sent to you in the post - if you are in the UK look at www.insectlore-europe.com. Its not too late to order some for this year, you can order until September. 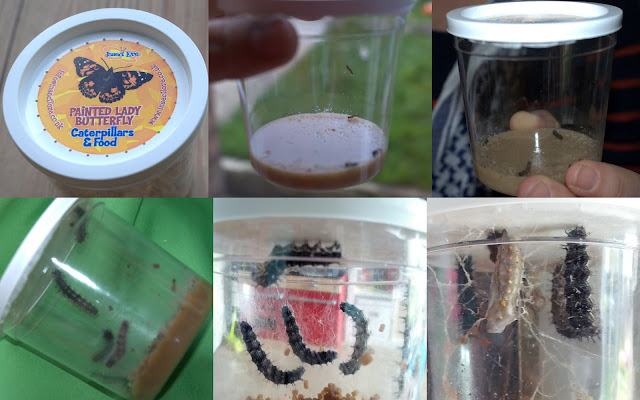 The caterpillars arrive in a sealed tub (with tiny air holes) and food in the bottom. On day one they were smaller than a grain of rice. But they grew so fast. Within a week they were enormous. 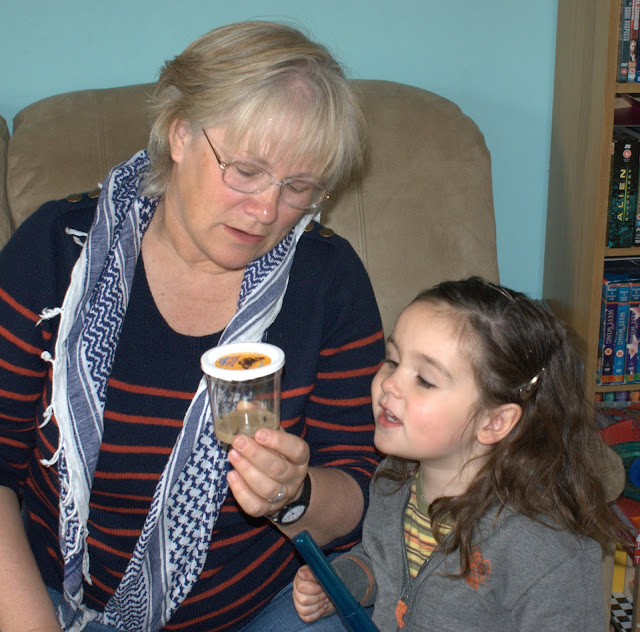 Goblin was fascinated and asked to see the caterpillars at least twice a day. When we first got them he kept asking if he could shake the tub - so we put the tub up high on a shelf just incase our constant "NO YOU CAN'T SHAKE THE TUB" didn't work. 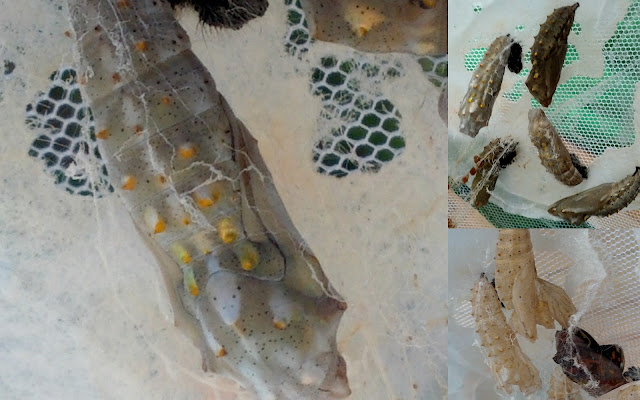 After a week (yes that fast) they formed chrysalis and hung themselves from the top of the lid. At this point you open the tub and peel the paper inlay off of the lid, and pin it to the side of the pop up net habitat they provide.
The chrysalis were fascinating. They seemed to have gold on them. They stayed in this state for 12 days. To be honest I kinda forgot they were there so its just as well Hublet had started to take an interest. 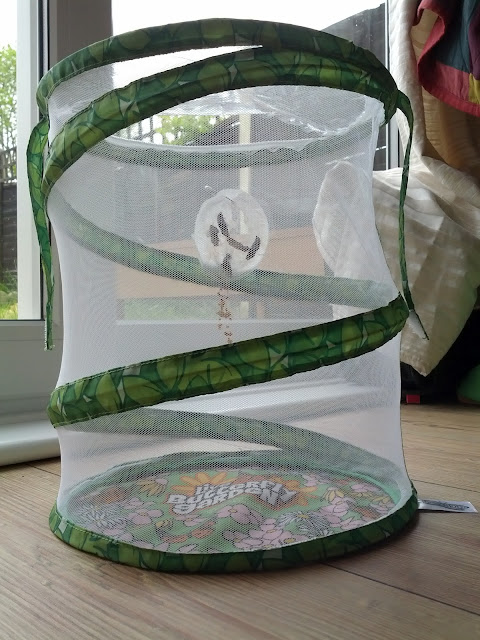 .
While I was at work last week I got a call from Hublet telling me the butterflies had started to hatch. Goblin became interested again, although he was slightly freaked out by the flapping. 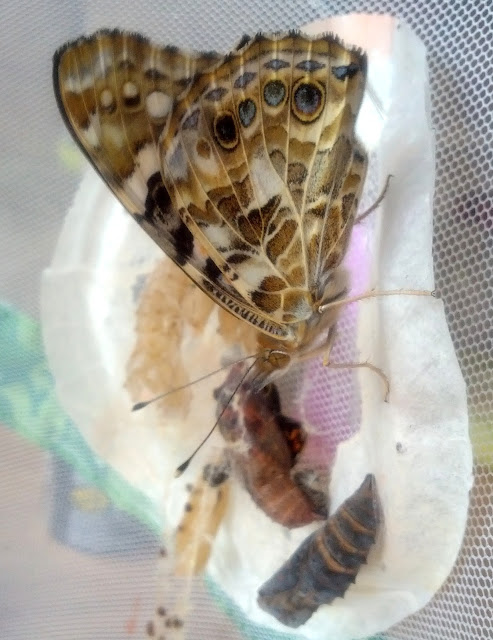 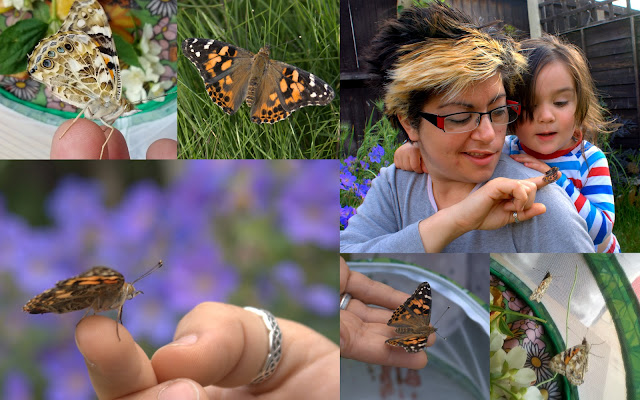 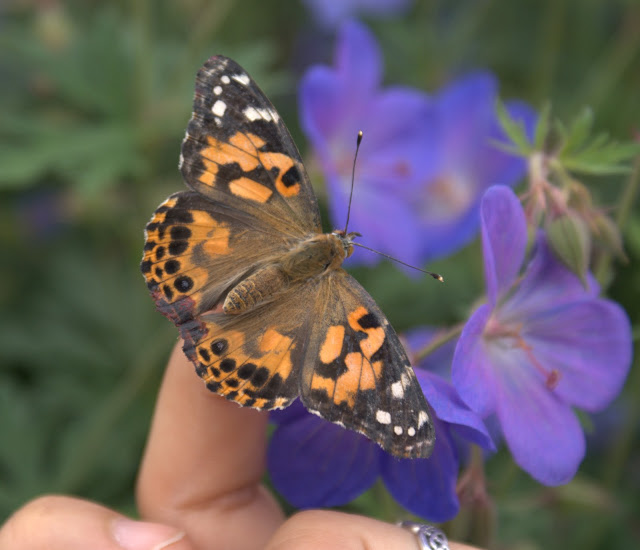