We are in Wales on holiday so despite the horrible weather I was determined to go for a walk on the beach by the house. I thought it would be good to get Goblin out of the house. I am a firm believer that toddlers are a bit like dogs in their need for at least one walk a day. 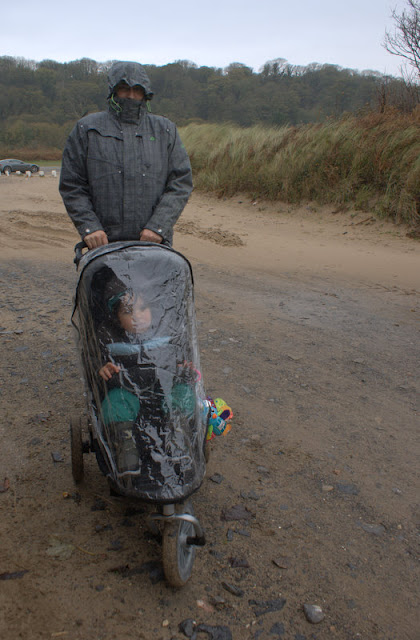 But the weather was against us and we had to wrap up warm. Suitable attire for a day at the beach! 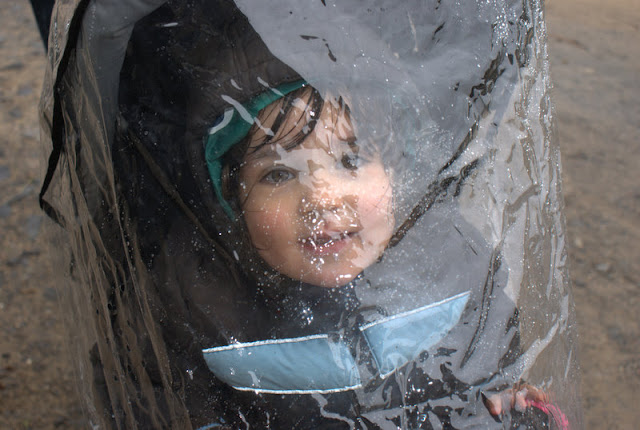 We had to cover Goblin's buggy in plastic because he was getting blasted from the sand being swept at gale force speed into his face. He was a lot happier once covered over. 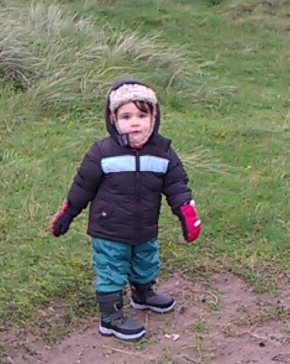 But once we got over the dunes we released him. At first he said he was cold and insisted on putting on his mittens and hat - this was in addition to a vest, long sleeved t-shirt, jeans, all in one rain suit with hood up, snow boots, and anorak also with hood up! I'm amazed he could move. 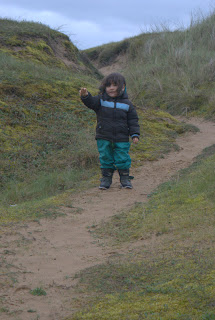 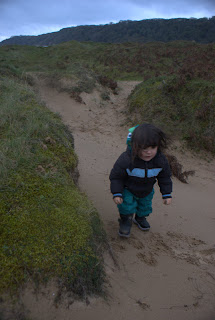 Once he did start running around he quickly shed the mittens, hat and two hoods. I was pleased to see he started playing with the sand - that is what you are supposed to do on a beach after all. 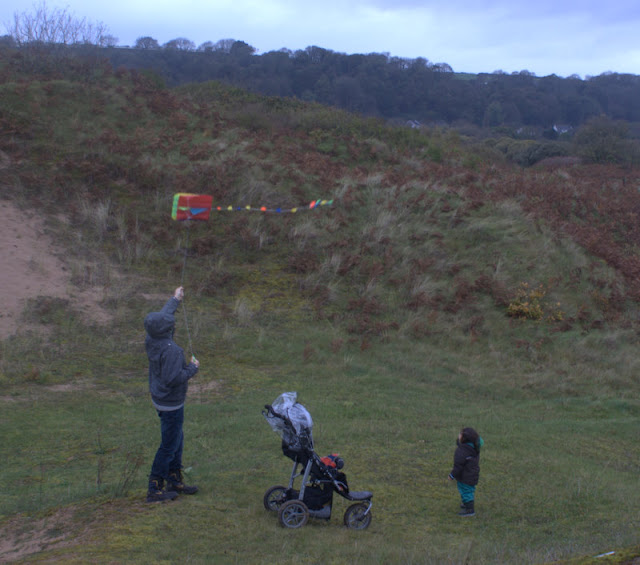 Hublet got out our little one string kite. Even in the valley of the dunes the wind was really too strong and we couldn't let Goblin fly it. (I have a 3m long 4 string kite too, but we didn't even consider bringing that down). 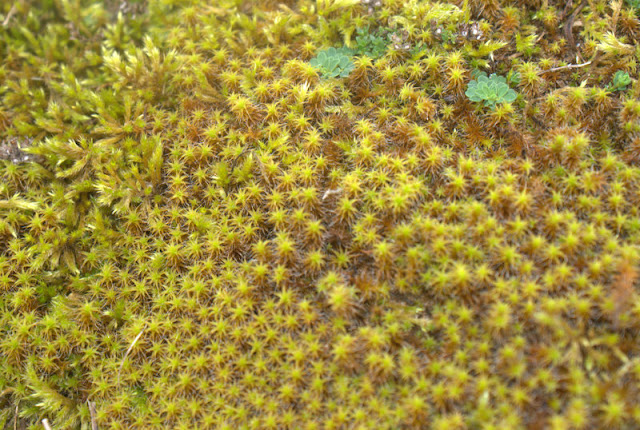 I found some amazing moss in the dunes, Look at the little stars in the foliage. Goblin liked this and the empty snail shell he found next to it. 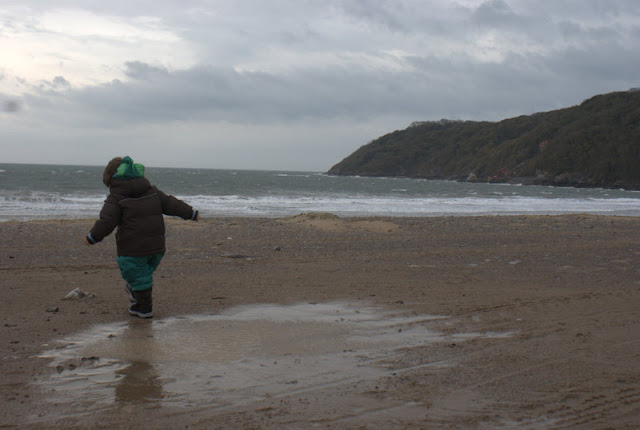 By the time we headed back over the dunes to the beach the rain had subsided and the wind wasn't quite so fierce. We were able to brave a walk along the sea front without risk of serration from sand blasting. 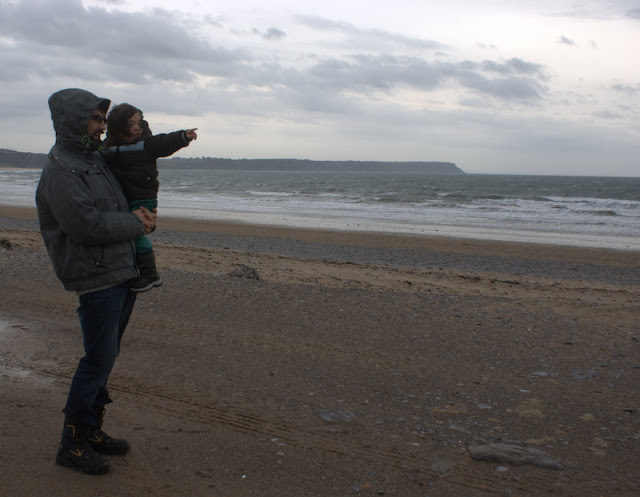 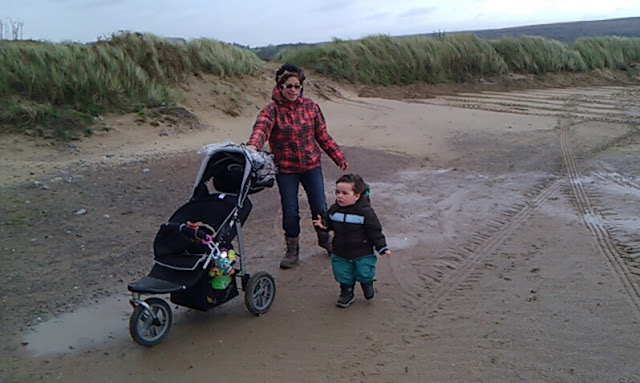 All the same Goblin wasn't too upset at being able to hop back in the buggy for the steep one mile climb back up the hill to the house.

Posted by The Monko at 22:17
Email ThisBlogThis!Share to TwitterShare to FacebookShare to Pinterest
Labels: 24 months, beach, outings, rainy day activity