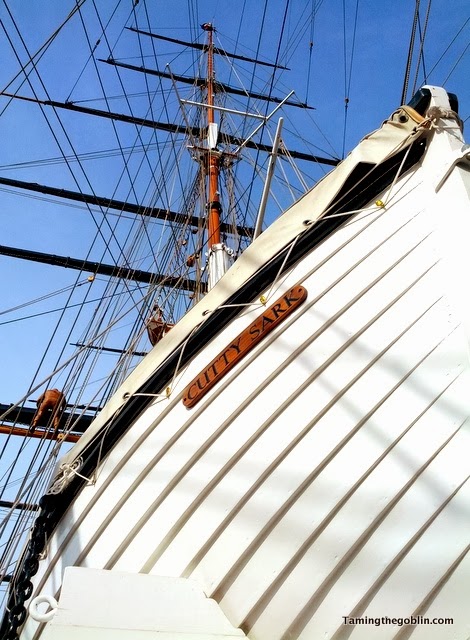 Over the past few months we have been getting a lot of outings under our belt. We have focussed on going to see things that Goblin is passionate about, so it was only natural that we'd visit some boats and ships. On one of Hublet's days, the boys visited HMS Belfast and one weekend when we were all together we went to see the Cutty Sark. 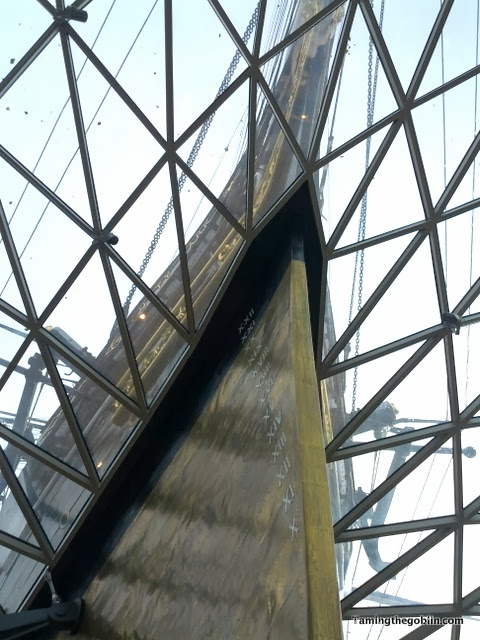 I remember visiting this ship with my school when I was a child, so it was lovely being able to take Goblin to visit as well. The last surviving 19th Century Tea Clipper has been beautifully restored since a fire seriously damaged its keel in 2006. 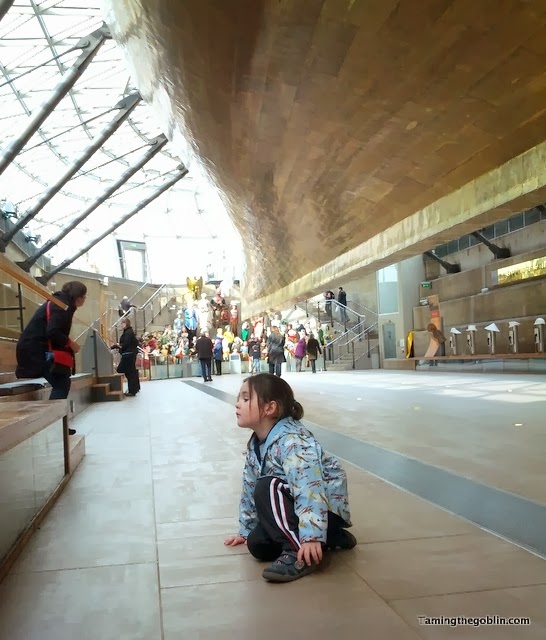 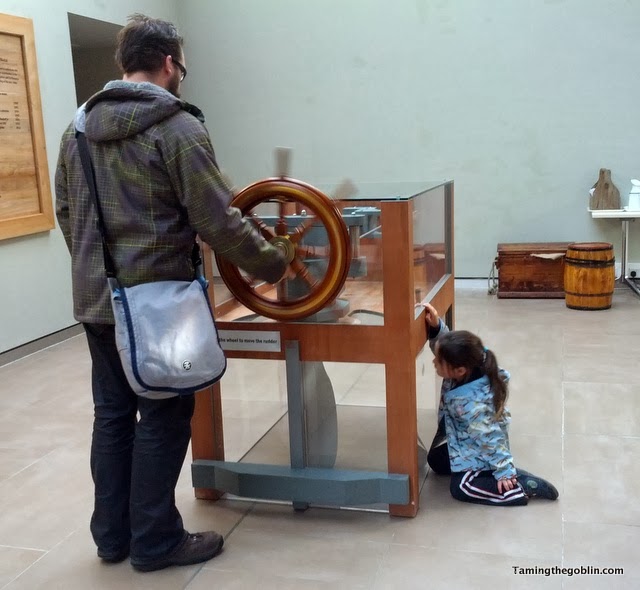 They have built a visitors centre under the ship. The amazing glass structure offers a lot of natural light to help show off the copper plating on the outside of the keel. Unfortunately there isn't much else in the visitors centre which seems like a bit of a missed opportunity. However, he did enjoy the rudder simulation - Hublet steered with the wheel and Goblin observed as the rudder changed direction. Then they swapped. 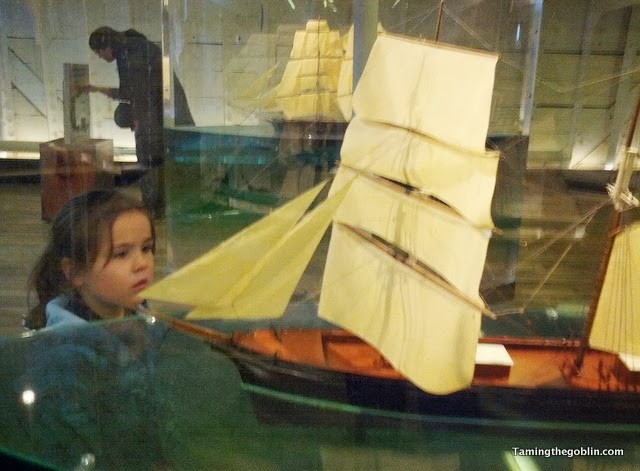 The inside of the ship is more interesting. There are models of tea clippers, and interactive games, including a computer simulation where you have to steer the ship along the route the Cutty Sark would have taken - Hublet was the only one of the three of us that didn't crash into Antarctica. 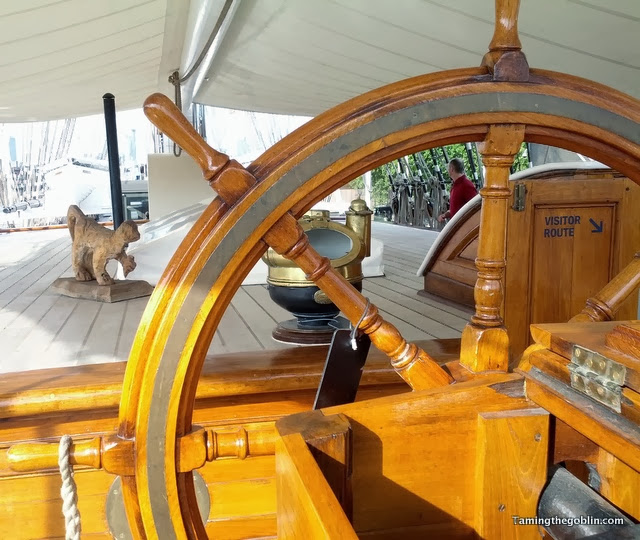 Goblin enjoyed the top of the ship the most. He could look at the rigging and play with the giant steering wheel. There were telescopes to look out across London and Goblin found the ships toilet, called The Head. 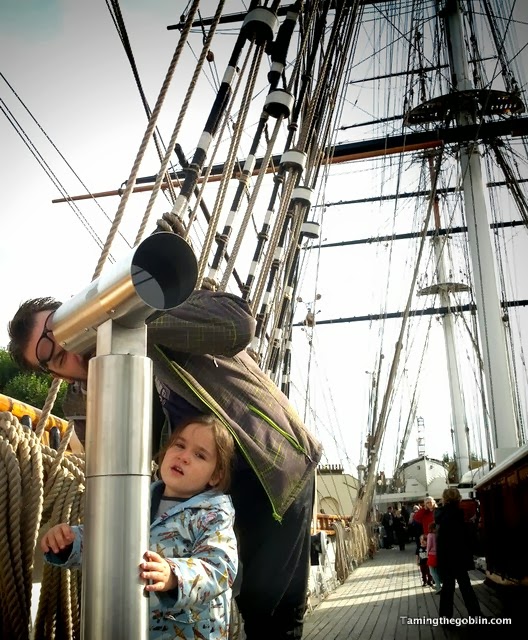 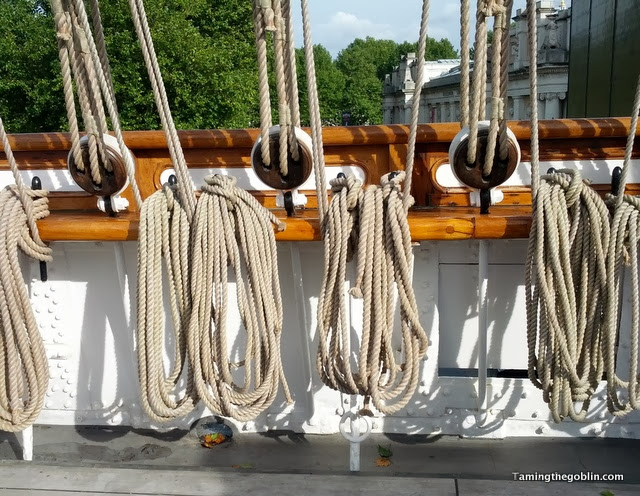 Goblin really enjoyed his visit, but at £12 per adult I don't think it is amazing value. What you do see is very interesting, but it doesn't have enough to keep you there for more than maybe an hour and a half. However it is right next to Greenwich Maritime museum, so you could kill two birds with one stone. 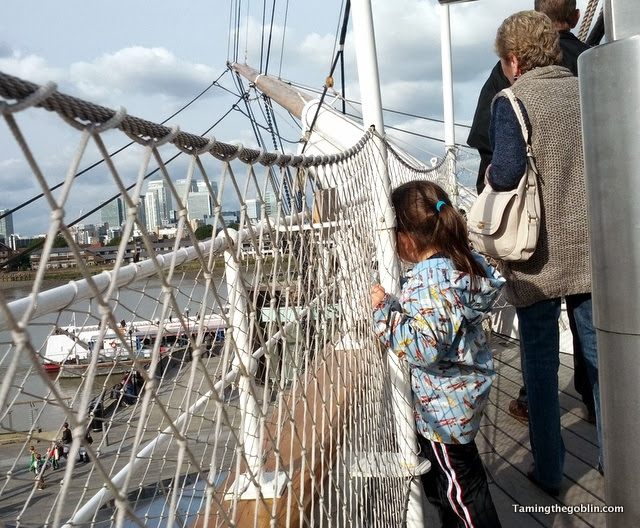 Posted by The Monko at 11:43
Email ThisBlogThis!Share to TwitterShare to FacebookShare to Pinterest
Labels: 4 years, child led learning, outings