Unconventional board games for prechoolers

(Goblin is 4)
This post contains Amazon affiliate links. Be warned, if you click through and purchase something I will receive pennies. Obviously I think this is awesome. 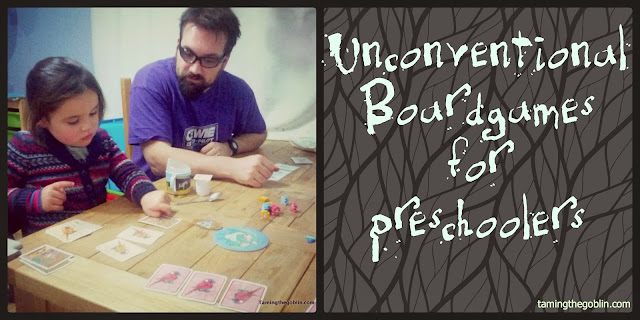 We have been trying to spend less time in front of the TV and more time playing with Goblin. As a result we have been looking for cool games that we can play as a family. The following post promotes three games that I wouldn't normally buy for a three or four year old, but they have become very popular in our house. 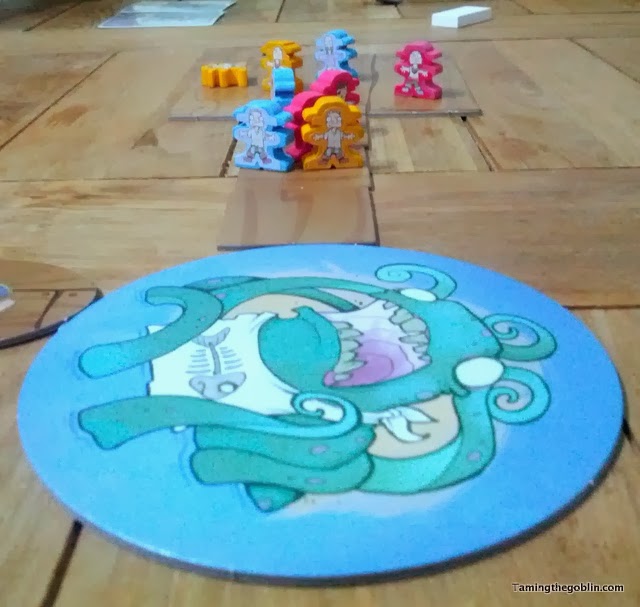 We have just acquired a new game that Hublet invested in through Kickstarter (you can buy it here). It's called Walk the Plank and its a really cute little pirate game. Its not supposed to be for kids but what four year old wouldn't want to play this!
The board is simply made of one big square (the ship) and three little squares (the plank) and a circle with a sea monster on it. Each player has three little wooden pirates.
The aim is to get the other pirates to walk the plank, while trying to save at least two of your pirates. You do this using actions dictated by the cards in your hand.
Each player has the same set of cards, which include actions such as "shove the player on the right", "retract the plank" and "I don't want to die".
The game is supposed to be played with some strategy. You are supposed to choose which cards you want to play and then lay them face down, and take turns to reveal one card, and play it. However, to give Goblin a fighting chance we started playing blind from a shuffled hand. We discovered that not only is this just as much fun, but ironically its not that different to playing with a strategy in terms of your likelihood of winning.
The amazing thing about this game is that we have only played it four or five times and Goblin can already "read" the cards. A combination of recognising the picture on the card and looking at the letters at the beginning of the words.
STEALTH LITERACY! 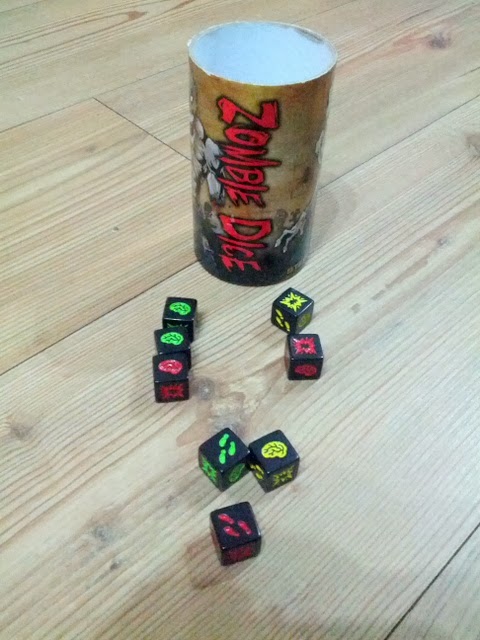 This was a game Hublet bought a while ago for us to play together. But its so nice and simple that Goblin can play too, and despite the name its perfectly age inappropriate (except you may not want to go into detail about why Zombies like brains!).
There are 13 dice in the pot, you take three at a time and roll them. The aim is to collect brains. However, if you get a 'shot gun blast' you have to keep it - and if you get three blasts its the end of your turn and it cancels out any brains you collected on that turn.
As well as brains and blasts you can roll feet. If you roll feet you can choose to 'stick' or re-roll. If you re-roll you keep the die with the feet and take as many more dice as you need to make it up to three.
The dice are 'loaded' by colour. Red dice have more blasts and less brains - therefore you know its more of a gamble to roll again with a red die than a green die.
You carry on taking turns and adding the number of brains you get. The winner is the first person to thirteen brains.
Goblin loves playing this simple game. And I like him playing it because its great for counting and basic addition.
STEALTH NUMERACY!

Here is a link to Wil Wheaton's Table Top which reviews Zombie dice - it also reviews 'Get Bit' (on our 'to buy' list) which is another game developed by the same maker as Walk the Plank. 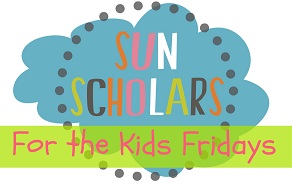 Posted by The Monko at 12:30
Email ThisBlogThis!Share to TwitterShare to FacebookShare to Pinterest
Labels: 4 years, letters, numbers, simple games