Its time for the Sunday Parenting Party. Please link up your parenting posts and check out what others have linked up. Please don't link Kids activity posts, they can be linked to Kids Coop. This week I am linking the following:
*****
(Goblin is 44 months) 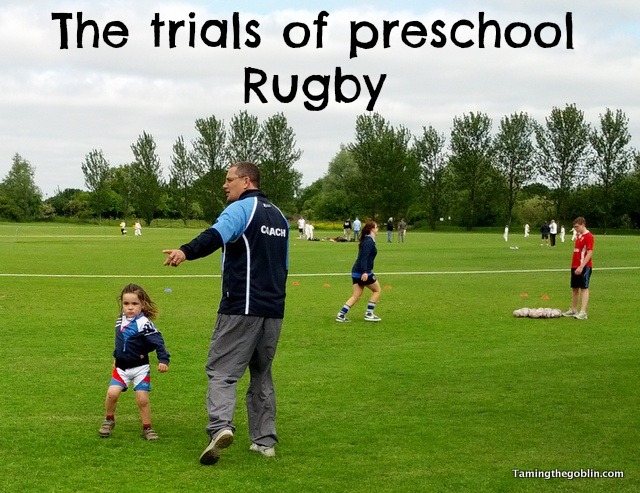 Goblin has been going to a rugby class since January. He doesn't normally handle classes well. Following other people's structures and rules doesn't sit comfortably with him. In music classes he has exhibited his displeasure by either running around the room while others sat and followed the teachers instructions, or he has cowered in a corner. But we figured playing on the things he does love - being outside and running around - would help him acclimatise to the rugby class.

We are now in the second term of the class and Goblin is the only child who still refuses to run the length of the pitch unless I am with him. This 'classroom' behaviour is completely out of character. In a wood or at the zoo Goblin would be the child disappearing round the corner with out a care. I would be the parent jogging to keep up or frantically screaming at him to wait. But at rugby it's different. The parents all line up on the touch line watching their kids.  Except for me. I am the one running along the side of the pitch to encourage my child to participate. If I go and stand on the touch line Goblin simply walks off. He goes and hides behind the shed, or wanders to the far end of the field or sits in a corner and eats grass. Yes he eats grass - because the other parents don't think we are strange enough already!!! 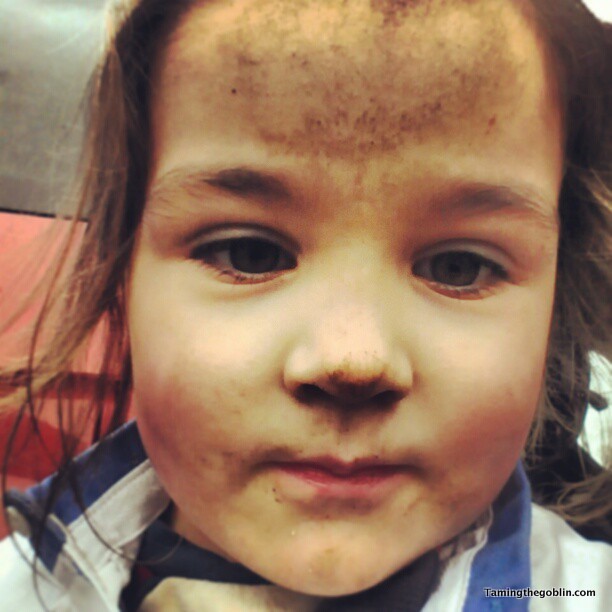 I had started to fret about his inability to join in and follow basic instructions. In fact Hublet and I had started to get quite cross with him - firstly because we started to feel it was a waste of money, but also because we were starting to get a bit embarrassed. But we discussed why we were sending him to classes. We knew he didn't really like that format of class based activities but we wanted him to experience that type of structure and get used to having to interact with kids on terms that weren't his own. At the same time we wanted him to have fun. So we started to approach the classes in a more relaxed way and not get too stressed out when Goblin chose to sit on the side lines. And we started to notice that while I was the only parent consistently having to run alongside my child, Goblin certainly wasn't the only child opting out of certain parts of the class, bursting into tears, and having mini meltdowns (it had just felt that way when all our focus was on our child). 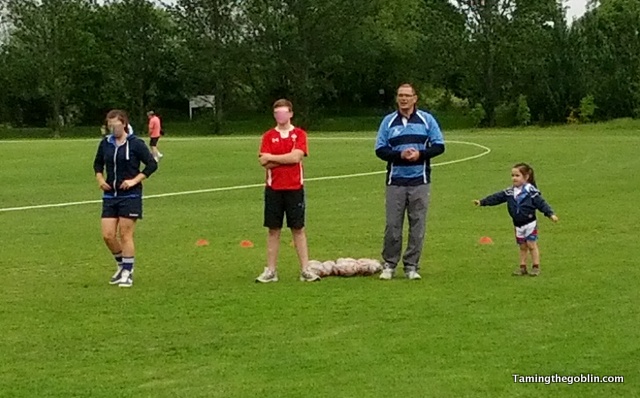 I also started to notice when Goblin was feeling uncomfortable. It tended to be when he had to do something with all the children in one big group. That's when he started to just give up. I think he doesn't like the pressure. The coach noticed it to and now when Goblin is looking like he won't join in, the coach will call him over and get him to help with what ever he is doing - often chasing down the other kids, which Goblin much prefers to being chased. 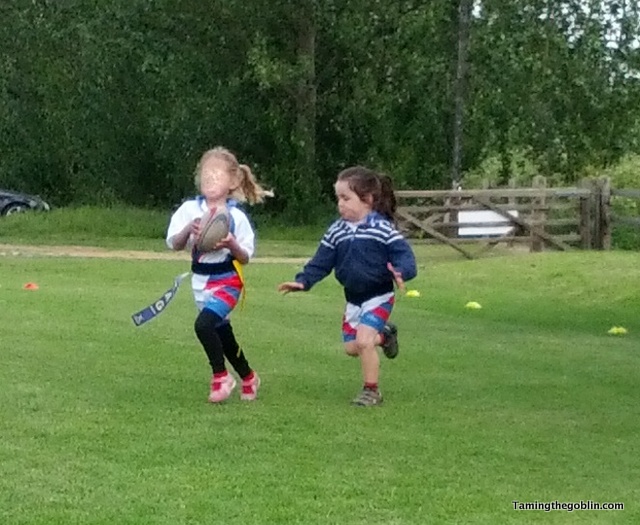 In a few short weeks Goblin has gained some confidence and although he still spends a lot of the class sitting out the activities, he has decided he does like the running races (i don't think he realises they are a race). And he will run them without me. In fact he now tells me off if I start running with him. A mini breakthrough. 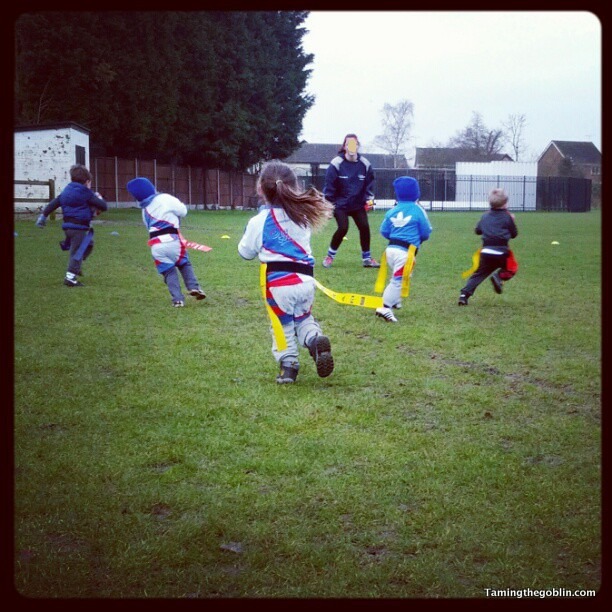 And now to the linky
I'm linking this to