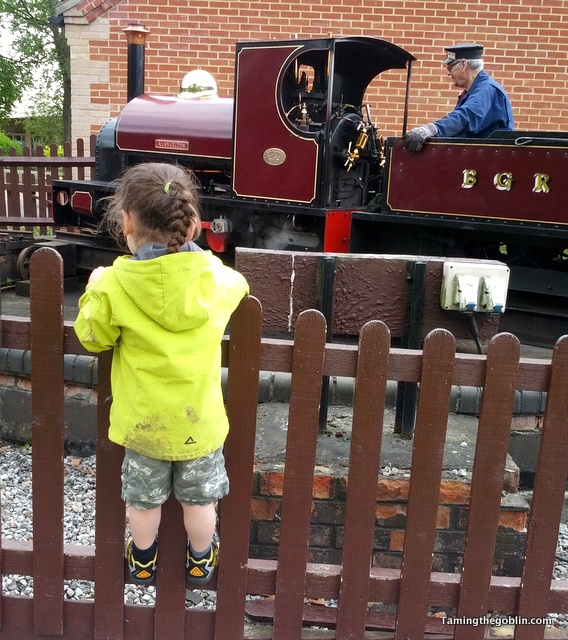 Recently I took Goblin to Bressingham Steam and Gardens. Its over an hours drive away but I planned it so he could nap in the car. He has been hassling me to take him to see steam trains for a while. We normally go to some nearer home but they are only open at the weekends and all our weekends for the foreseeable future appear to be jam packed with activities, so I needed to find somewhere that was open on a school day. 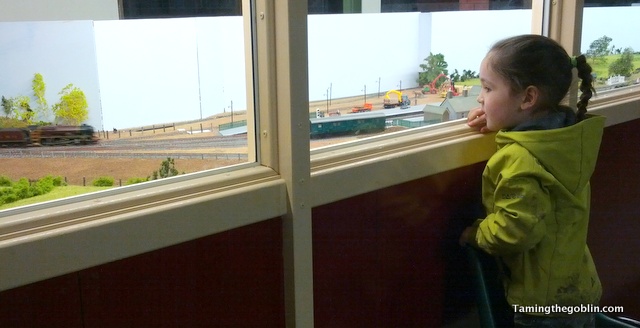 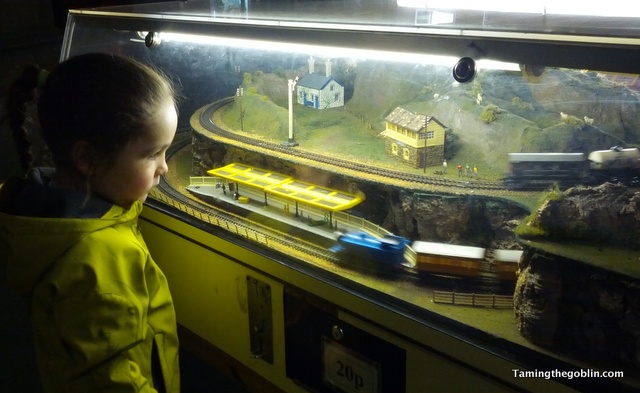 The site is not as large as I'd thought it would be from the pictures on the website. But never the less it boasts an impressive three running narrow gauge railways. It also has three large sheds with full size steam engines and traction engines on display. But Goblin was most impressed by the model railways. In fact he would probably have insisted on doing the hours drive just for these. At one point I wondered if we'd ever make it out of the model railway exhibits and onto any of the trains. 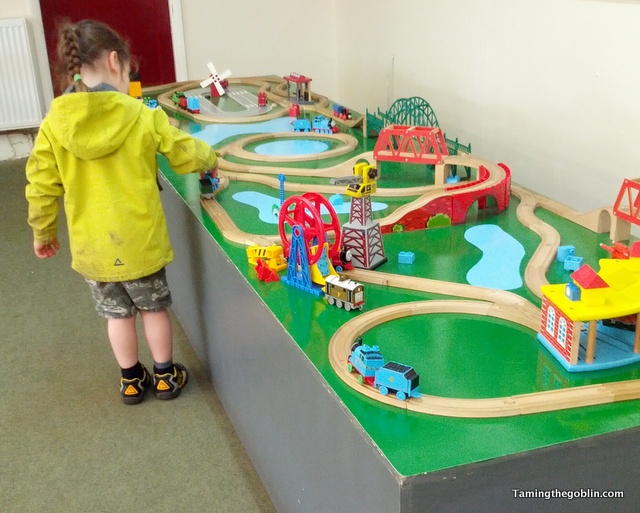 This feeling didn't disappear when Goblin also discovered a little kids playroom with soft play for tiny toddlers and a brio train track for his age group. There is plenty to see without this room and a part of me wondered why I was spending half an hour watching my child play with a brio set in Bressingham when we have one at home. But Goblin seemed to be very excited by it so I let him play. Eventually I managed to convince him to ride one of the trains. 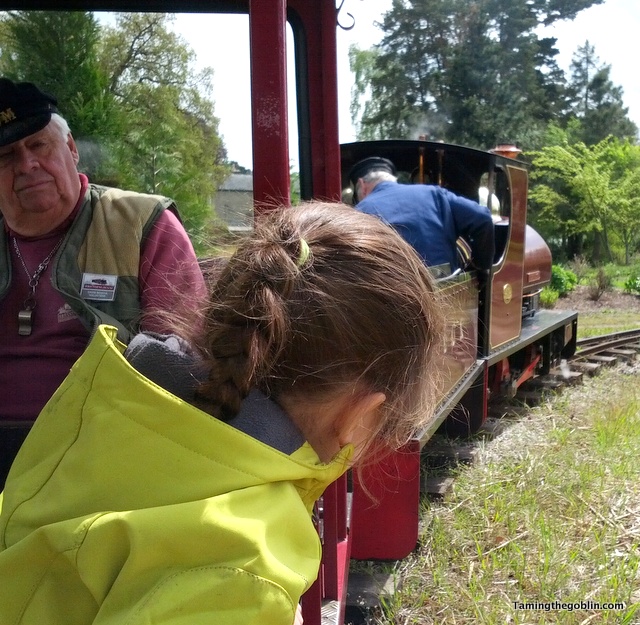 We were the only people on the smallest of the three trains which rides along the side of the beautiful gardens. Goblin and I could see right into the fire box as the driver loaded the coal ready to go. Every half hour the larger narrow gauge also runs. We discovered that this train runs along parallel to a twin steam train and they cross tracks several times giving passengers on both trains the opportunity to take pictures of the other train. Its a great idea and it was really exciting seeing which train woudl arrive at the crossings first. The journey take twenty minutes which was a perfect length for us. 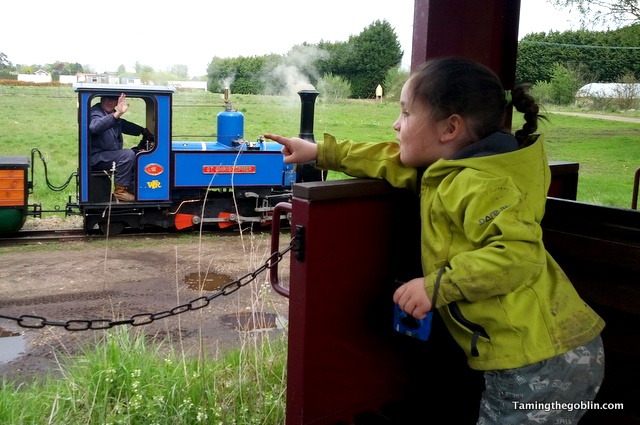 If you are thinking of visiting you might like to know that as well as the trains and gardens there is a playground, a 9 hole crazy golf course and a slightly out of place old fashioned penny arcade with lots of 20p ride on vehicles (like you find in supermarkets). There is also a carousel in the middle of the site which again felt a little bit out of place. The cafe does some nice cooked food and sandwiches but in the day we went there was only one person serving so service was extremely slow which wasn't optimal for a small hungry person. All in all I think we'll visit again, but I wish it was slightly closer and slightly cheaper.
I'm sharing this with

Posted by The Monko at 09:44
Email ThisBlogThis!Share to TwitterShare to FacebookShare to Pinterest
Labels: 43 months, outings, vehicles