Its Kids Coop time again, please link up your kids orientated posts and check out what others have been up to. This week I'm linking the following:

Goblin can count but he doesn't know his number symbols. He is also not particularly interesting in learning them. I know a lot of children do know them by now but I don't think he will be damaged by getting there later than some. But I am trying to ensure that he is exposed to them regularly through play. 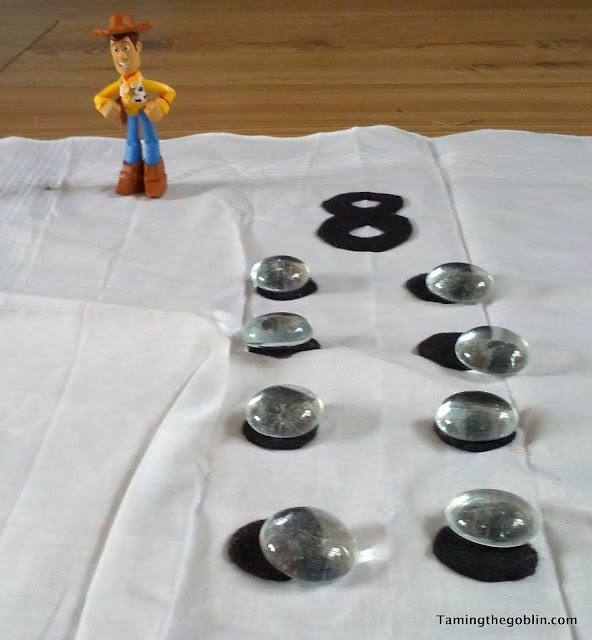 And the other day I found a perfect opportunity. I laid out some handkerchiefs that I'd stuck sticky black felt numbers and corresponding dots to. Goblin was playing with his truck and I asked him if he could make some deliveries. 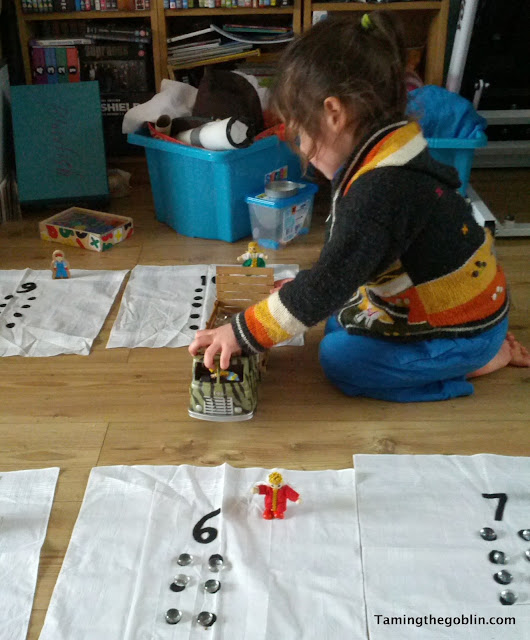 I told him each person was at a garage and they needed the right number of flat marbles delivered to their unit. He happily took the challenge and drove his truck round. I voiced the little people giving him instructions to leave the marbles and helping him count out the right number. 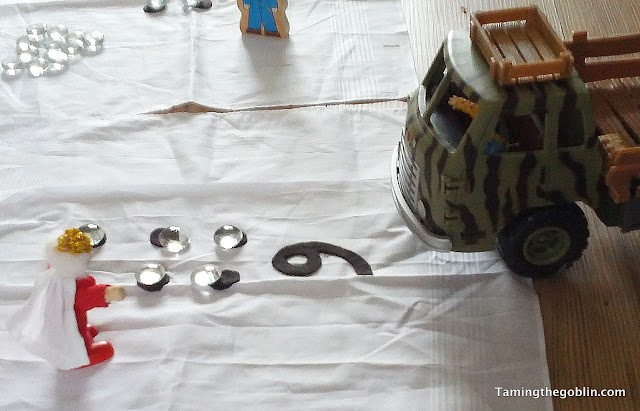 He did a great job with the low numbers, but by the time he reached the bigger ones he realised he could just leave a pile of marbles and get the little people to take as many as they needed. I tried insisting that the delivery driver needed to take back the extra ones, but he wasn't falling for it. Bt it wasn't a total bust because we still got to talk about the numbers. 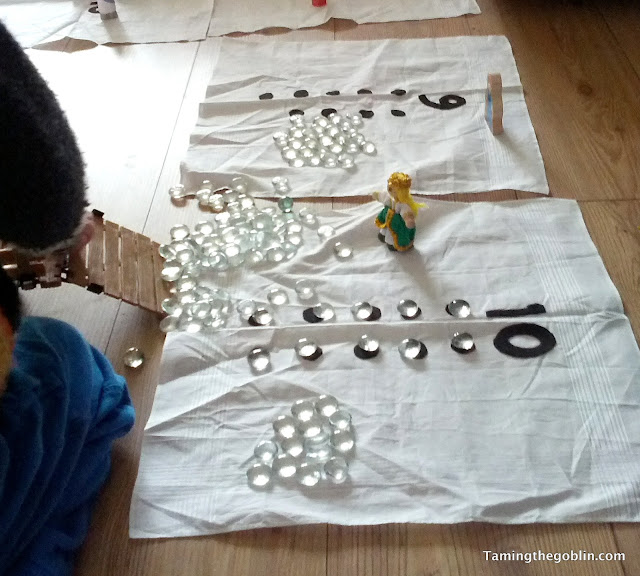 And now to the linky.