A Wonderful week in Wales 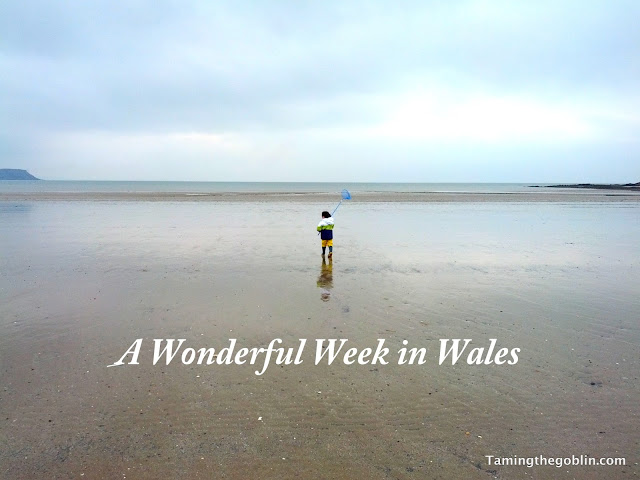 (Goblin is 40 months)
Last week we went to Wales for a holiday. The house we stay in is just up the hill from the beach, but as you can imagine, in February its a tad chilly. Still we were determined to get down there and make the most of being by the sea. So we wrapped up warm and headed out. 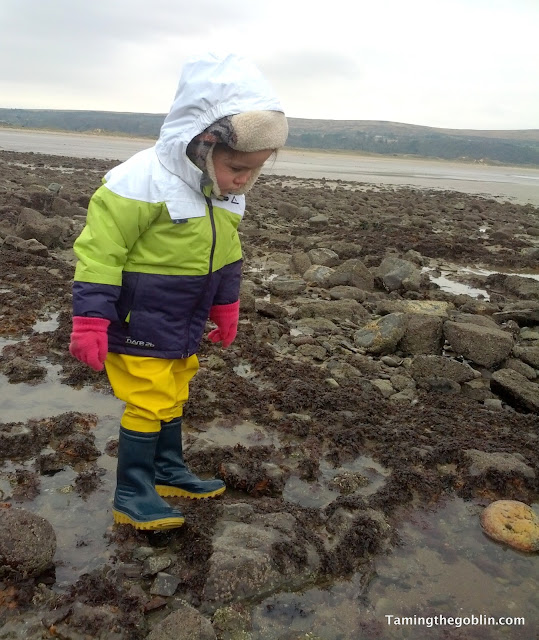 The beach is very long and deep and the tide was right out so we were able to investigate the rock pools that had been uncovered. 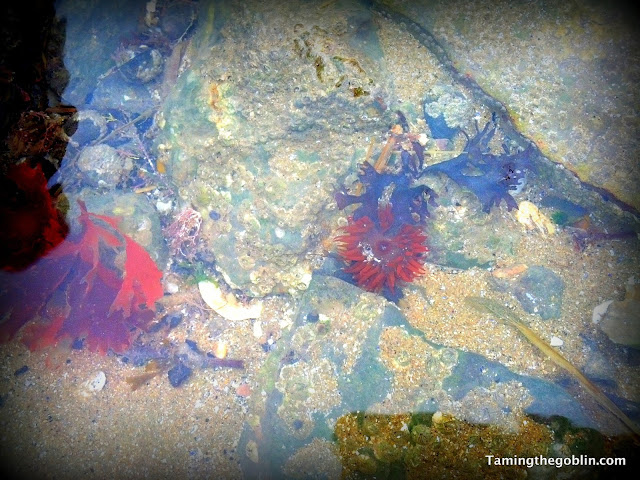 We found sea anemones and strange things that looked like millipedes and even a few fish. 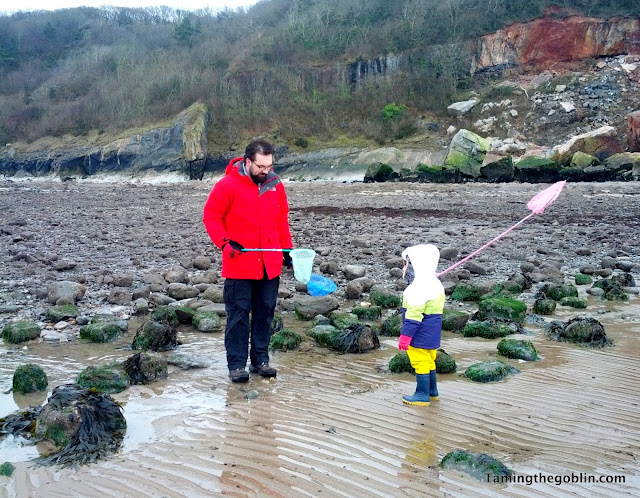 We had taken our nets down (probably a little optimistic) . Goblin enjoyed running around with it even though we didn't catch anything in it. 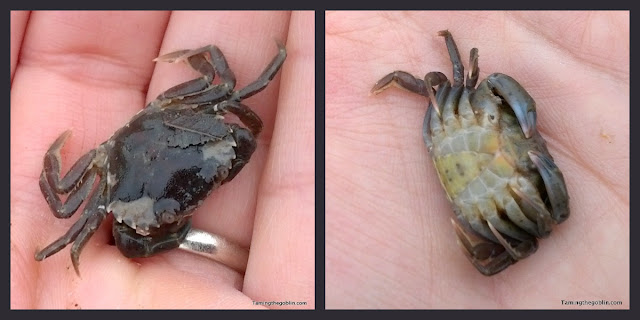 Goblin had specifically said he wanted to find a crab so I was more than a little bit relieved that eventually we found one. I managed to get it to stay still just long enough to take these photos before it scuttled off. 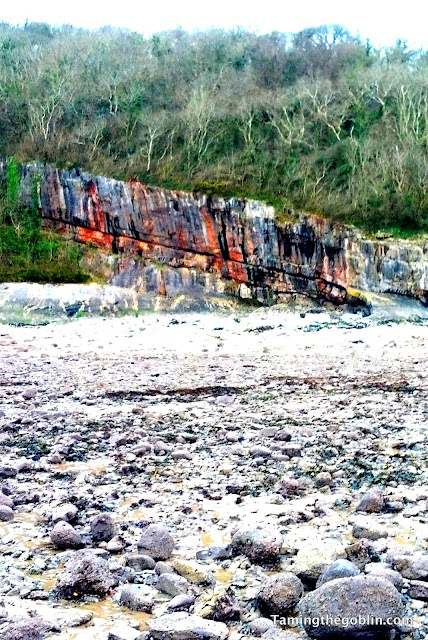 Another lovely thing about the beach is the amazing geology going on (check out the colour of the rocks in the background). We pointed out the rock formations and the way the tectonic plates had shifted the line of rocks up into a curve. He is only three but his brain is like a sponge so we figure we will tell him as much as we can and some of it might stick. 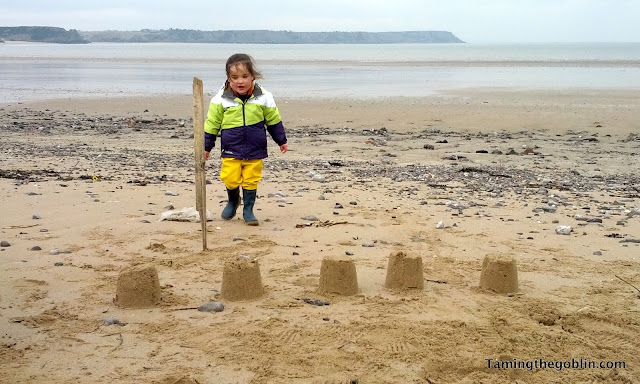 And once we'd done with investigating the rocks and landscape there was still time to do a bit of sand castle building.

Posted by The Monko at 22:22
Email ThisBlogThis!Share to TwitterShare to FacebookShare to Pinterest
Labels: 40 months, beach, outings