Its Kids Co-op time again, please link up your posts and check out what others have been up to. This week I am linking the following:
******
(Goblin is 38 months) 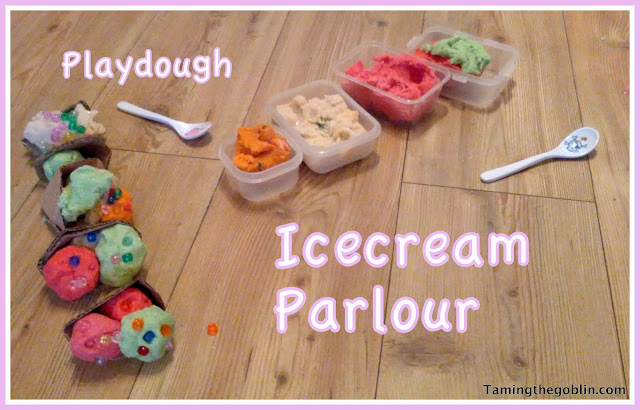 Goblin has enjoyed imaginary play for a while now but most of it seems to revolve around fire engines and putting out fires or being on a train. The most extreme (ie not vehicle based) has been fishing! Goblin was given a play kitchen last Christmas and it has sat mostly unused in our living room all year. But this week something has shifted in his imaginary play and suddenly his scenarios are much wider than vehicles. He has been cooking us dinner and making cups of tea for his toys and feeding his horse using our wooden cutting fruit. 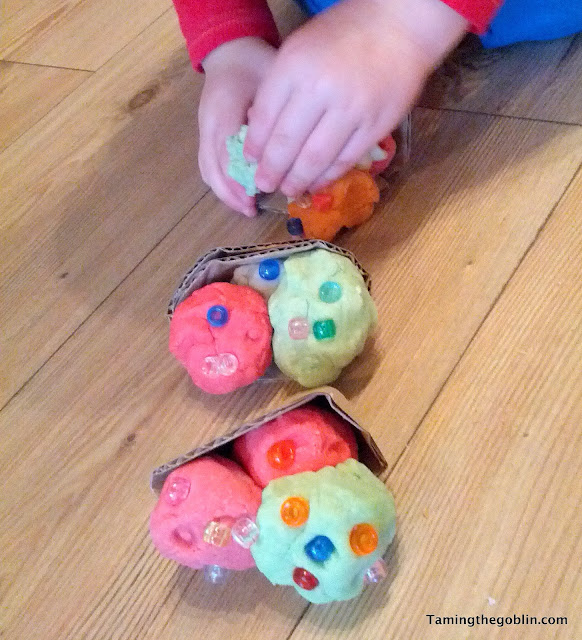 This new style of play got me excited and I wanted to find a way of helping facilitate it. I settled on playdough ice cream. This idea is not my own, I know I have seen it on someone else's blog over the summer, most likely either The Imagination tree or Nurturestore both of which have a trillion amazing playdough ideas. Unfortunately when I went searching I couldn't find it to reference it - however I did find a new post from Play Create Explore with an exciting recipe for ice cream playdough. 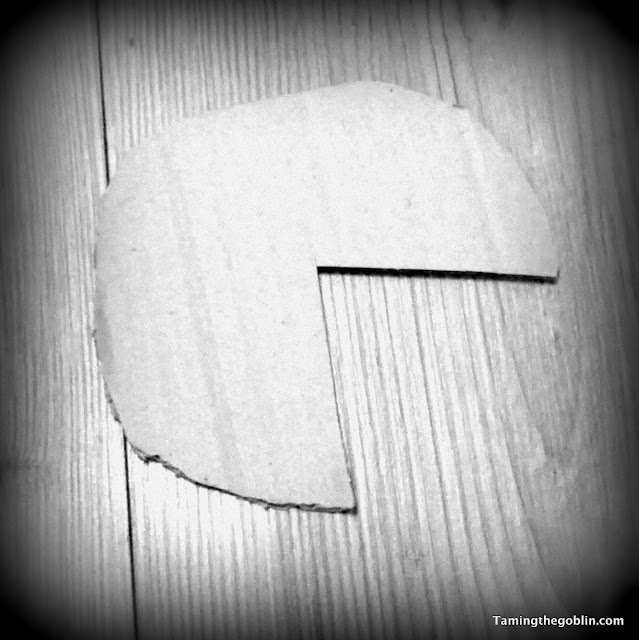 To make the cones I used some of our cardboard boxes from Christmas and cut circles with a quarter cut out (packman heads). I folded these round and taped them down. I used Nurturestore's basic playdough recipe to quickly throw together a batch of white playdough. Then I divided it up and asked Goblin what colours he wanted. He opted for pink, red and green - we already had the orange and white stuff (home made playdough lasts forever if you store it in an airtight container).  I would have added some essential oils to make them smell of something but I was in a bit of a hurry as I'd promised Goblin I'd produce his ice cream parlour by the time he'd tidied away his train set and cars. 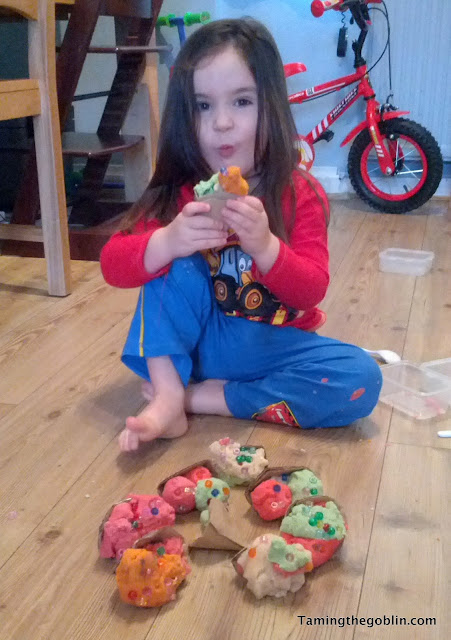 Goblin set to work making ice cream for me and Hublet and himself. We used pony beads as sprinkles.  I was surprised how long this game lasted. Between making them and pretending to eat them, and then feeding them to his imaginary kittens we must have played for a good 45 minutes. And when he was done I rather anally separated out all the colours and stored them in their own little boxes to be used again. 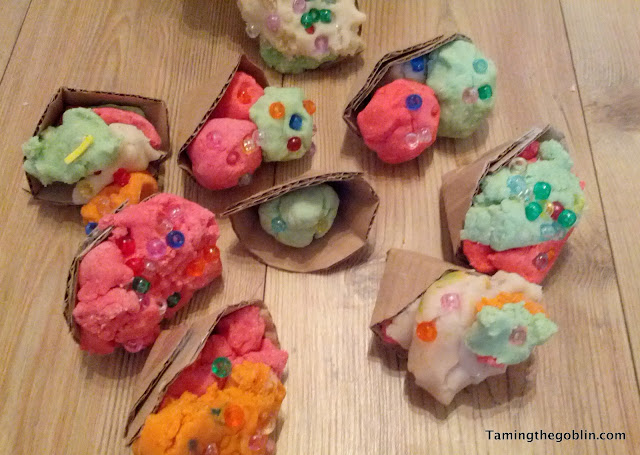