Its Kids Co-op time, please link up your kids crafts, activities and musings and have a look at what others have been up to. There really are some great inspirational posts linked up each week so while I know its tempting to link and run please consider stopping a while. This week I am linking up the following: 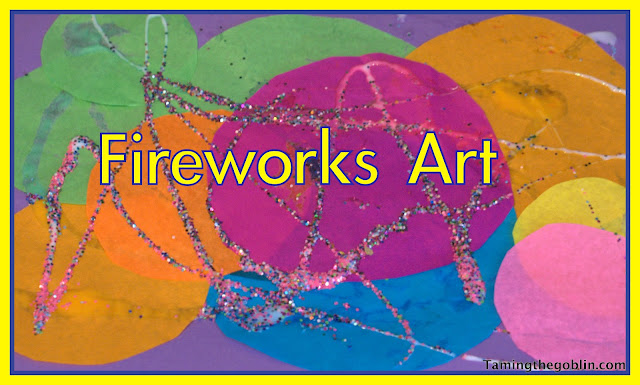 Monday 5th November is bonfire night, also known as Guy Fawkes night, celebrated primarily in Britain. Goblin is a bit freaked out by fireworks at the moment and we really want to go to the display this weekend, so I have been trying to talk to him about it a lot. I decided some fireworks art might help ease him into things (we've also invested in some ear defenders). 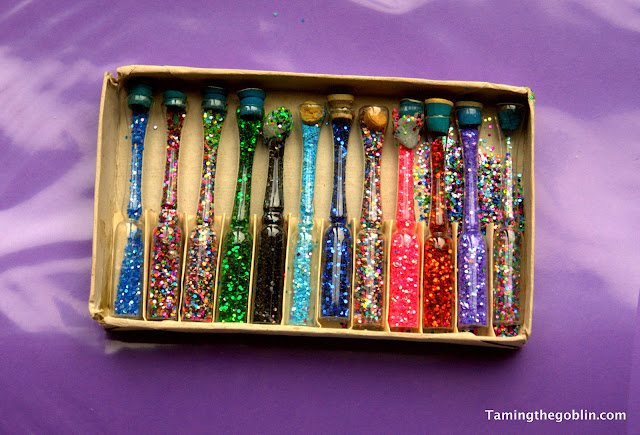 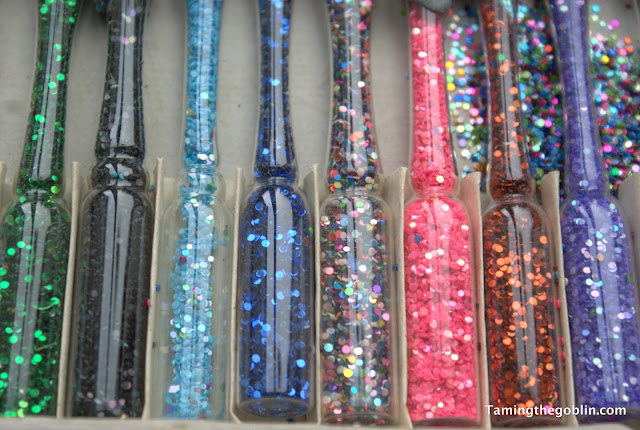 When I was about 15 my Aunt bought me and my sister some beautiful glitter back from India. It is special circular specs and I think its used for rangoli. It has sat in my art cupboard unused because it was so beautiful I didn't want to waste it. But today I decided to break it out as a treat for Goblin. I had to supervise very carefully because the bottles are made of thin glass and they break easily and I didn't want a picture covered in Goblin blood. 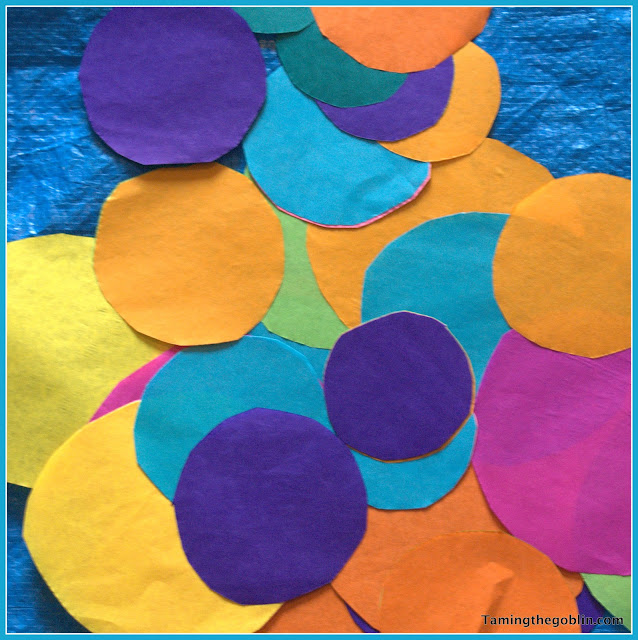 I had a plan. I cut some different sized circles from tissue paper. My idea was that we would stick a few to each piece of black paper, and they would be the glow of the firework. Then we'd do a star of glue in the middle of each circle and sprinkle the glitter in different colours on the circles as the burst of fire work. 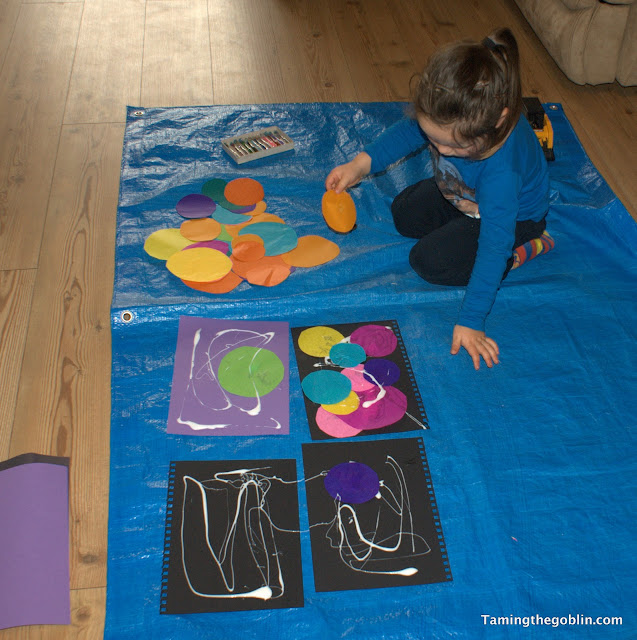 Goblin wasn't particularly interested in sticking the circles down until I explained he didn't get to play with the glitter until we'd done this bit. Then he was a tad over enthusiastic and stuck down way more than I had planned. And then of course he wanted to do the glue for the glitter, so instead of nice defined starbursts we got wiggly lines across the paper. But hey its his art so I'm not complaining. 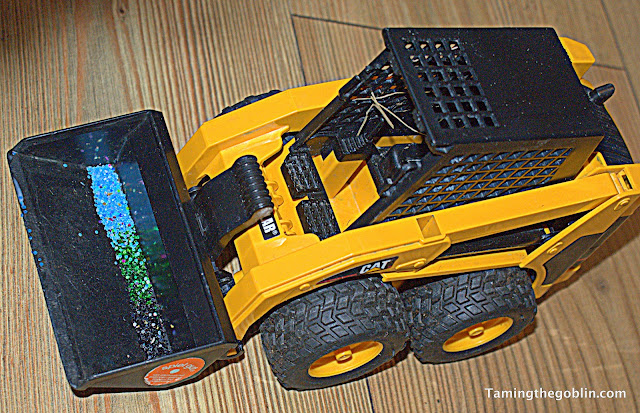 He also decided that he wanted to distribute the glitter using his digger. This seemed to work and the final results were very pretty. 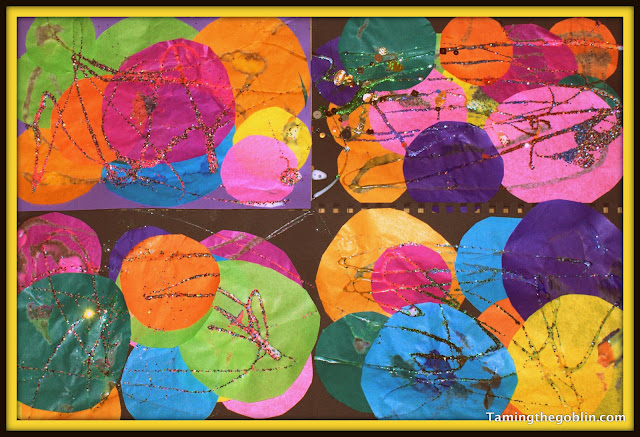 Posted by The Monko at 20:56
Email ThisBlogThis!Share to TwitterShare to FacebookShare to Pinterest
Labels: 36 months, autumn, kids coop, toddler craft and painting