Its Kids Co-op time again. Please link up your posts and take a look at what others have contributed. Don't forget to leave a comment if you like what you see, everybody loves comments. Here is what I am linking up this week. 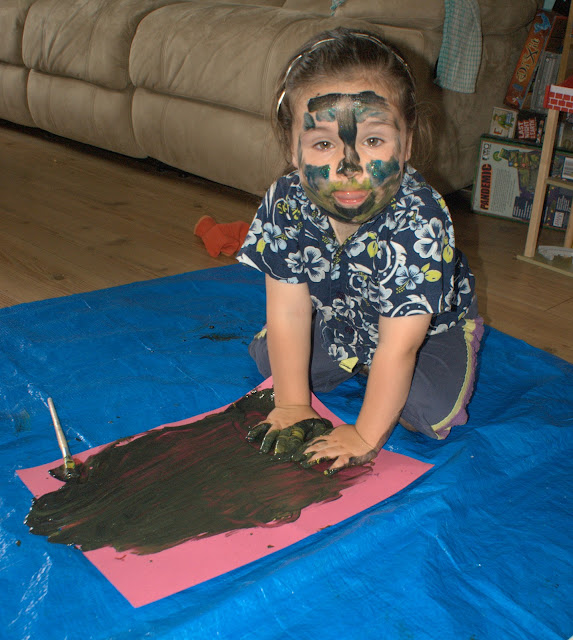 Its Goblin's birthday in October and I decided to be very organised and send out invitations nice and early. He is having a pirate themed birthday - and it would appear so is every other 3 year old in the northern hemisphere but who said I had to be original. I wanted to do hand made invites with the details of the party printed out and stuck inside. And fortunately I had a bunch of black ready folded card left over from when we made our own wedding invitations over 7 years ago - Yes that is how much of a craft horder I am *hangs head in shame*. 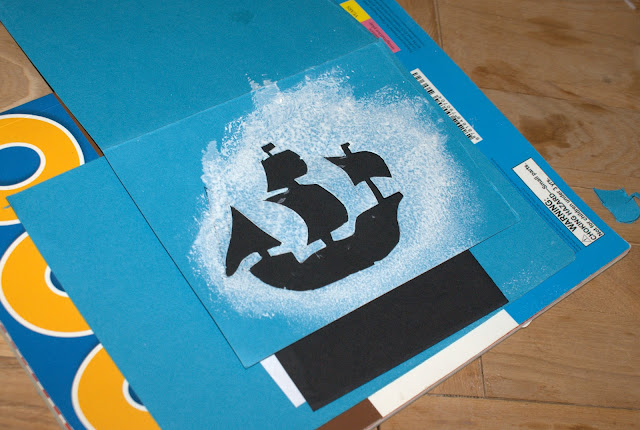 After trawling the googles I found a decent picture of a pirate galleon and copied it into some card and cut it out with a craft knife. This actually took several attempts to work out how much detail I could put in before the cutting became impossible. My master plan was to then get Goblin to sponge the paint onto the Invitations. But Goblin had other plans. His painting desires focussed on emptying approximately half of our entire paint supply onto a piece of paper and smooshing it about. 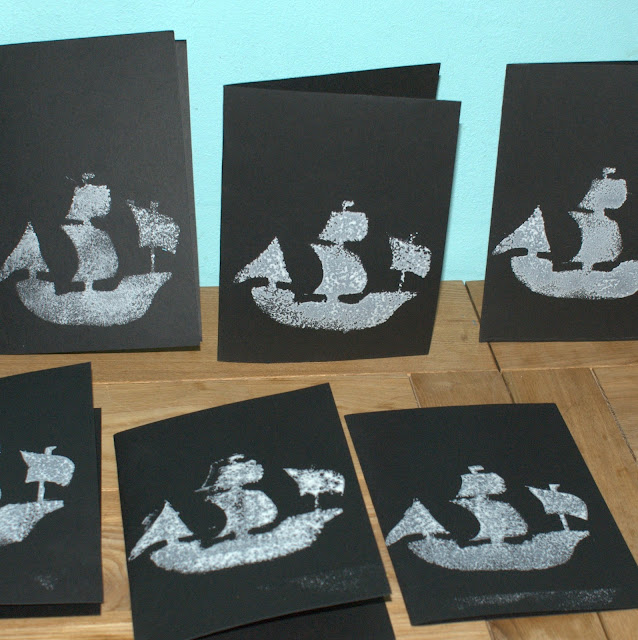 So I did the sponging. You'll notice some have a little additional white bit under the boat - the first time I did this it was a mistake where I went over the card, but afterwards I quite liked it - it looked like the moon reflecting the boat onto the sea - so then I did it on purpose for some of the others.
While they dried, at Goblin's request I painted him. It was during this episode that I realised that Goblin sees painting as a sensory exercise rather than a creative one. Once I'd come to terms with this I was a lot less annoyed that he'd used up all the blue sparkly paint by mixing it with BLACK! (OK when I say a lot less annoyed that does not directly equate to not annoyed at all). 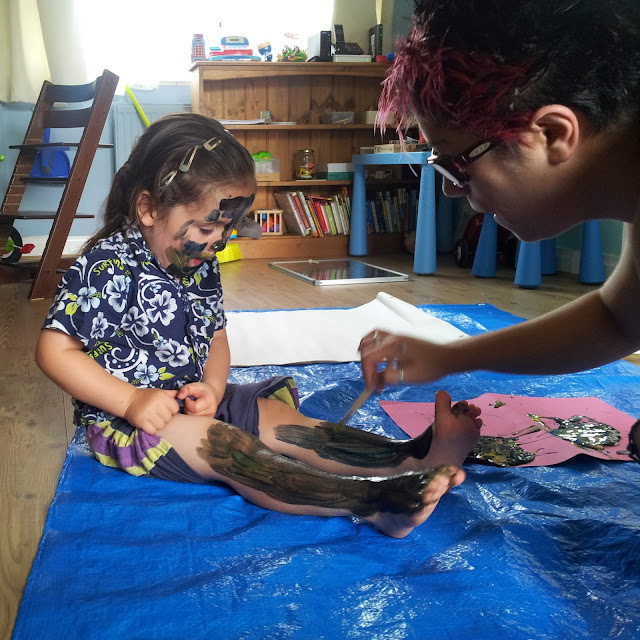 After Goblin had dried I added glitter and moon crescents (to the cards, not to Goblin, although I'm sure he wouldn't have objected). Again this had been planned as a Goblin based activity but you know what toddlers are like when you actually want them to participate! So I did it myself and was quite proud of my finished results. 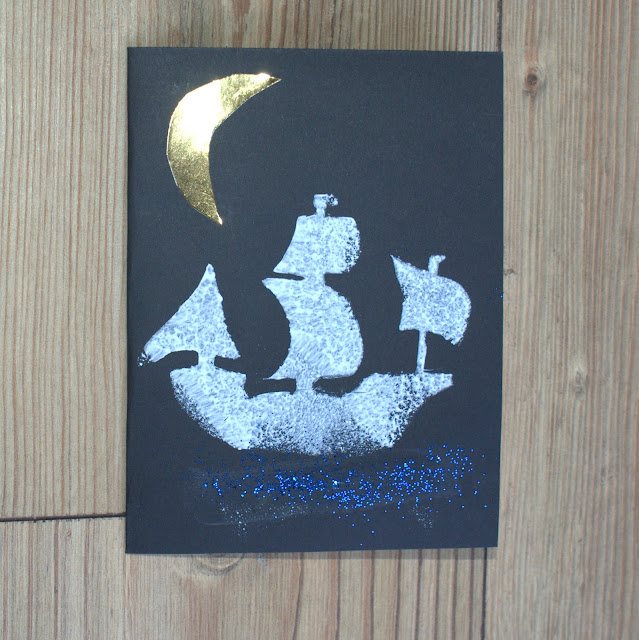 Posted by The Monko at 19:43
Email ThisBlogThis!Share to TwitterShare to FacebookShare to Pinterest
Labels: 34 months, kids coop, sensory play, toddler craft and painting