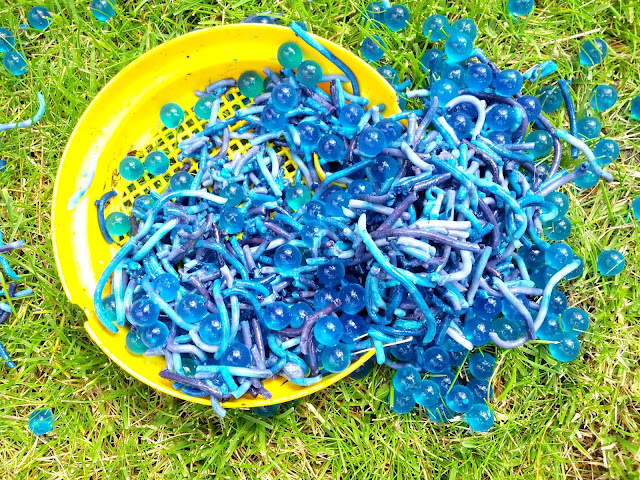 Goblin was playing in the garden when I found some coloured spaghetti and water beads that were on their last legs. Instead of throwing them out I decided to give them one last outing, and put them in a giant tub of water for Goblin to play with. 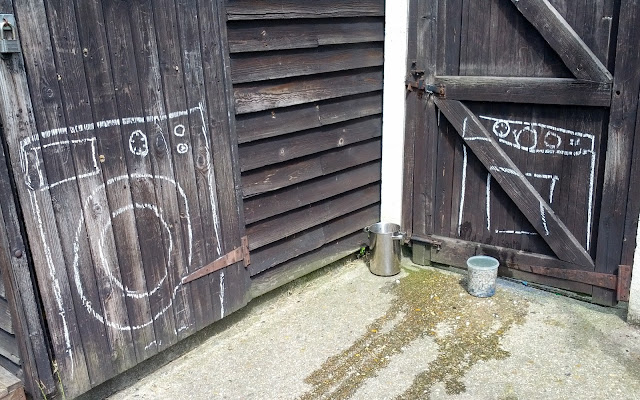 If you are a regular reader you will know that Goblin has been doing a lot of imaginary play recently and one of the things he enjoys is his imaginary garden kitchen. I have taken a bunch of utensils that we don't use any more and donated them to his outdoor play area. So I wasn't surprised when he decided to incorporate them into this messy play. First he scooped out water beads with a little sieve and gave me a "cup of tea". And then he found some "plates" "knives" and "Forks" and served up some dinner for me and him. 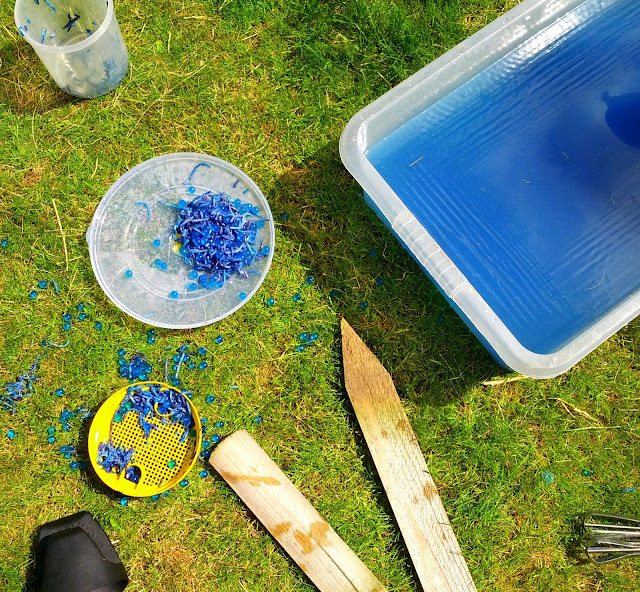 He explained that he needed to put the food in the oven so I grabbed one of the giant garden chalks and drew an oven and washing machine on the gate and shed door. Goblin dictated how many buttons and dials they needed, before putting his concoction in to bake. When it was finished he served it up. 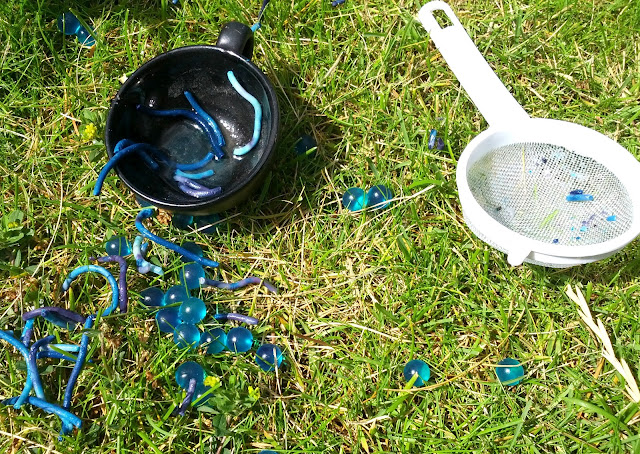