(Goblin is 31 months)
We took advantage of the extra long bank holiday weekend and visited an historical reenactment at  Audley End stately home. 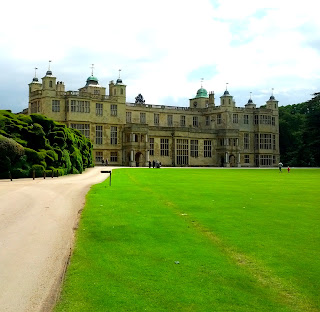 I wasn't entirely convinced that Goblin would learn anything historical but the house has huge grounds and I thought it would be fun for Goblin to burn off some energy in a beautiful setting. 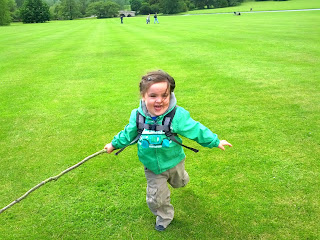 We did a tour of the house and Goblin was actually reasonably interested in the paintings and all the stuffed animals. It looked like a taxidermy convention had passed through town. There were hundreds of stuffed animals in cabinets throughout the house. Goblin could name quite a few, including toucans, flamingos, otters, and badgers. It always surprises me how many animals he recognises - I guess you remember what you are interested in, and he does love animals. 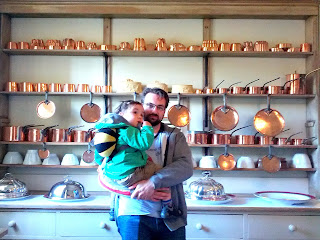 Goblin also took in more than I had anticipated from the 17th Century historical reenactment. 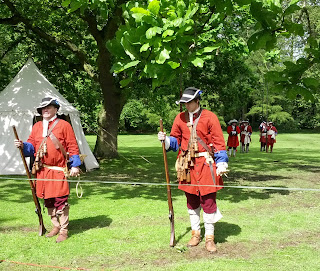 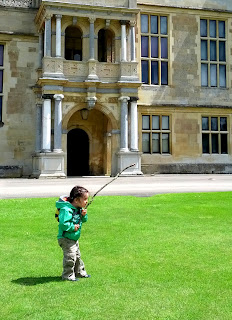 Here are some cavaliers practicing Musket drill and here is Goblin practicing musket drill. We can no longer blame the older kids at Goblin's nursery for his favourite hobby of running around the garden with sticks shouting "bang bang". 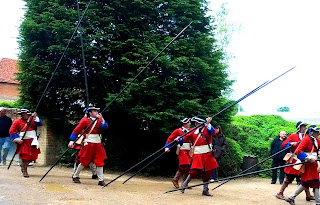 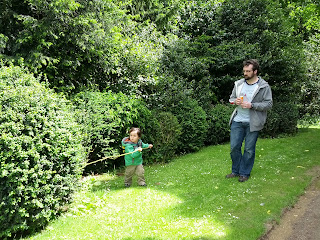 And after seeing the soldiers practicing pike drill Goblin decided to attack a bush with his pike. 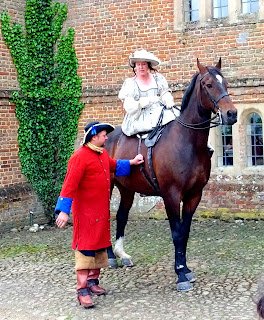 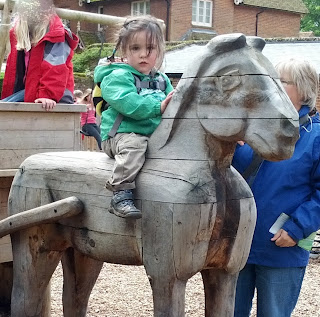 We saw a Royalist lady on a horse who did a fascinating talk about the development of the side saddle. And here is Goblin on a horse looking quite girly (but not riding side saddle). 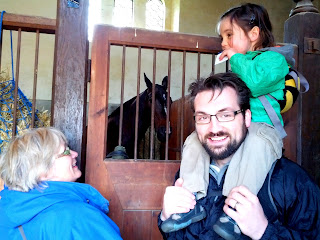 Goblin really likes horses and we spent a long time at the stables with Goblin on Hublet's shoulders looking into the stables saying "Thats MY horse". 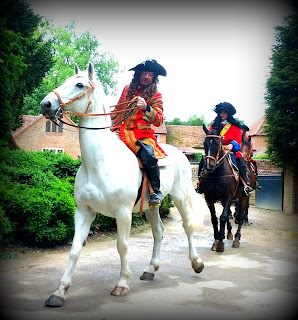 So when King Charles rode off with "Goblin's horse" he went and found himself a new one. 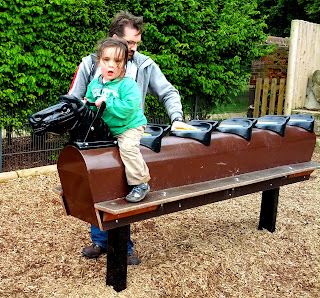 Of course as well as history there was ample time for larking; 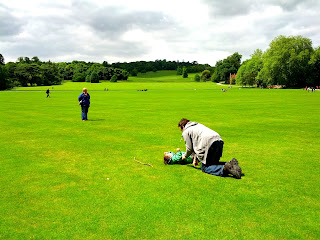 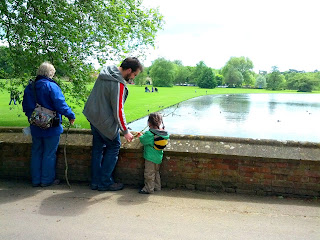 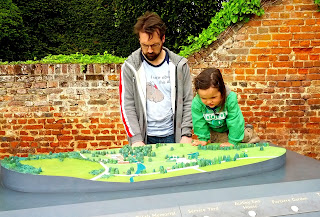 Posted by The Monko at 19:52
Email ThisBlogThis!Share to TwitterShare to FacebookShare to Pinterest
Labels: 31 months, outdoor play, outings