A while ago a friend told me they were feeling inadequate as a parent because of all the amazing things that they'd seen on blogs. I responded that I knew how they felt as I often felt that way myself. To my amazement my friends replied
"But your blog is one of the ones that makes me feel like that".
While I was pleased that I had at least one reader, I was horrified that my blog could make any parent feel they weren't "doing enough".
I never intended to write a blog that would make people feel like that. In fact I try to make my posts as honest as possible to illustrate that it doesn't all go swimmingly when trying to do stuff with a toddler. But maybe the snippets of our life that I put on our blog give an unrealistic idea of the amount of stuff I actually do in a week with my toddler. I don't tend to write long blog posts about the 90 episodes of Dora the Explorer we get through, or the fifty failed attempts to get Goblin to have a shower.
I think the online parent blog community has "upped the ante" when it comes to parenting by sharing tiny snippets and making people think thats the reality 100 per cent of the time. Now, unless every meal is book themed, and every hour of the day is filled with activities that create beautiful end products we all feel like we aren't giving our children everything they need.

Instead of trying to set the record straight by myself I thought I'd enlist the help of some blogs that can say it a lot better than me. If you are feeling like you aren't cutting it as a mum or dad, read these posts (Either click on the blog name or the picture to get to the full post) and then relax and feel reassured that you are.

First lets deal with the feeling of insecurity that comes from reading these little snippets of someones life on their blog, or worse looking at one picture that captures one craft or baking win (and lets face it the photo has probably been doctored on photo shop or Picasa - I know all mine are). So to make yourselves feel less insecure read Parenting Pinsecurity by Positive Parenting Connection 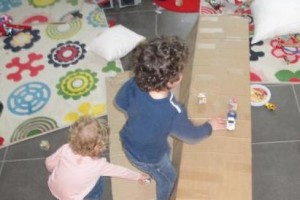 And the next time you see an amazing craft project you may want to consider how much their child was actually involved, and how much their child was actually watching Dora the Explorer while they did the project themselves. I'm not saying that is always the case, there probably are some Super mums and Super Dads out there but my guest post at H is for Homeschooling tries to reveal what could be the truth behind the beautiful pictures. 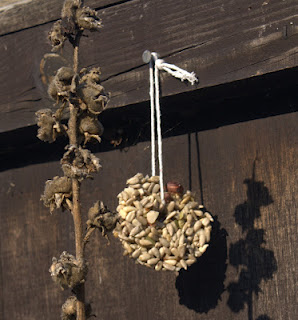 If you've had a bad day, week or month, and you have been at logger heads with your child you will probably relate to the post by Ness at One Perfect Day called Four Simple Strategies For Positive Parenting. It tells us how she was able to turn her day around, and offers some great principles of positive parenting that will help out anyone struggling to find a good place for them and their child. Its a long post but worth reading every word. 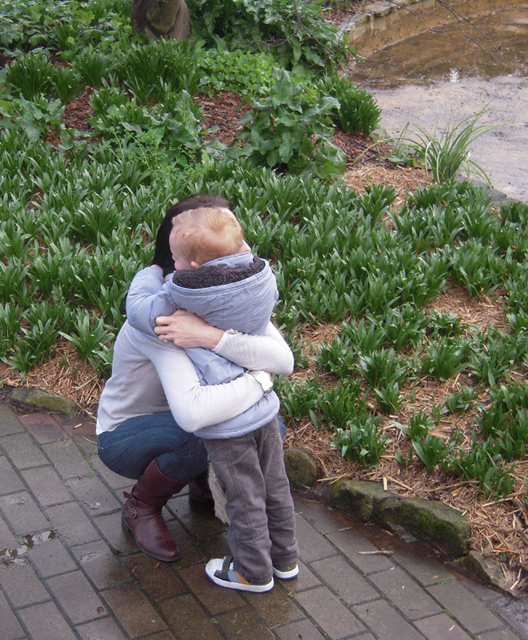 If you are still feeling a bit pants* about yourself and your parenting skills, don't feel down, just check out the little list provided by Triple T Mum in Are you enough? Yes you are! You'll quickly realise that even if you aren't having a perfect day, you've had good moments today.

And finally, I strongly believe that there isn't one way to parent. Different kids need different things, and different parents need different strategies. While I like "positive parenting" techniques for our family I don't dismis other methods for other people. The post by Hippe Housewife is written specifically for those practising Attachment Parenting, but I think some of the methods of dealing with criticism can be used by anyone who is on the wrong end of unwanted advice - no matter how well intentioned. So if someone is trying to tell you you aren't parenting right, and you don't feel able to tell them where to stick it, read this post to find some more subtle methods of dealing with it. 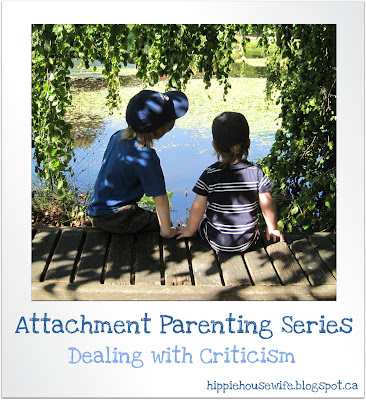 *For readers not based in the UK, the term "feeling a bit pants" (referring to underwear not trousers) is a phrase used to explain that you are feeling a bit sad/ill/upset/ineffective/inadequate/maudlin.

Posted by The Monko at 22:34
Email ThisBlogThis!Share to TwitterShare to FacebookShare to Pinterest
Labels: parenting