Fun Family Time on a boat! 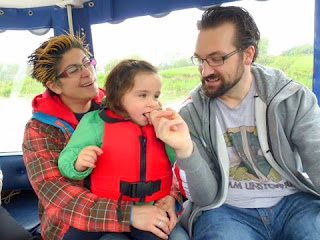 This weekend included a bank holiday Monday. Which was just as well because Goblin was ill all of Sunday and lay on the sofa feeling very sorry for himself while watching Dora and his new favourite Go Diego, Go (Thanks You Miss Courtney for that little gem). 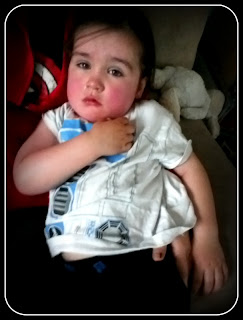 He was still feeling a bit under the weather on Monday, but his temperature was down so we decided to brave a boat trip. Nanny had discovered the trips on the River Stour, and on bank holiday Monday kids go for free if they bring a teddy.  We decided not to take Goblin's favourite Lamby in case it fell over board. 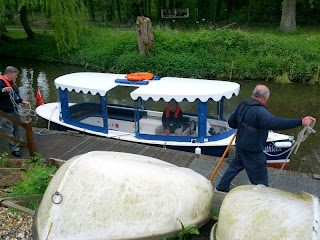 The little electric boats came every half hour and did a little journey up the river to the wier and back again. The round trip took about half an hour and the captain of the boat gave a little talk on what we were looking at as we went along. Half an hour is just about right for a toddler. 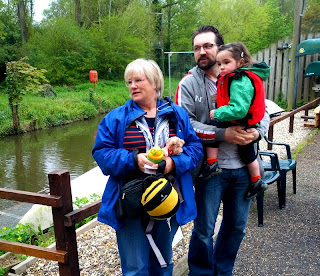 Goblin was not amused at having to wear a life jacket. Even when I said it was just like the one that Dora and Diego wear he was not appeased. He was also disgruntled that the adults didn't have to wear one. I had to explain that the river wasn't that deep and if we fell in we could just stand up. This seemed to be a satisfactory answer - although it may just have been that he was distracted by something new. 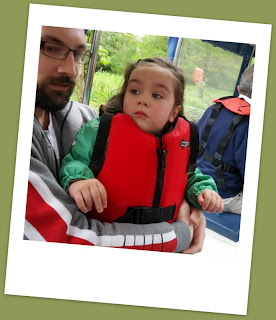 When we got on board the boat rocked hard. Goblin was rather nervous, and so were a couple of older people at the front of the boat. In fact by comparison Goblin totally remained calm. 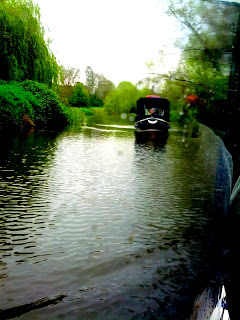 Once it got going Goblin settled down and started looking around.
We saw other boats
We saw life belts in big red boxes along the tow path
We saw pillboxes from the second world war
And we saw a swan in a nest 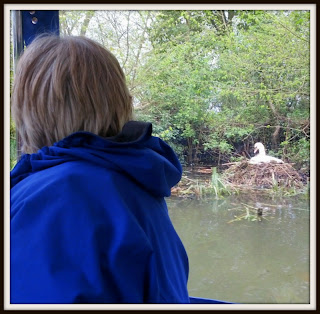 Goblin liked the boat trip, but the best part of the day was getting ice cream afterwards. Especially because the nice ice cream man gave him chocolate sauce and sprinkles on his one. 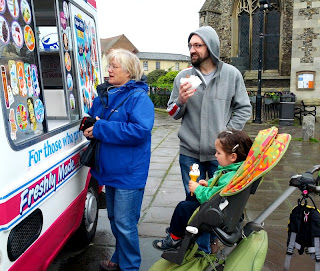 Posted by The Monko at 20:57
Email ThisBlogThis!Share to TwitterShare to FacebookShare to Pinterest
Labels: 30 months, outdoor play, outings, water