You may remember Hublet's last post about baking. Well he's been at it again. Here is his latest post unedited by me, ready for your enjoyment. My only request was to have a photo of him to put at the top (this is the one he chose!). 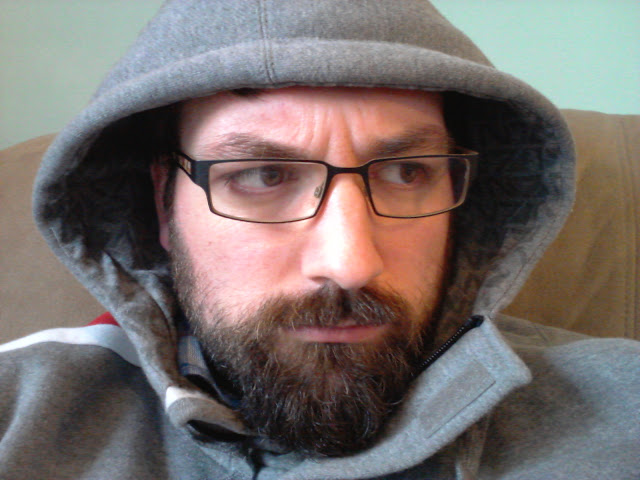 Oh no it is Hublet again!

Before I get onto my main post, I have to put this down for the world to see.
The other morning I asked Goblin what he wanted for breakfast, he said chicken.  I asked if he was sure and he assured me he wanted chicken.
So I cook him up some chicken wings from scratch.
I present them to him and he looks confused, and says, "what's that?".
I tell him chicken
He says it is not, leads me into the kitchen, gets me to pick him up and grabs the box of cornflakes explaining "this chicken"

The box has a picture of a cockerel on it.  Sigh.

As you may or may not know, Monko and I have been on a diet for some time now.   You may not be able to tell from the posts we make (and from the amount of baking which goes on) but we have had some success, although there has been a great deal of fail due to Christmas, birthdays, holidays, Easter and the fact that I am a gluttonous foodmonster who will consume all object in the vicinity which fall into the criteria of “things which fit in my mouth”.

In light of this, I have been banned from making cakes like this: 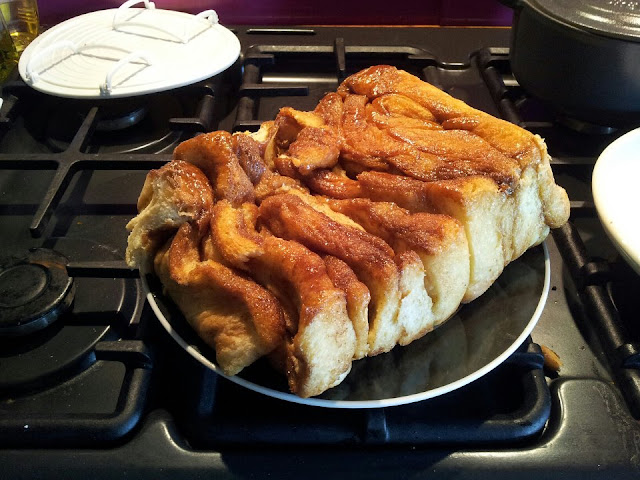 When Goblin got up this morning we went through the usual breakfast routine of:

And so the deal was made.
Through the morning he asked a few times again to make cake and wasn’t appeased by my attempts to make cakes out of wooden blocks 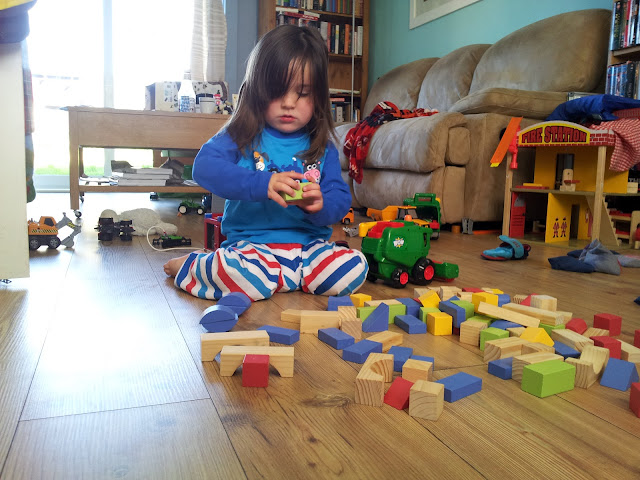 I then felt guilty as Goblin isn’t on a diet, and I have very little self control.  To the kitchen!

I had the idea that I could make a fruit with cake in, I mean a cake with fruit in.  This could then be legally classed as a vegetable and therefore diet friendly.

To avoid the usual anvil like nature of fruitcake I got out the electric whisk. 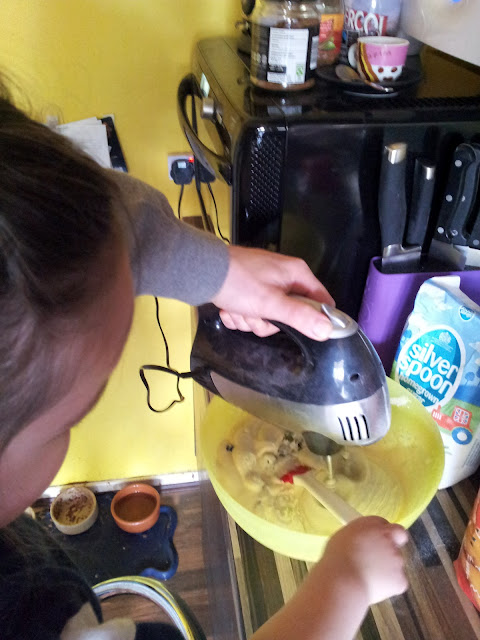 Even with the prospect of cake at the end of it, Goblin does not like the whisk.  He reversed down the steps into the corner as soon as I started it up and refused to have a go himself.  It is virtually impossible to get pictures of a fleeing toddler while holding a whisk in the other hand so unfortunately I mainly have pictures of him in between. 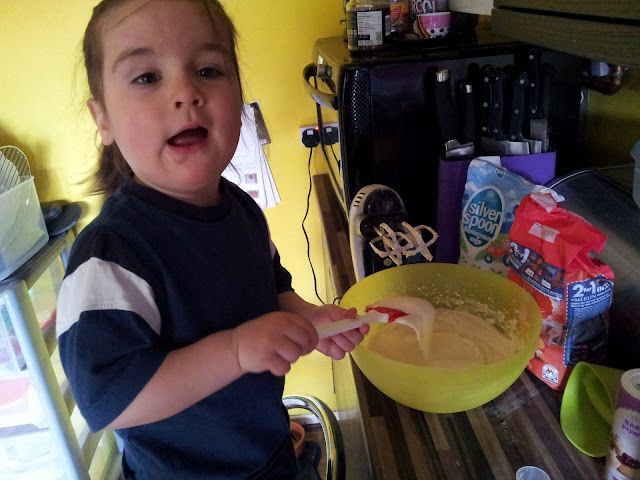 Goblin likes weighing things out and putting them in the bowl, he is reluctant to just pour things in, preferring to do it in little handfuls.  Perhaps this is to prolong the activity. 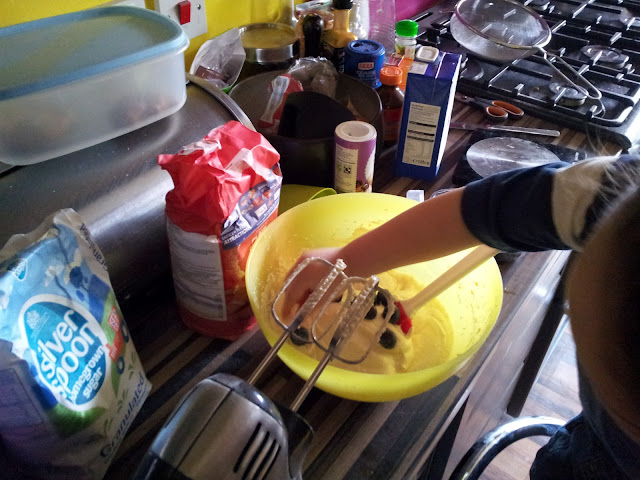 Eventually we finished with the boring measuring part and got onto the actual point of the whole activity.
Licking the beaters 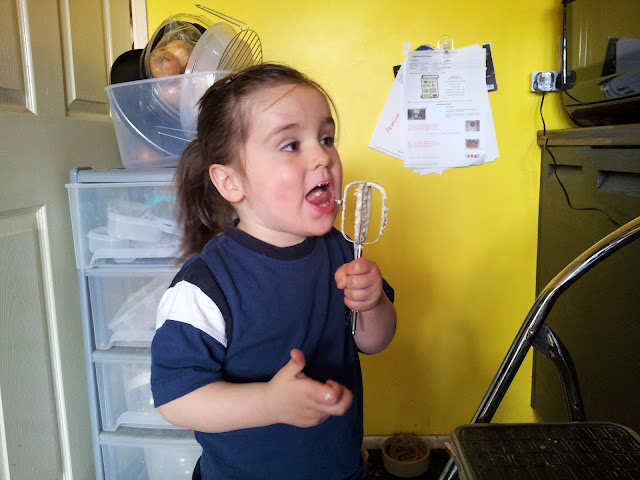 While it is in the oven I ought to do some recipification.


Here is it just out of the oven 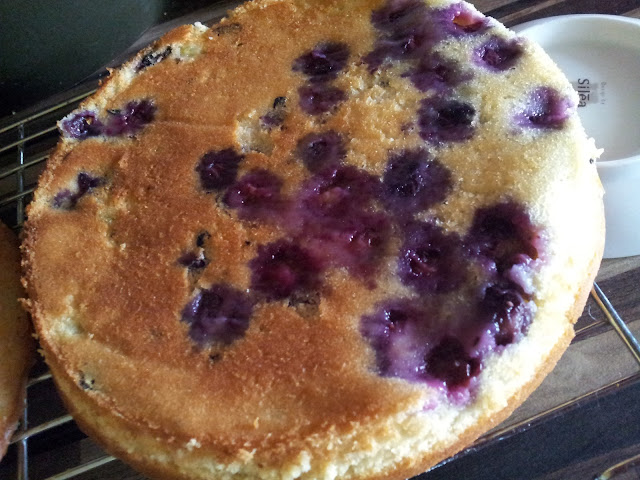 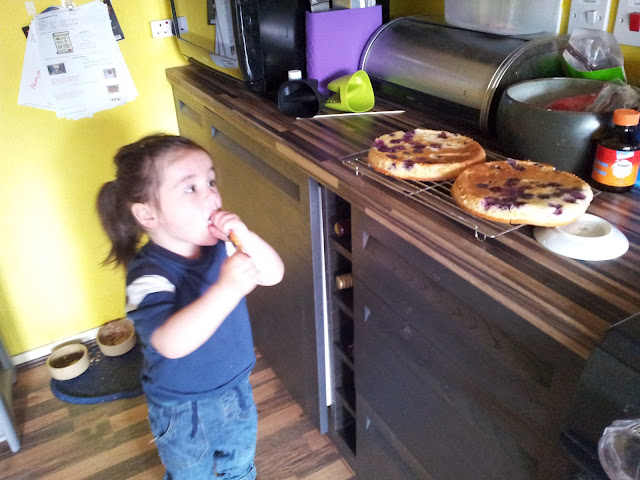 And here it is iced, the berries sank somewhat but it only makes a cosmetic difference. 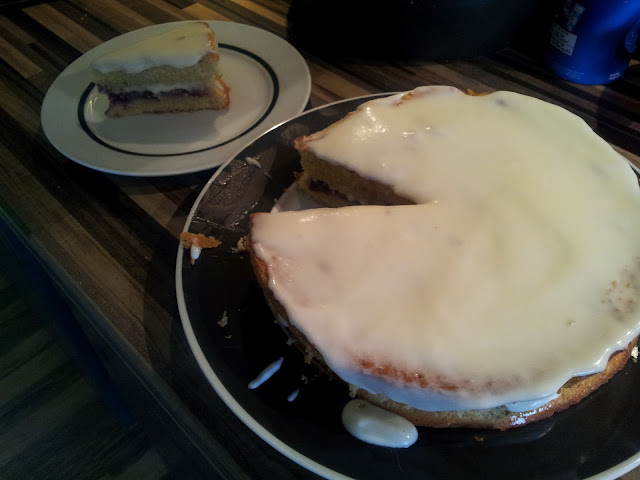 It can be difficult to guess now much involvement an activity will have for a toddler, both dependent on their concentration level and general mood at the time.
This one went okay in the end, but mainly because at each stage Goblin was asking “Eat it now?” and I could say “Not quite yet, but very nearly!”

I will be sharing this with

Posted by The Monko at 21:13
Email ThisBlogThis!Share to TwitterShare to FacebookShare to Pinterest
Labels: 30 months, cooking, daddy antics, hublet post