(Goblin is 30 months)
Hublet and I are so incredibly antisocial that it is very rare that I go off and do things without him and Goblin. But this weekend I was invited to one of my oldest friend's hen do. Before I left on Saturday morning I was moaning to Hublet that due to a couple of play dates on my 'Goblin days', where I failed to take any photos, I had nothing interesting to post here. So Hublet thought he'd help out. Here is his post

Goblin and I have been left to fend for ourselves this weekend as Monko is off on a hen do (or a bachelorette party as you might call it if you are wrong (bit of Brit humour there)).

Being the responsible husband I am, I did not send Monko on her way without sufficient provisions since the journey to the other side of London is a long one and she might need something to bribe hostile natives.  Any surviving snacks could be shared with the girls once she gets there.

I made some chocolate cupcake topped with glitter and some oatmeal and raisin raw cookie dough balls. 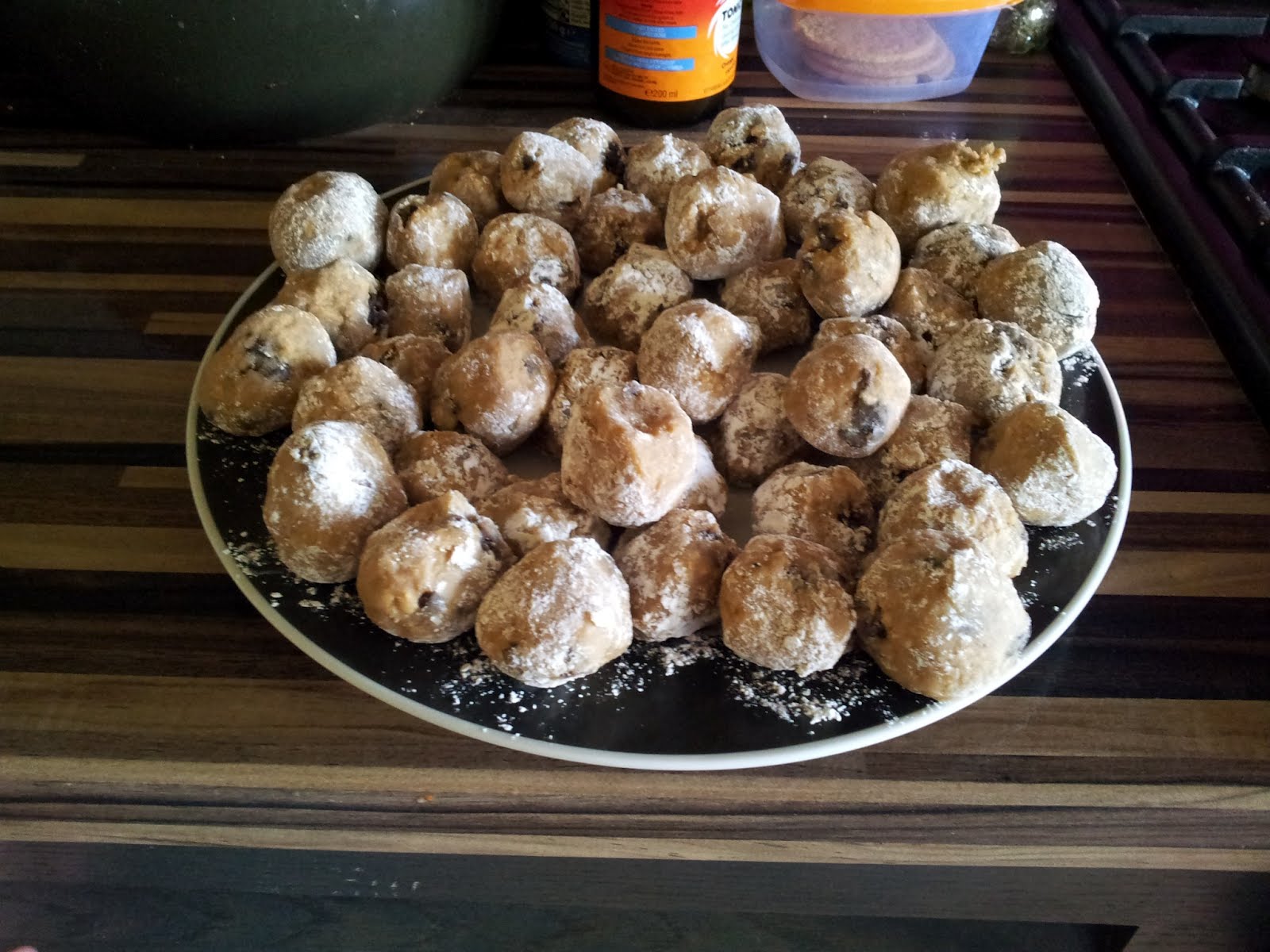 This is the original batch of cookie dough balls


Stir together, make into balls and roll in icing sugar 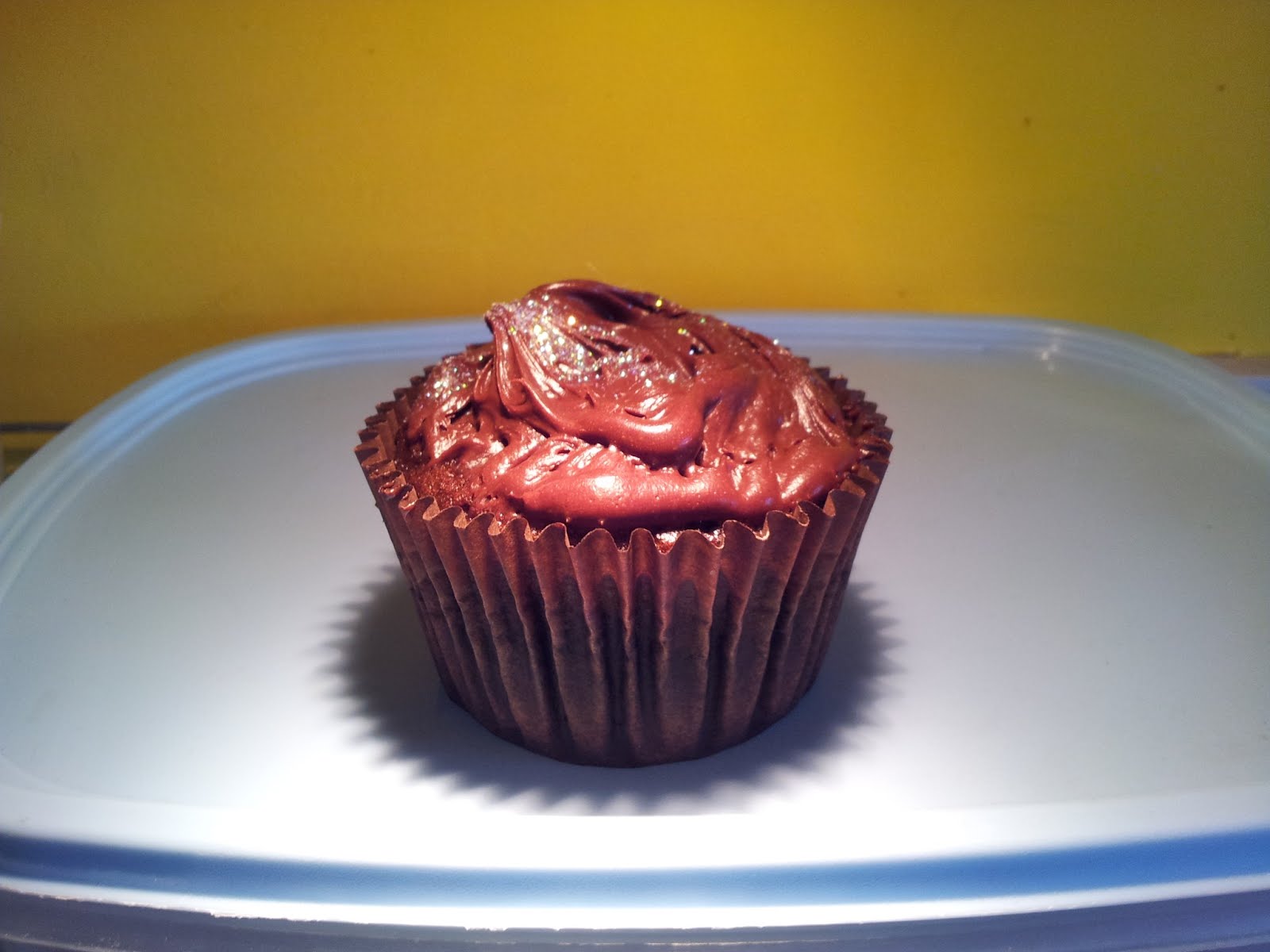 And this is the lone remaining cupcake

You might ask why I say the remaining cupcake, this is because Monko left all the baked goods on the train on the way, so they never made it to the hen do. (I felt awful about this)

Without Monko around we decided to combine history with activity and go for a walk at a nearby Roman site (http://www.camulos.com/gosbecks.htm). Nanny (my mum) joined us with her dog as it gives Goblin something to chase. 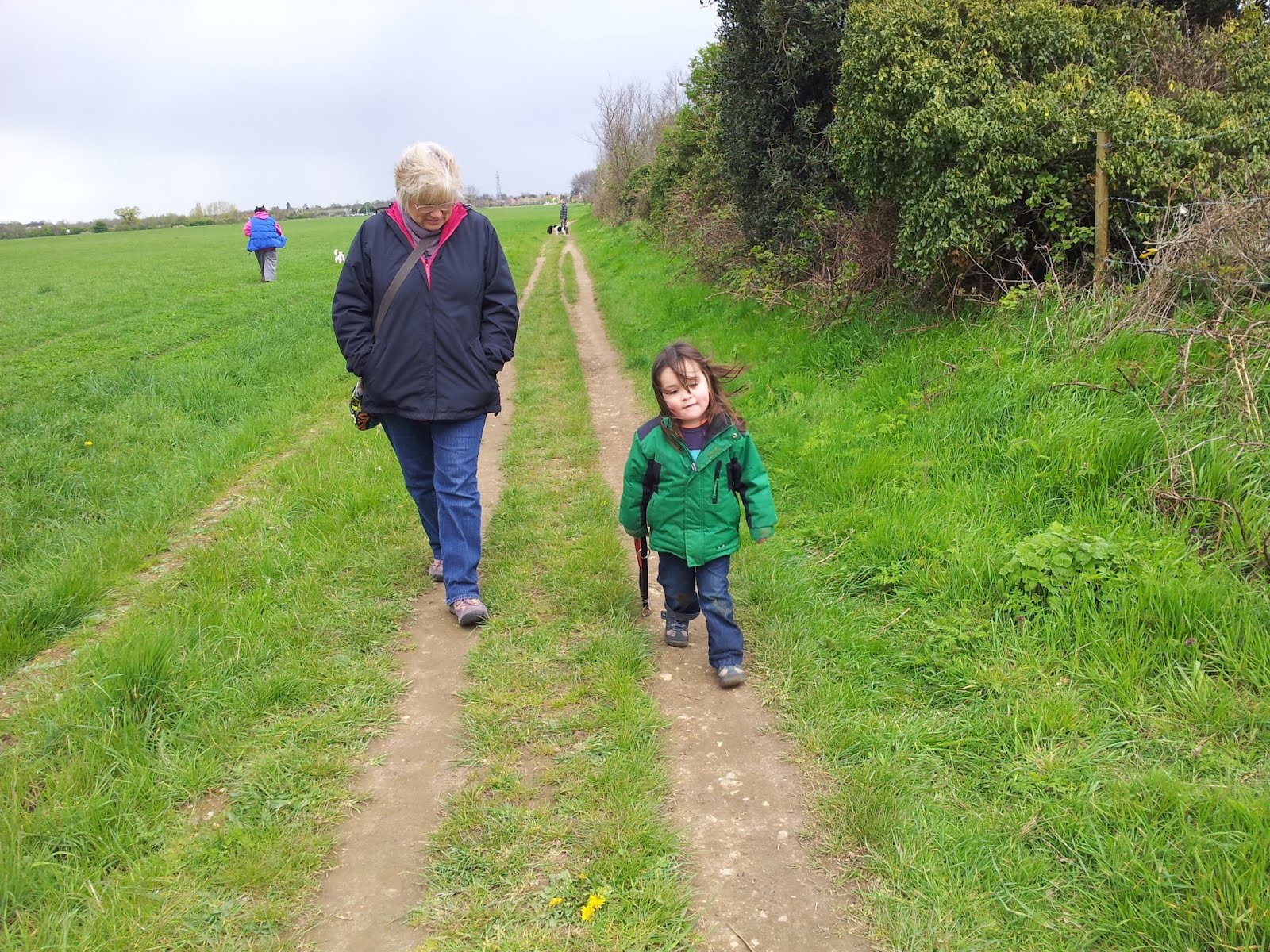 I haven’t been to the site before as it hasn’t been open that long, the architecture is still all buried but they have marked it out on the grass and have some interesting signs up.  The problem in the UK is that if you dig down a couple of feet pretty much anywhere you start hitting ruined buildings so there are lots of sites which just don’t get excavated.

Having such a big open space is beautiful though

Goblin made the most of it by hurtling around after the dog, playing hide and seek and at one point holding hands with a tree (at least that is what he told me he was doing when grabbing a branch). 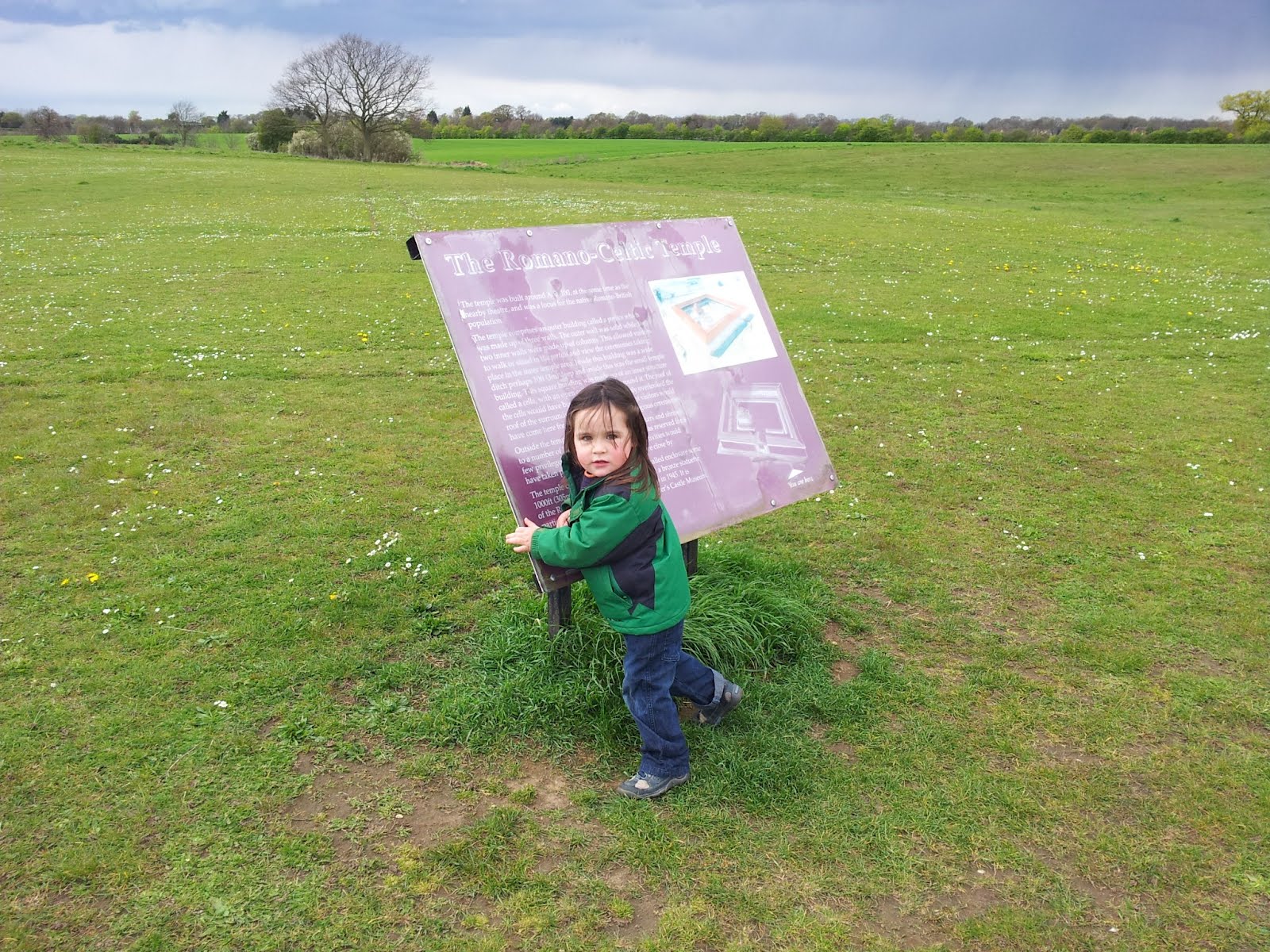 Here Goblin is telling us about the temple which was previously in that location.

Although Goblin is a bit young for the history it is good getting him out to sites like this, we stood where the stage was in the amphitheater and walked along the markings where the walls of the temple were (albeit pretending they were train tracks). 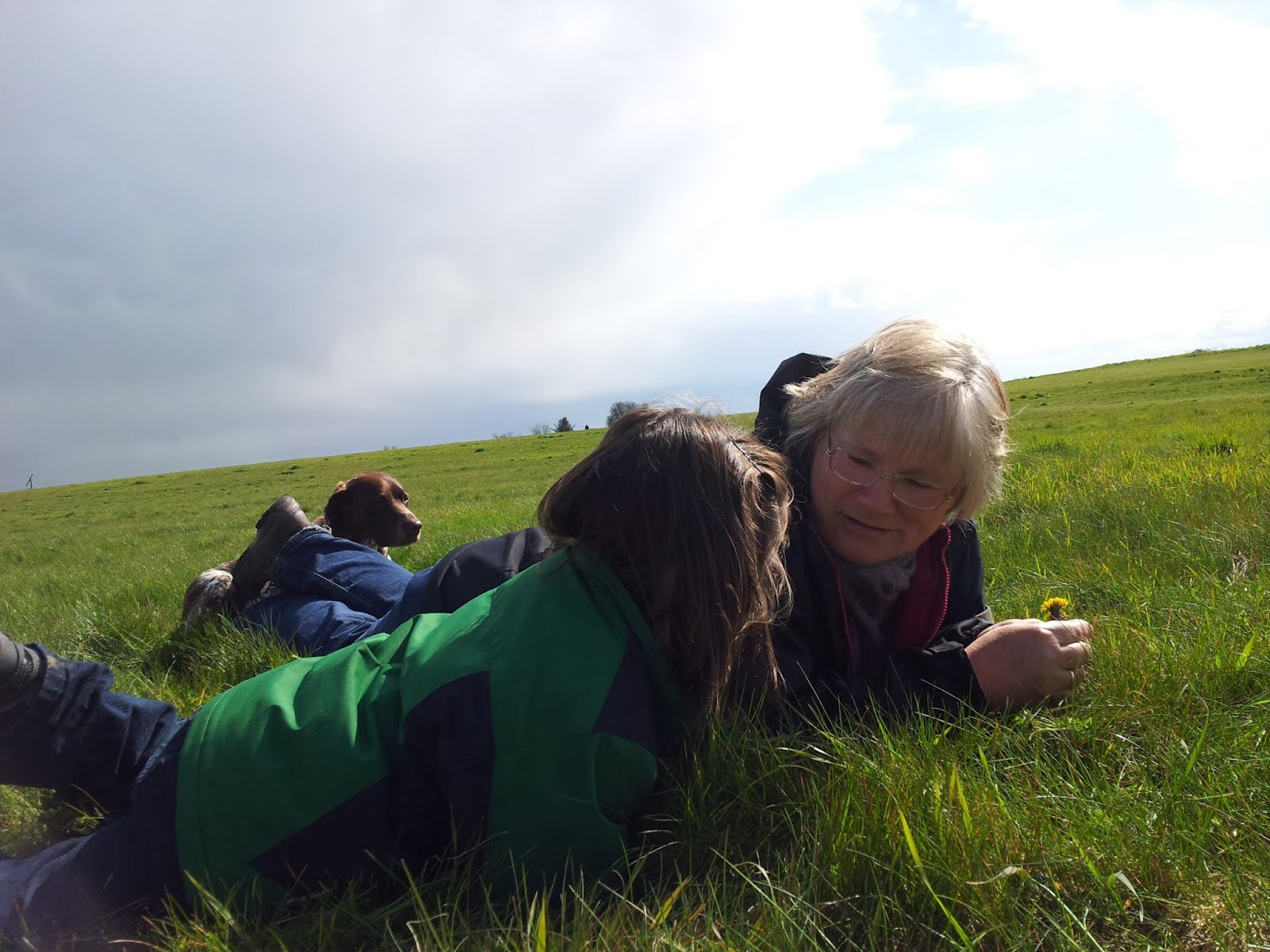 After a good long run we all had a lie down in the grass which Goblin gave to us both handfuls of to pretend to eat, apparently it was ice cream. 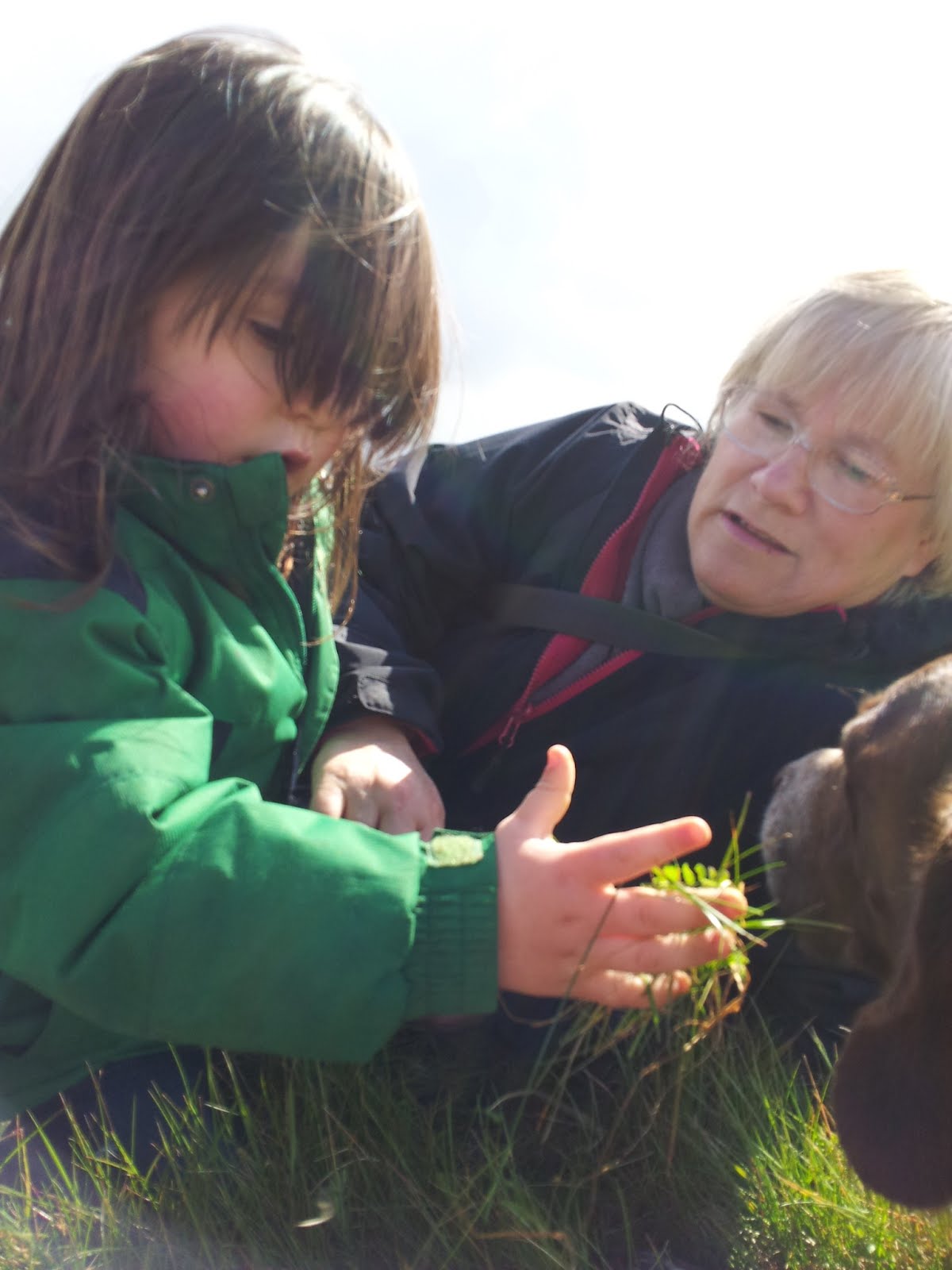 Even Clarrie the dog got some grass to eat!

After all that running around we headed back to the car park, only for Goblin to insist that we was to drive Nanny’s car to London.  We all jumped in!  You will be glad to know Goblin insisted we all wear our seatbelts. 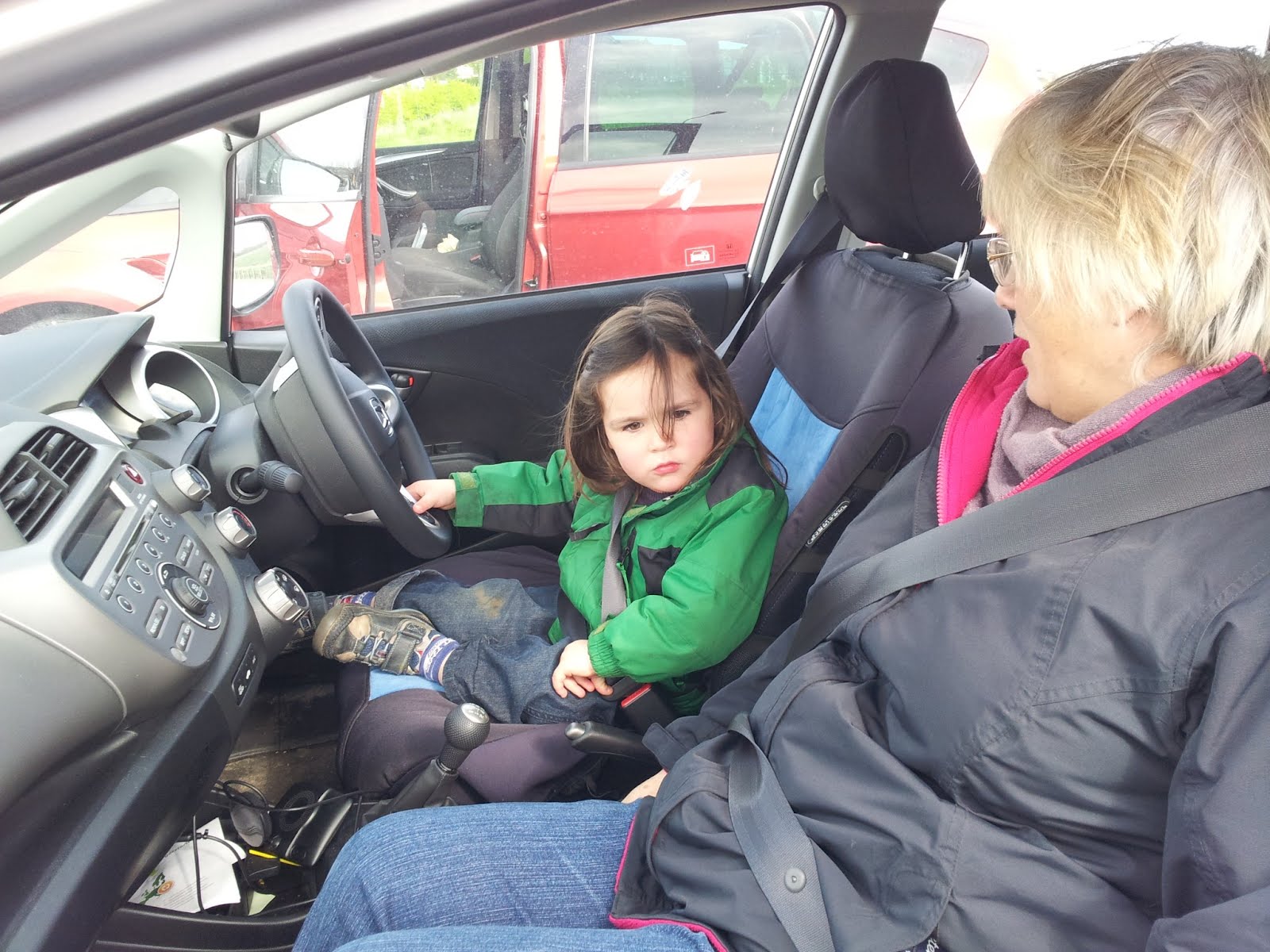 Here Goblin is chastising me for opening the door while he is driving.

All in all a nice day, which could only have only been improved by the addition of Monko. (ah isn't he sweet!)