Baking with the boy - Tear away brioche loaf 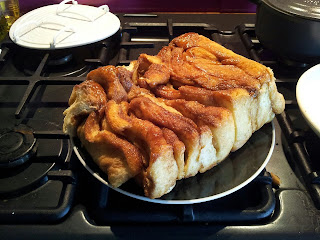 Hublet recently invented this amazingly yummy tearing brioche loaf. It is so moorish that it never lasts more than a few hours from baking. So today I decided I'd give it a go and make some with Goblin. We have a bread maker which means that it is just a case of popping all the ingredients in the bowl and turning it onto the right setting. There is even a book that comes with the bread maker which tells you the ingredients and the settings. 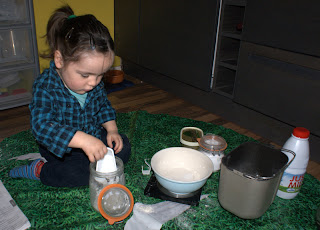 So Goblin and I got all the ingredients together to make our brioche dough. He measured it all out carefully and I went to stick it in the bread maker. Only to realise I'd made the wrong recipe. I'd made brioche loaf rather than dough, which for some reason had very different quantities. I am quite amazingly hopeless in the kitchen. Hublet does all the cooking and has done for the last 7 years. I am so out of practice and I don't even know where some things are kept (I couldn't find a table spoon today!). 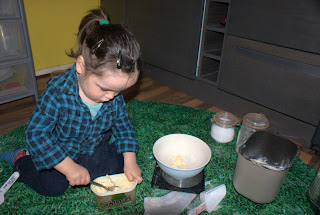 So I cooked up those ingredients and we tried again for the brioche dough. This time I got the right recipe.   We used:
Yeast - 1 tsp
Strong White Flour - 250g
Sugar - 3 tbsp
Butter - 75g
Salt - 1/2 tsp
Eggs - 2
Milk - 2 tbsp
He measured each item out, with a bit of help from me. Goblin enjoyed scraping the butter out of the packet to put in the bowl. Once everything was in the bread maker's bowl we turned the bread maker on to the basic dough setting. 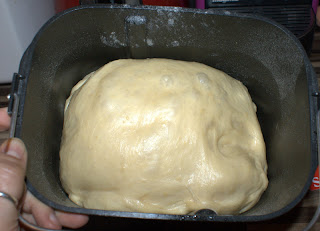 A couple of hours later we had dough. It has to be said that rolling out the dough was much more difficult than I expected. It was all springy and every time I rolled it it sprung back. Hublet tried helpful suggestions like - "stretch it like you would focaccia dough" (I have never made focaccia and had no idea what he was talking about). 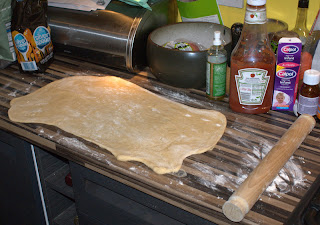 But eventually I got it flat and thin enough. Then I spread the dough with a yummy mixture of sugar, mixed spice and melted butter. 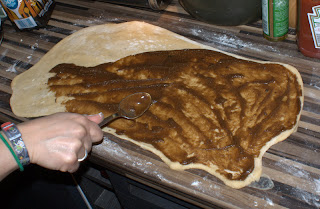 I cut the dough into small squares (smaller than the loaf tin they will go into). 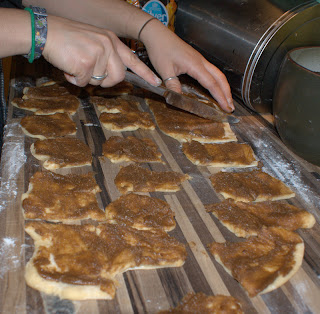 Then stacked them up and popped them into the loaf tin (reversing the last square so that the mixed spice mixture is on the inside not the outside). 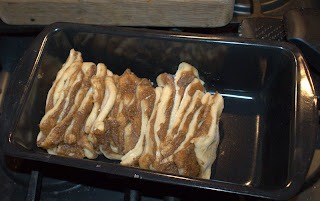 To make the dough rise I put the tin in the oven on a really low heat for 40 mins. 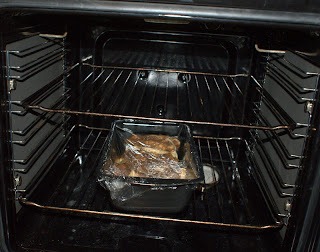 Posted by The Monko at 22:16
Email ThisBlogThis!Share to TwitterShare to FacebookShare to Pinterest
Labels: 29 months, cooking