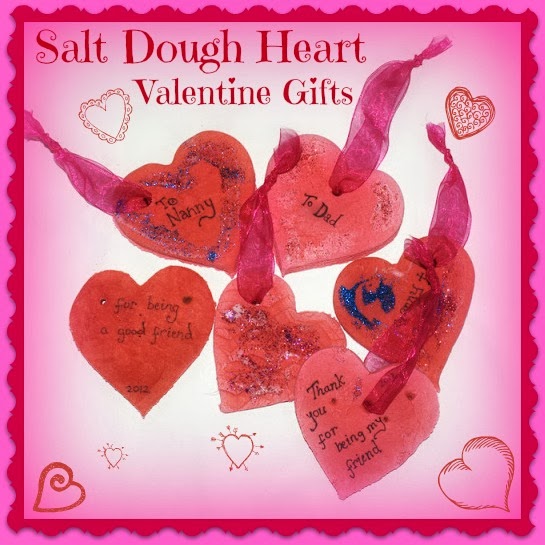 I'm usually a bit 'bah humbug' about Valentine's day because its so overly commercial. I love my friends and family 365 days of the year and try and tell them regularly, so a special day seems a bit daft to me.   However having a toddler makes you review your interpretation of things and this year instead of cynically dismissing it as an opportunity for Hallmark to make a killing, I have viewed it as an opportunity for Goblin to do some craft activities and share something special with his friends. So today we set about making little heart keepsakes for him to give to his friends and family.
We used our usual salt dough mix

1 cup salt
1 cup flour
1/2 cup water
When I say cup, thats not the american measurement, that just means what ever cup you are using, its the same ratios. We used a tumbler from the cupboard which held about half a pint. All the mixture goes in the bowl together at the same time and you mix it together with your hands adding a bit more water if needed. 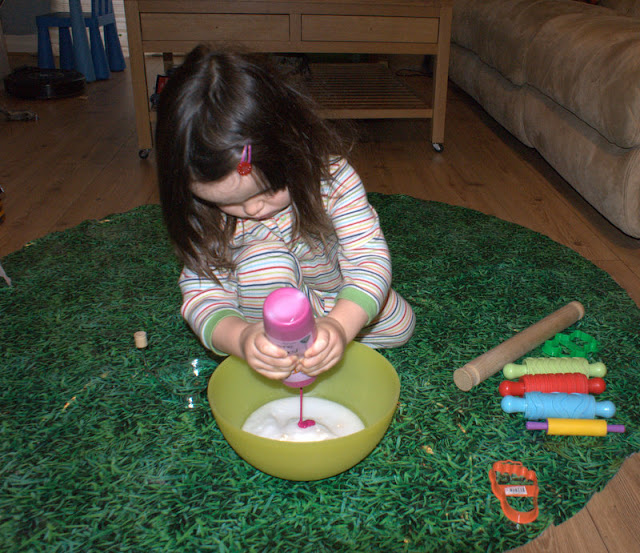 Instead of adding more water we added some ready mix pink and red paint. This is what it looked like when we'd mixed it all together. 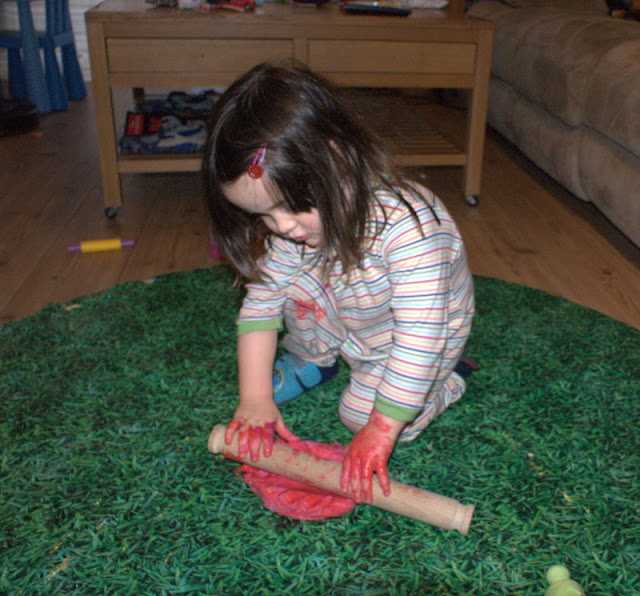 Goblin rolled it out. His hands are not covered in paint from the dough - he decided to do a bit of impromptue finger painting while I was getting the dough to the right consistency. Goblin cut the hearts with his heart shaped cutter (I had to help get the cutter right the way through the dough). Then he used the spatula to lift them into a tray - this was his favourite bit. 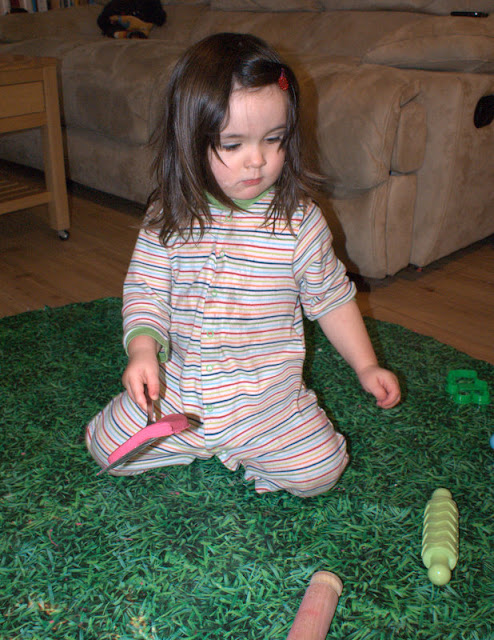 We made a hole in each heart with a kebab skewer so that we could thread a ribbon through later to hang them up. Goblin also made some extra holes in some of the hearts - for effect. And we used his zigzag roller on one of the hearts which gave it a really cool texture. We put the hearts in the oven at 120 degrees C (250 F or gas mark 1/2) for three hours. 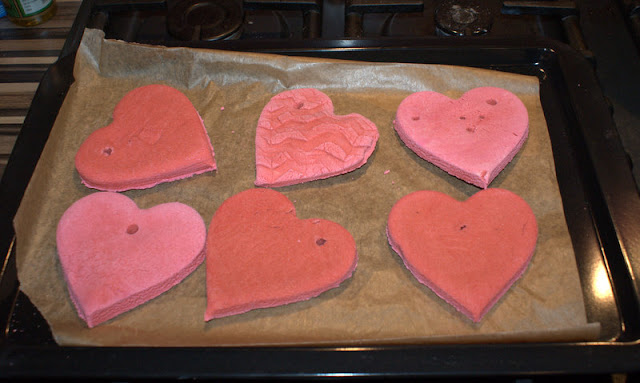 I was impressed that when they'd dried out the colour was pretty much intact. Goblin added glue and glitter (I helped with the glue because left to his own devices Goblin would have drowned them in glue). I had intended to just give Goblin red glitter to use but he decided he wanted to also add blue and purple. He specifically asked for the blue glitter so who was I to stand in the way of his art. 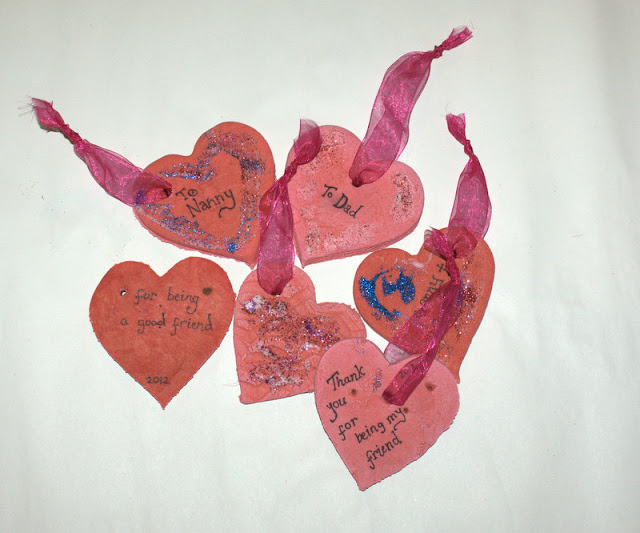 Once the glue had dried (ish) I wrote on them and tied the strings on. We will give them out on Valentine's day. Until then they can hang on Goblin's 'seasons tree' which is strung above his art table. 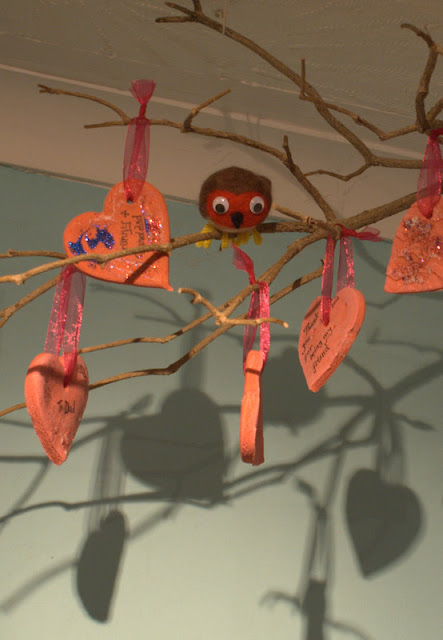 Posted by The Monko at 21:05
Email ThisBlogThis!Share to TwitterShare to FacebookShare to Pinterest
Labels: 27 months, toddler craft and painting, valentine, Winter