Someone forgot the importance of Child-led!

(Goblin is 27 months)
Do you ever have one of those 'mental moments' where you throw out all rational thinking, all previous convictions and all common sense and decide that you need to do stuff with your toddler that you just know deep down is not right for them and their development?
I do. 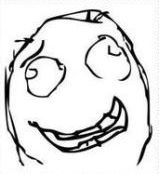 These feelings tend to surface when I have been looking at too many of the more educational focussed blogs - a confession that will have Hublet putting a parental lock on the educational blogs so I can't read them and go a bit bonkers.

Before Christmas I had decided to focus on fun, play, crafts, exploration and discovery. I had really embraced some of the Waldorf Steiner philosophies around play and toddlers learning about themselves and their surroundings through play. I had put to one side any work on letters or intentional/structured number work. I was happy and comfortable with this, and so was Goblin.
But suddenly this Monday I had a 'mental moment' and decided I needed to be exposing Goblin to more letter work. I think this was the result of my inner 'competitive tiger mum' trying to assert herself. She needs a good slap and shoving back in her box but sometimes I'm too distracted to catch her in time and she bursts to the surface and takes over for a while.
I'm not saying that any parent who tries to do structured lessons with a toddler is a competitive parent. Some kids will respond really well to structured learning activities. But I know that Goblin won't and yet something inside me still occasionally drives me to ignore what is best for Goblin and focuses on what will make me feel like a productive mum - "Competitive Tiger Mum".

On Monday morning 'Competitive Tiger Mum' burst to the surface and rushed to the laminator. Before I could stop her she'd printed a bunch of letter U printables and laminated them all.

We had a bingo dabber letter U with some gold stars. Goblin hadn't shown much interest in trying to use a bingo dabber on the circles so 'Competitive Tiger Mum' thought he might prefer sticking stickers as he usually loves stickers. 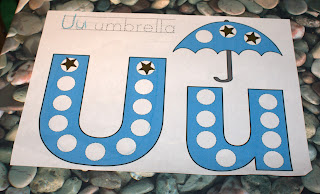 GOBLIN WAS NOT INTERESTED
Instead he turned the page over and set up his bin lorry in front of the page, and started to draw big circles saying he was drawing his bin lorry, and then got me to draw a bin lorry for him. 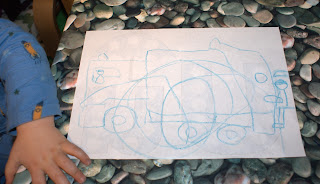 On Goblin's shelves 'Competitive Tiger Mum' placed his leapfrog phonic learner with a letter U in it. Two flash cards with Us on and a laminated highway printable and car so Goblin could drive his car along the U (getting his muscles used to the shape of a U).

GOBLIN WAS NOT INTERESTED
'Competitive Tiger Mum' printed out some U letter tracing and a hollow capital and small case U. Goblin has  previously shown some interest in tracing. 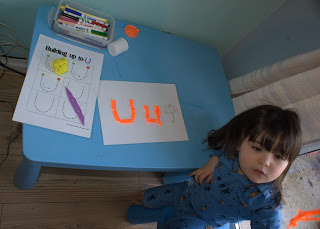 GOBLIN WAS NOT INTERESTED
Some of the blogs I read have been using playdough to make letter shapes. Goblin loves playdough at the moment so 'Competitive Tiger Mum' thought he might be interested in that. She did it first to show him what we were aiming for. Then it was Goblin's turn. 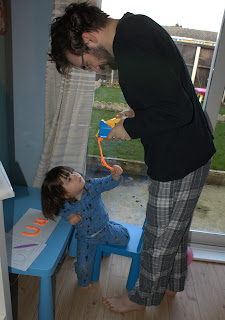 GOBLIN WAS NOT INTERESTED
Goblin had other ideas. He went to the playdough box and got the shape maker. He played with that for a while before getting Hublet to make him long strings of spaghetti which he then proceeded to pretend to eat. It was very cute and very fun and not at all what 'Competitive Tiger Mum' had intended.
This was the jerk back to reality that got 'Competitive Tiger Mum' back in her box and allowed me to just sit back and enjoy my cute little boy playing at eating playdough.  Rather than pushing Goblin to learn letters through structured work that doesn't fit with his current interests, the more chilled out me dug out his alphabet caterpillar. This was given to him by a lovely work colleague of mine. It has a letter on each leg and the numbers zero to eleven down its back. It has been living on a shelf in his room with all his other cuddly toys. 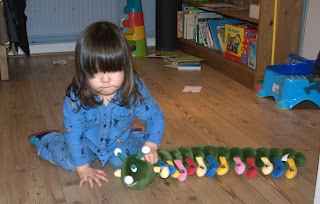 Goblin was VERY interested.
He snatched the caterpillar out of my hands and crawled him up and down the floor. Then he sat and played with him and we chatted about his legs and what each letter was called. Goblin was interested and receptive and happy. He really enjoyed this game.
Hopefully I have learnt my lesson and 'Competitive Tiger Mum' will stay buried for a while so I can help Goblin develop through play and exploration which seems to fit better with his nature.
If your child does enjoy structured learning there are some fantastic posts on literacy and letter work at  Tot School link up and the Montessori monday link up . I still really enjoy reading these posts and marvelling in the diversity of learning patterns that toddlers have. But I need to remember to move at Goblin's pace and fit with Goblin's interests - child led learning.
I'm linking this to

Posted by The Monko at 21:12
Email ThisBlogThis!Share to TwitterShare to FacebookShare to Pinterest
Labels: 27 months, child led learning, letters, parenting