On the Shelves - Colour matching

I decided to do another blitz on colour. We do talk about colour a lot. Goblin knows Yellow, Orange and Pink. He recognises Blue and Purple most of the time, but he never recognises Red or Green. I started to wonder whether he might be colour blind (Paranoid mum alert!), because Red-Green colour blindness is the most common. But if you give Goblin red objects and green objects he can sort them, and match them, he just can't name them. So it isn't colour blindness, its just forgetfulness.
So the activities I put on the shelves this week to help him with his colour naming (and matching) included: 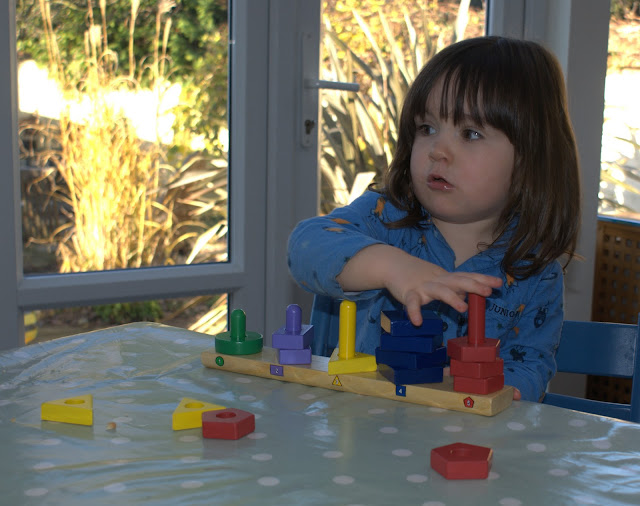 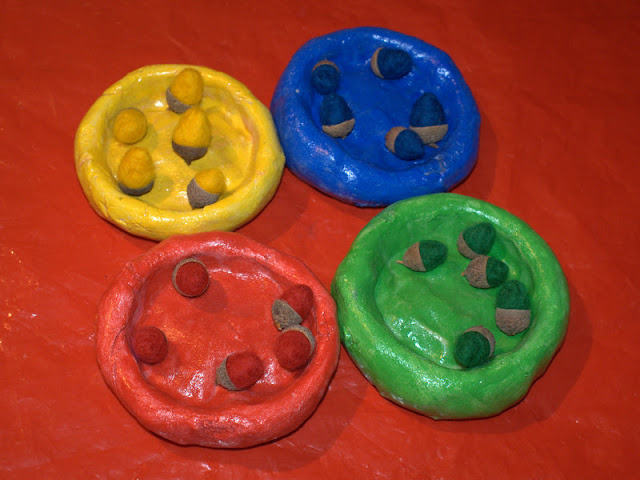 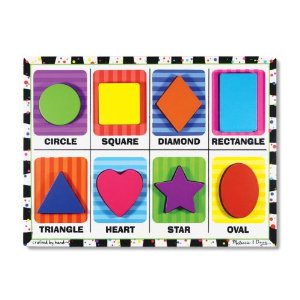 His Melissa and Doug Shape puzzle. 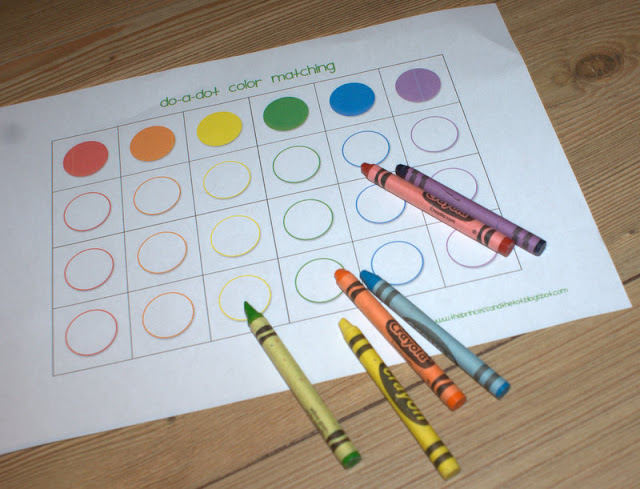 I found some great colour matching printables on The Princess and the Tot blog. I printed off two lots and put one out with crayons so Goblin could colour the right circles with the right colour (he hasn't shown any interest in doing this yet though). The other one I put on the shelf with a board covered in coloured stickers so Goblin could match the stickers to the right coloured circles.
We have lots of half used sticker books from when Goblin went through his sticker obsession. He was obsessed with stickers but only if they were vehicles. We bought a couple of amazing sticker books with a variety of stickers in them only to find he lost interest as soon as all the cars and lorries had been used up. They have sat unloved on the book shelf for months. But as you can see he was interested in this activity - although not very good at it! We talked about the colour names a lot though. 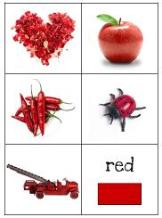 One thing I didn't put on the shelves was his colour matching cards. He has had these for ages but to be honest I forgot about them. But I was looking for something the other day and I found them. Goblin spotted them and instantly started to pull the matching cards off the laminated sheets (I velcro them to the back of the card for storage) and match them up. He loves them. I downloaded these from http://www.homeschoolcreations.com/preschoolcolorsandshapes.html.
I also put some of his cars on the shelf with some colour cards I had laminated. These were a big hit. First we matched the cars. Then he went and got a whole bunch more and we did those too. 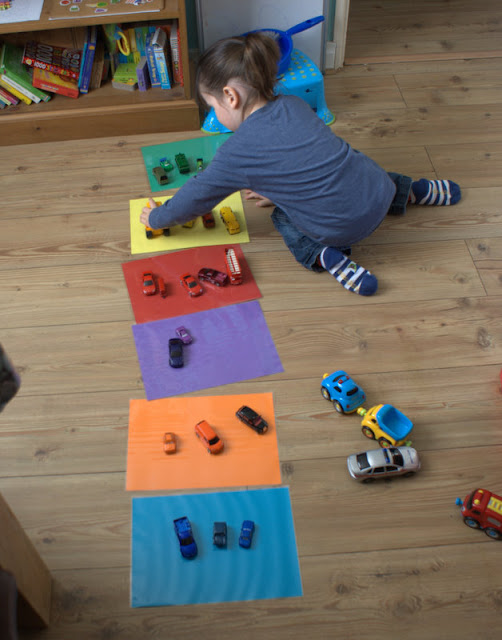 And later we sat at the other end of the room and rolled them at the right coloured card - we were both really bad at this. But we both enjoyed it a lot. Not sure how much colour learning went on. When I showed Goblin the red bus and said "what colour is this" he said "bus" - hmmm!