(Goblin is 26 months)
Goblin and I did some art today. 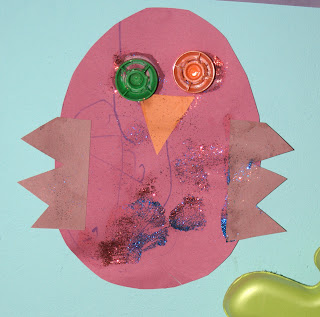 I have been collecting the tops of the fruit puree sachets that Goblin eats. As soon as I saw them I thought they'd make great owl eyes. But its taken me until now to get round to using them. 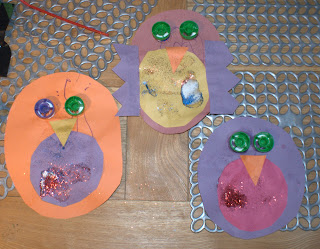 I cut some shapes and Goblin drew on them with a felt tip pen. Then I gave him some glue and let him loose on the shapes. I helped him stick them in appropriate owl places and then gave him some glitter to make them sparkley. I was going to leave it there - four owls seemed like a good amount of art, but Goblin had got the painting bug. So we also made some snow storm art. 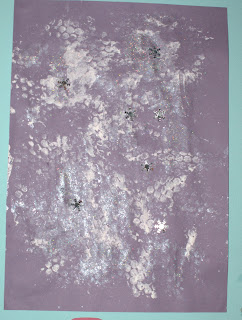 Goblin squeezed white and silver paint onto paper and I we used bubble wrap to spread it out. Then Goblin sprinkled silver snowflakes on the snow storm. 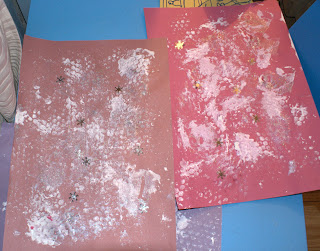 I was going to cut out some black silhouettes of santa's sleigh and christmas trees, but I decided I really like them as they were.

Posted by The Monko at 20:20
Email ThisBlogThis!Share to TwitterShare to FacebookShare to Pinterest
Labels: 26 months, painting, toddler craft and painting, Winter