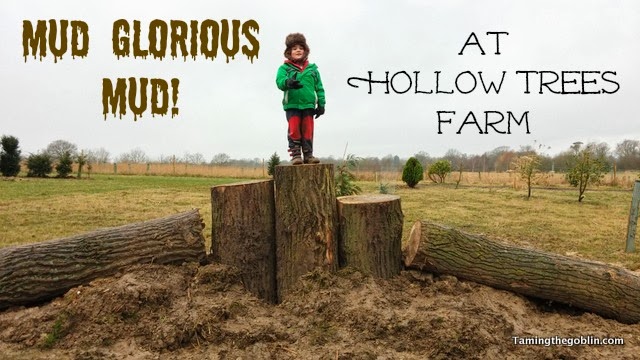 We finally visited Hollow Trees Farm. Its one of these places that all my friends have been to and I keep seeing great photos of it in my face book feed, but for some reason we haven't managed to get our act together to go. But we finally did, and it was not a disappointment. 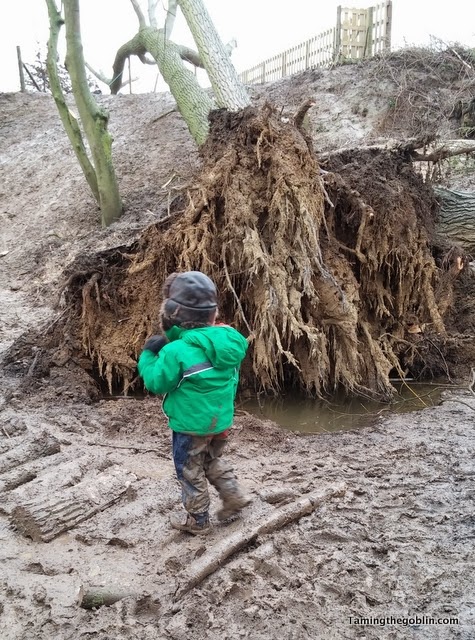 Apparently there are animals at Hollow Trees farm. We did not get far enough to see them. Instead we made a tiny detour past some tractors (real tractors, Goblin was in heaven!) before heading to the main play area. 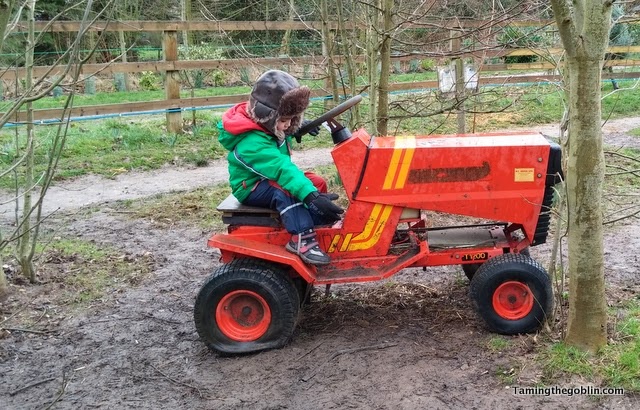 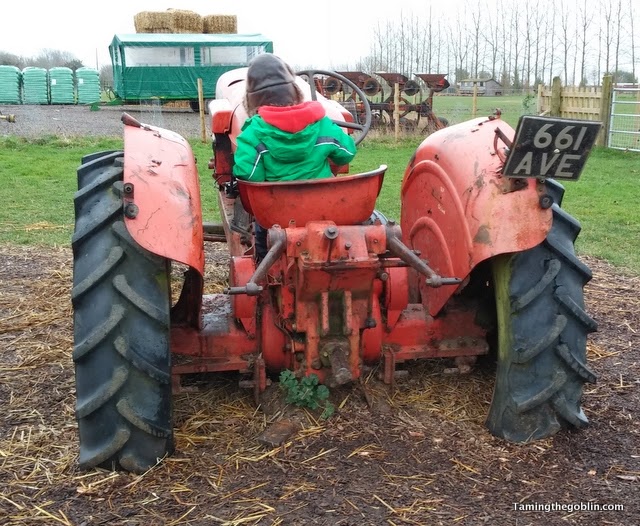 The play area called Pogals Pit is down a little hill. It had been raining non stop for the last four days and the place was a complete quagmire. It was perfect for a waterproofed four year old. 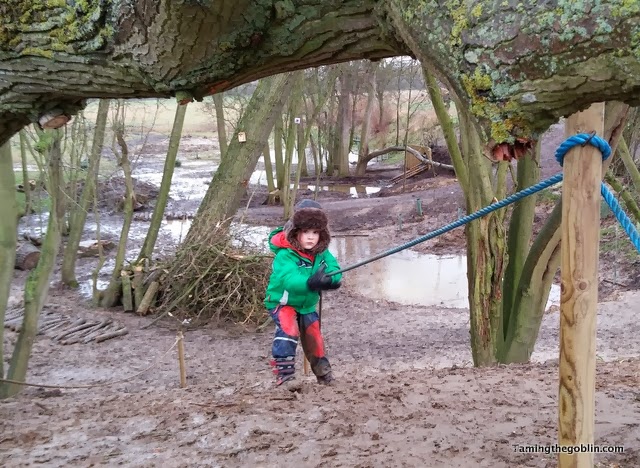 As I stood back and watched my intrepid explorer attempt to climb a muddy hill, and fail, several times, some other children rounded the corner. They had obviously got there before their parents and they threw themselves down the hill with abandon. They weren't quite as prepared for the mud as us and although they had wellies, they only had jeans on. These rapidly turned the same brown as Goblin's entire waterproof suit. Then their parents appeared on the verge of the hill. OOOH! Someone's in trouble! 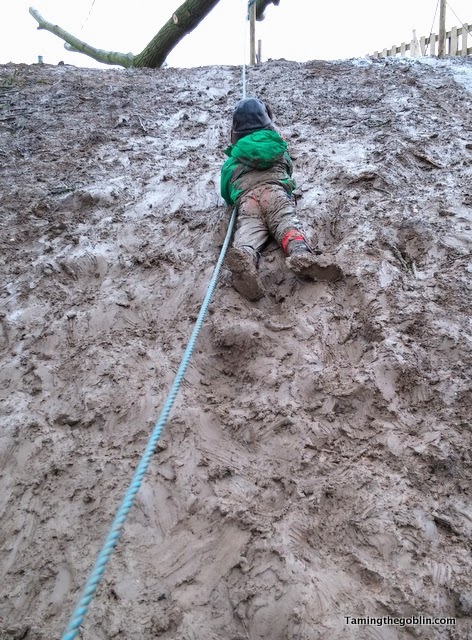 Goblin embraced his new dirt skin with open arms. After the first coating he decided to basically lie in the muddy puddles. At least he did this out of choice - I saw another child trip and fall head long into one that was about a foot deep. This was definitely an area that required parental supervision (and parental waterproofs). 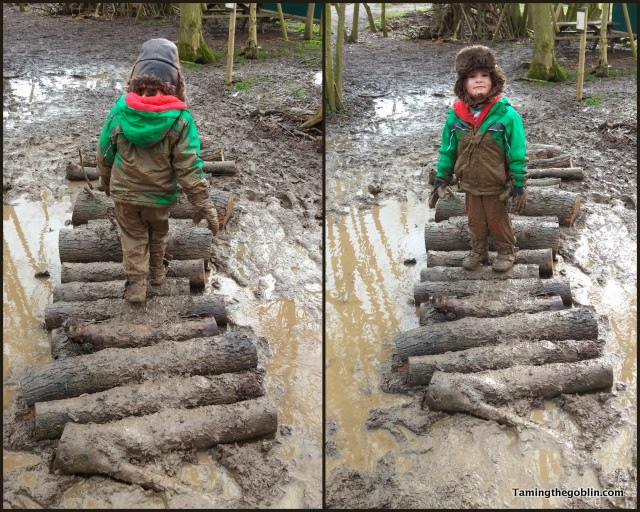 Despite having my own waterproofs on, I did draw the line at giving Goblin a carry when he got tired. He was after all covered entirely from head to toe in thick glorious mud. 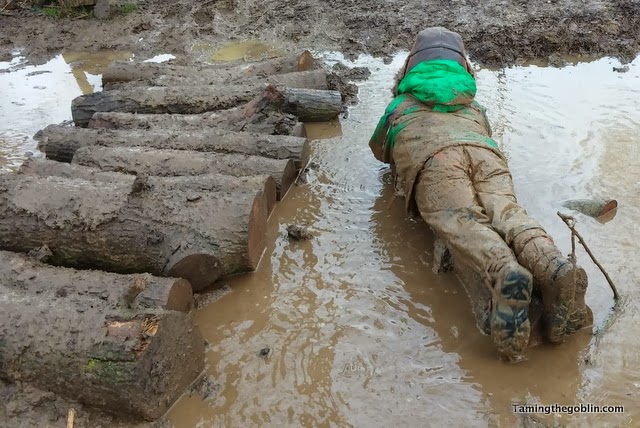 At the top of the hill was a tap and wash basin, but we rapidly concluded that it was a losing battle to try and get him anywhere near clean, so before I put him back in the car to drive home we both stripped off and put on our 'emergency clothes' that I keep in a bin bag under the car seats for just such occasions. 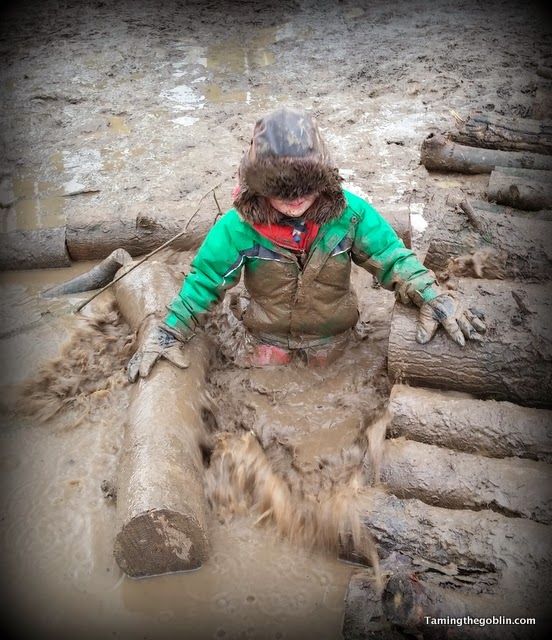