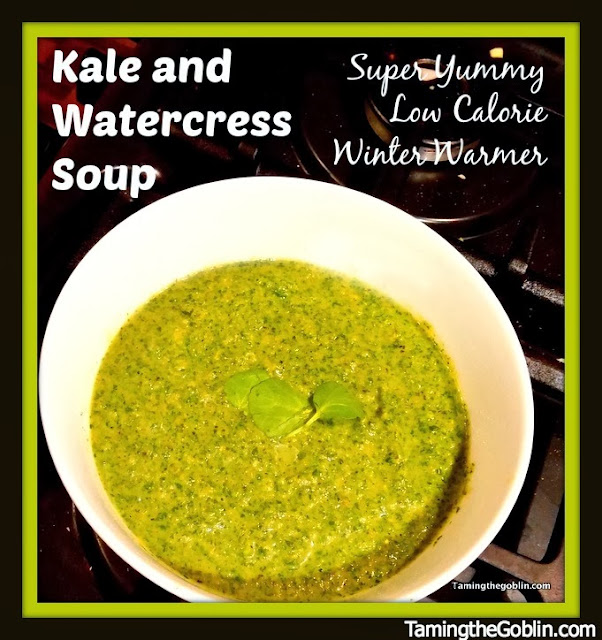 As part of my efforts to lose a bit of weight I have decided to make soups to take to work. I'm trying to limit the amount of carbohydrates I eat (this has been good in previous diets) but still make soups that are filling. My latest creation is pretty yummy, and has that weighty taste (and texture) that means you feel like you have had a proper meal.

I used the following ingredients (Calories are estimates using google).

I was rather pleased that the total soup came to 970 calories, and at two big ladles a bowl it served 7. That made the soup 139 calories per bowl. 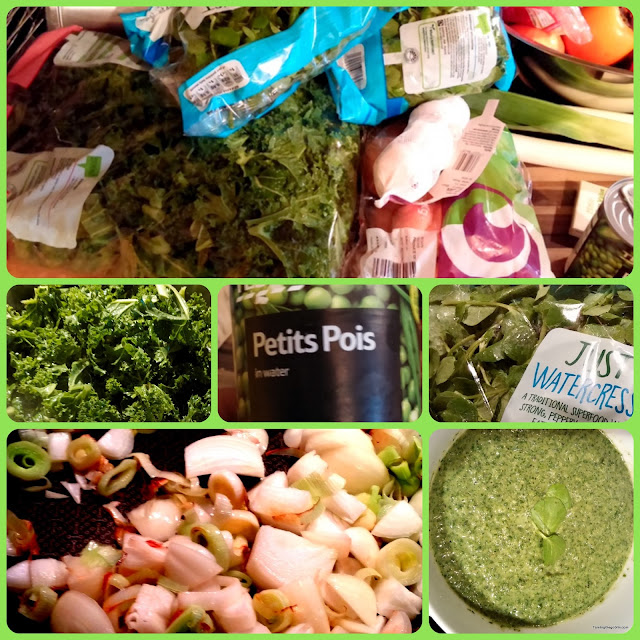 If you want to make this soup you will need a really big pot. 500g of kale is quite a volume but sweats down to a much smaller size. I sweated the kale with a little oil (1 tbsp). I fried the leeks, onions and an entire bulb of garlic (because I really like garlic). I added the fried veg to the kale and added a stock cube dissolved in 450ml of boiled water. I popped a whole can of petit pois in and stirred it all up and left it to boil for about 5 minutes. Then I added the watercress, left it a few minutes then took it off the heat and blended it with a hand blender - you are supposed to do this cold but I'm impatient.
It was a little thick so I added 300ml of skimmed milk (which still leaves it as a pretty thick soup). And finally I added salt, pepper and some bacon salt to give it a little kick.

Posted by The Monko at 08:00
Email ThisBlogThis!Share to TwitterShare to FacebookShare to Pinterest
Labels: cooking, healthy parents, recipes