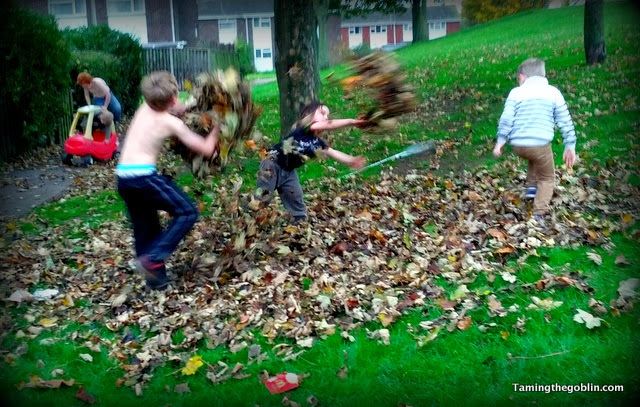 The Neighbourhood kids came to call for Goblin. The kids on our estate that play are between 5 and 11. I find it ever so cute that they include Goblin, he is the youngest of their little gang and I don't let him go out on his own yet. 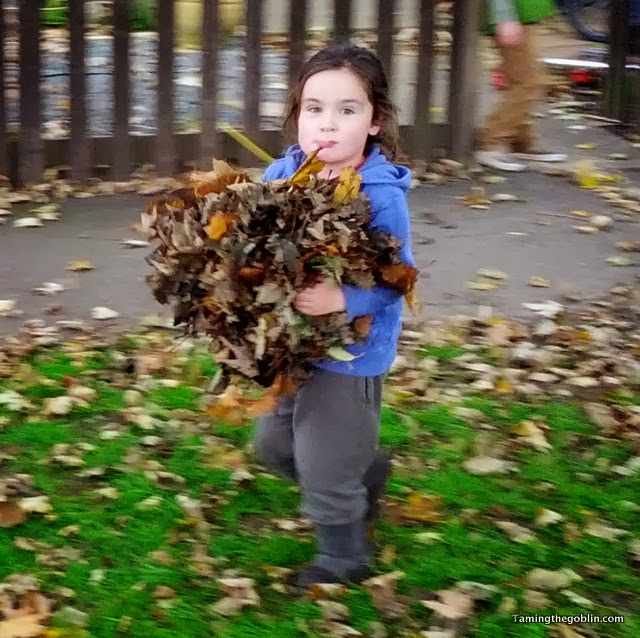 Often they just ride their bikes up and down the paths or play with toy cars. Today they had nerf guns and were trying to shoot each other in the head. So I decided to encourage a redirection of play. To be honest I thought it would take a little more to convince them to play with something else. But it didn't, all I had to say was:
"Look boys why don't we play with these leaves"
All five boys threw themselves entirely into the task of collecting leaves to build a giant leaf pile. 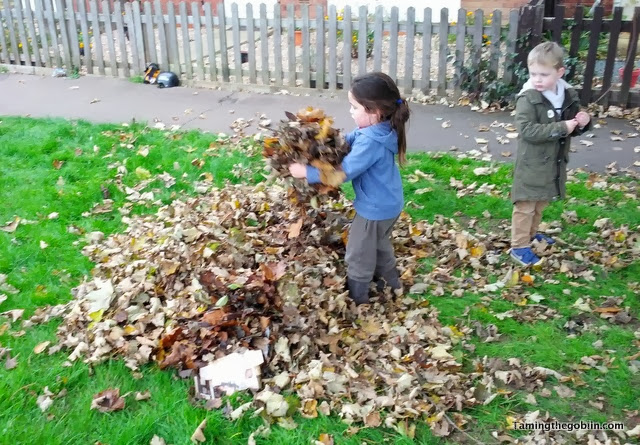 They collected up all the leaves from under the nearby trees using a rake, and then they set off to collect more leaves from the gutters around the estate! I cringed a little when I saw where they were getting the leaves from, but to be honest they were about to throw themselves onto the muddy ground and roll around, they were all going to need a good bath after this anyway. 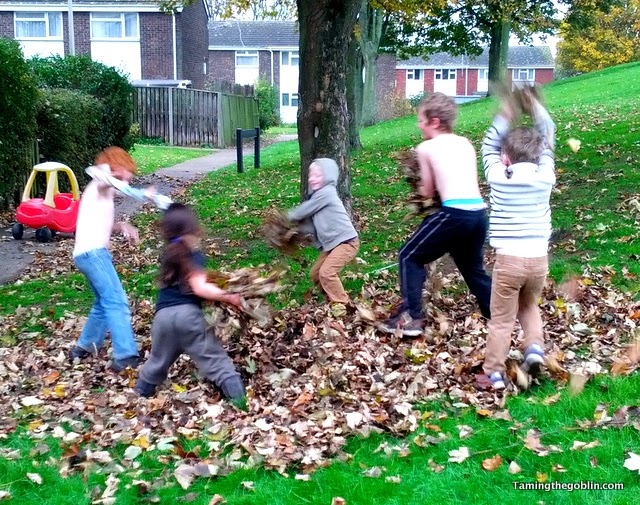 They lined up and took turns to hurl themselves into the leaf pile and do somersaults and rolls. Then they started a leaf fight. It was so much fun, they were all laughing and squealing. A couple of times someone got a leaf in the mouth or things got a little too rough but they managed to sort themselves out fine without any intervention from me. Catching a falling leaf is one of the National Trust's 50 Things to do before you are 11 and 3/4, I wonder if catching a leaf in the gob when thrown by another child counts. 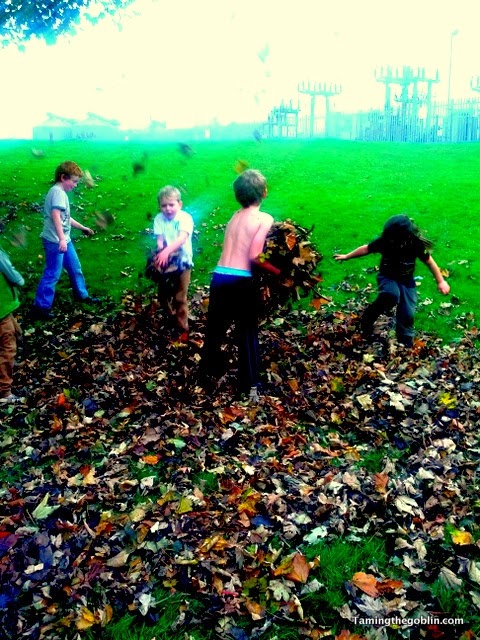 Nature's toys are such a great leveller.