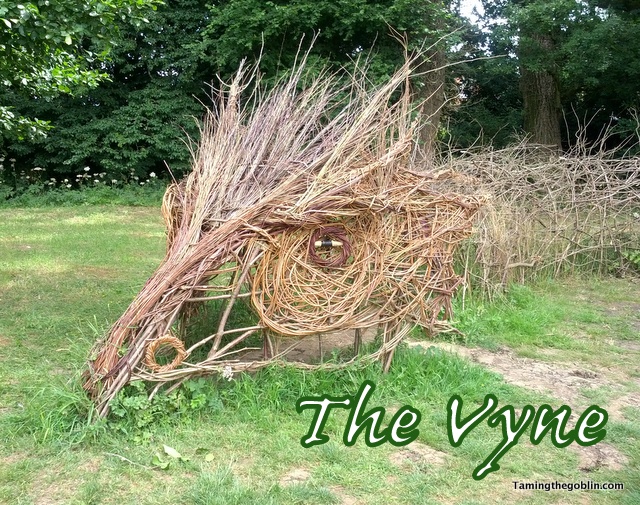 The other day we went to visit friends who live the other side of London. They took us to The Vyne which is owned by the National Trust. This place is very kid friendly and I would recommend it to anyone who loves outdoor play.

It has a lovely little playground with tunnels that look like hobbit holes. Goblin and his friends spent ages running in and out of them. There was a gravel river which was just too tempting for our three year olds and they had a lot of fun throwing gravel into the tunnels, much to the distress of some older girls who came and told on them because they were "making a mess". When I explained that our three year olds were helping them, because if there was no gravel in the tunnels there would be nothing for the older girls to clear up, the girls went away satisfied. 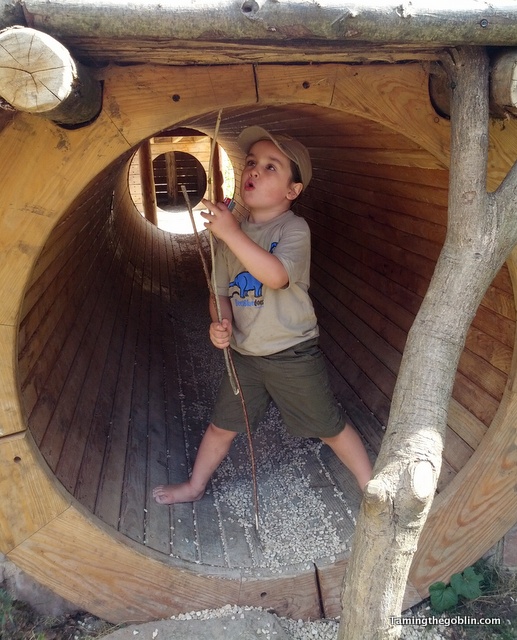 I'm afraid I don't believe in telling little kids not to throw stones. I tell Goblin not to throw stones at people, but I'm not going to deny him the pleasure of throwing stones all together just because it makes some other people uncomfortable. 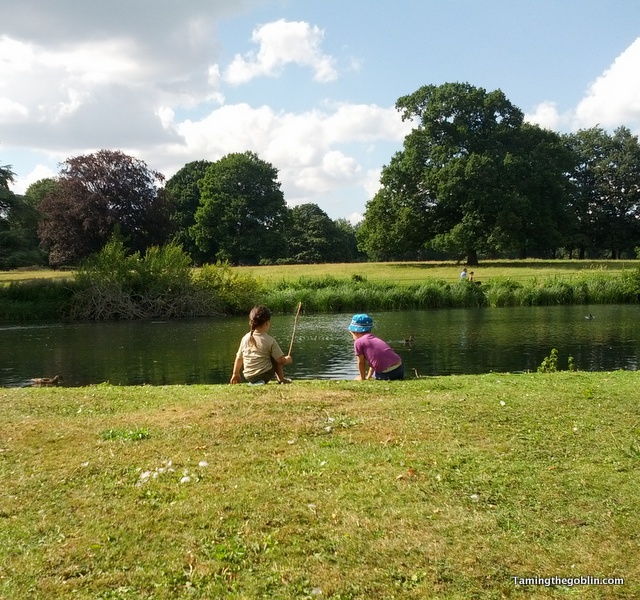 As well as the wonderful playground, The Vyne has a beautiful lake - that Goblin ran towards at full pelt. Since he has developed the skill of being able to swim to the edge of things I have become more relaxed with him around water, so I didn't shout out or rush to stop him. Instead I waited to see if I'd hear a splosh. But he sensibly stopped in time. (I do still carry a change of clothes at all times). And Him and his friend sat and 'fished' at the edge. 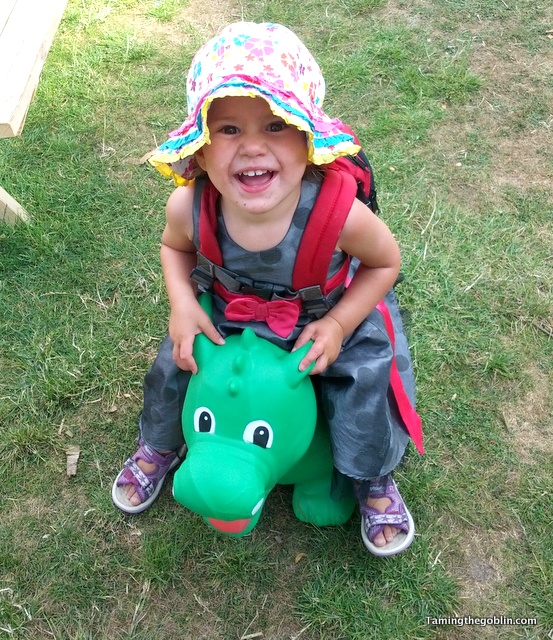 There is a wood at the Vyne but we didn't get a chance to explore because we were sidetracked by the toy tractors, wheelbarrows and bouncy animals that had been left out on the grass by the apple trees. Goblin was in vehicle heaven - to the extent that tearing him away when it was time to go was not a pretty site. 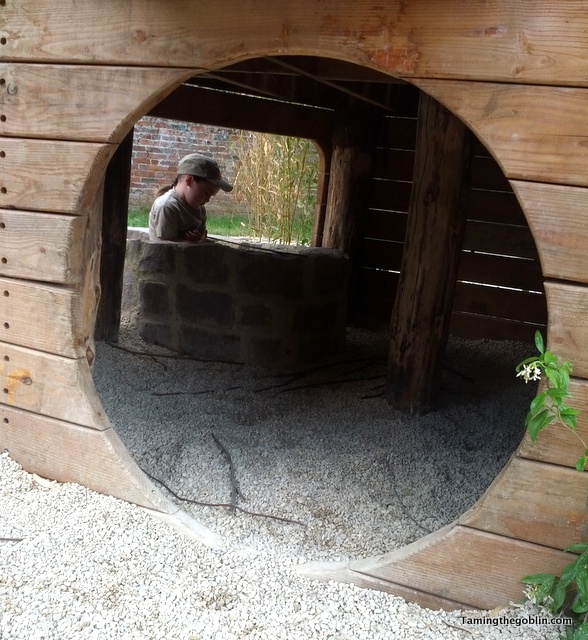 I can't wait to go back, and its also made me look at other National Trust venues which I may previously have assumed were not so child friendly.
For your nearest National Trust place check out their website http://www.nationaltrust.org.uk/

Posted by The Monko at 15:04
Email ThisBlogThis!Share to TwitterShare to FacebookShare to Pinterest
Labels: 45 months, nature, outdoor play