Its time for Kids Coop. Please link up your kids activity posts and check out what others have been up to this week. Don't forget to leave comments if you like what you see. This week I'm linking  the following:
****** 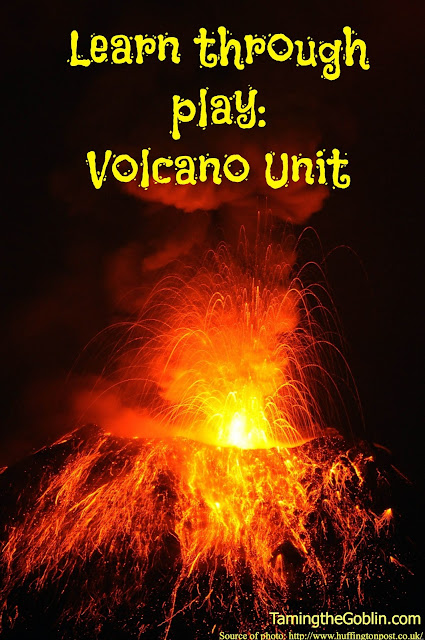 (Goblin is 41 months)
Following an episode of the Octonauts called The blobfish brothers in which the Octonauts rescue creatures from an underwater volcao, Goblin started asking questions about volcanos. We've been taking his interest in things as a cue to try and broaden is knowledge and deepen his interest. So we pulled together a few Volcano related activities. 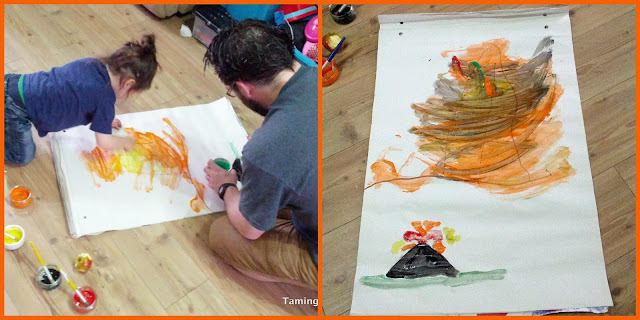 Hublet and Goblin painted pictures of Volcanos. This is probably the first painting Goblin has done on his own that actually resembles what it is supposed to be so I had a little "proud mummy" moment watching him do this. Hublet's one in the bottom corner is pretty good to: "proud wifey" moment. 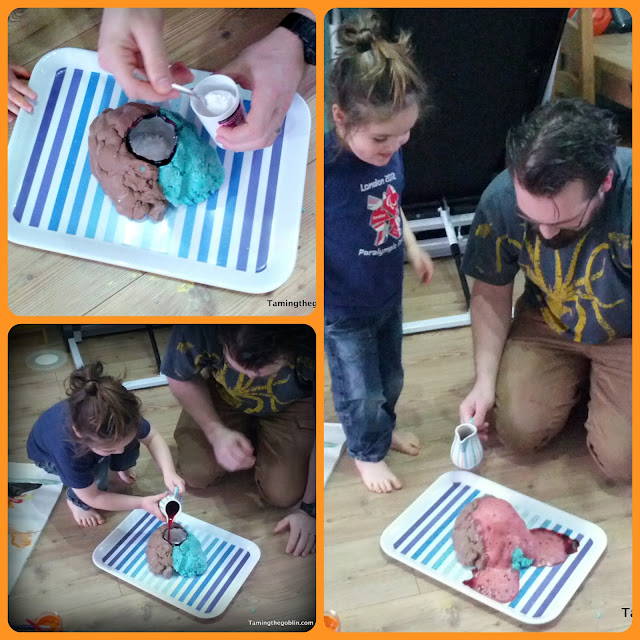 Then we cobbled together a volcano model using home made playdough we had already (hence the odd colours) and a coke can. We filled the coke can with bicarbonate of soda and got Goblin to pour in some white vinegar with red food colouring. He really enjoyed the eruption that occurred. In fact he enjoyed that bit so much that we carried it on with a tray of bicarb and a pipette full of vinegar.
We also did some pretend play, rescuing dinosaurs from lava flows consisting of pompoms and playsilks. He loved that I could blow the top of the volcano to create a chaotic pompom lava flow. 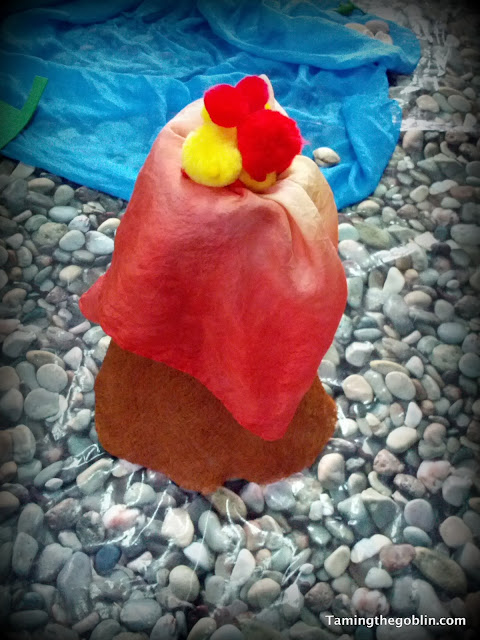 We tried looking for Volcano clips on youtube but quickly realised that some of them were a bit disturbing for a three year old so instead we watched Professor Brian Cox's Wonders of the Solar System episode 4 which talked at length about the volcanic activity on one of Jupiter's moons called Io. This was awesome because it tied together both Goblin's new found interest in Volcanos and his interest in planets which he's been developing from nursery. The Wonders of the Solar System series goes a little bit over Goblin's head but he spends the time watching it asking us to explain things. So we talked about magma and the fact that the core of the earth is hot, and tectonic plates and lava. As an ignition of educational conversation the Wonders of the Solar System is a brilliant series for small kids. 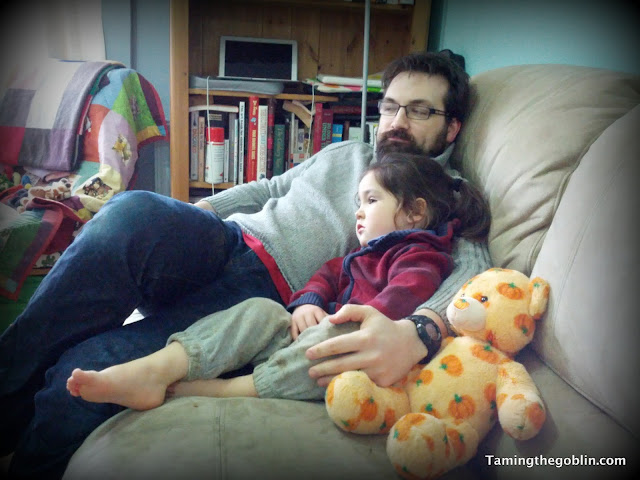