Its time for Kids Co-op. Link up your favourite kid orientated posts and check out what everyone else is doing this week. Here is what I am linking up this week: 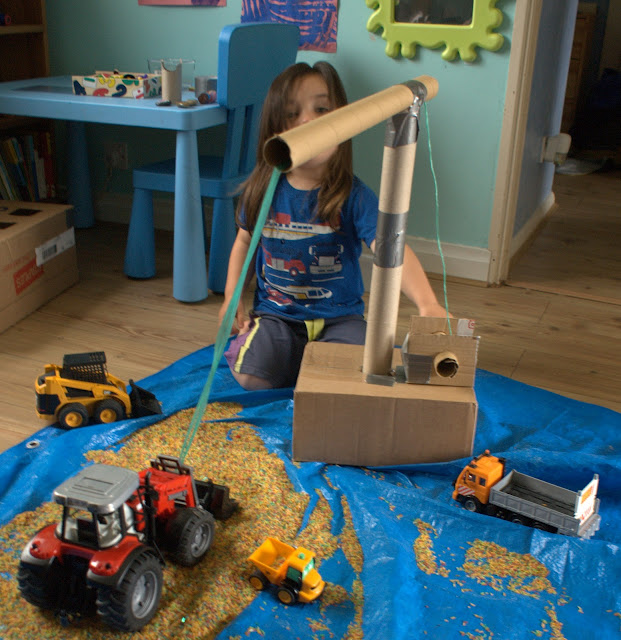 I decided that it was time to teach Goblin the number symbols. He can recite numbers up to 14, and he can count objects up to 5 or 6 (most of the time), but we haven't really done anything to help him match a number word with a number symbol. But I didn't want to go down the full on educational route so I I decided to make a game. 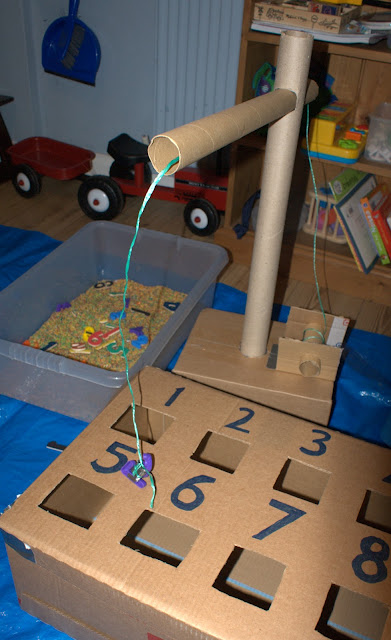 A while ago I saw an awesome cardboard crane on At home with Ali. I decided to make one for Goblin so he could fish for magnetic numbers and sort them into numbered holes. 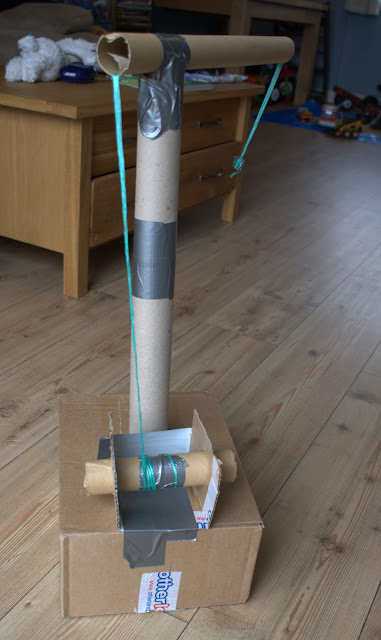 To make the crane you need
I cut a hole in the top of the box and slotted one tube in the hole. I cut a hole in the top of that tube and fed the other tube through - but the top broke off after sustained use so I just duct taped the second tube onto the first.
I cut off one of the long flaps on the box, bent it into a U and cut holes in either end. I chopped a length off the end of the second tube and slotted it through the holes. Then I duct taped the string to the 'winch'  tube and fed it through the top tube and tied the magnet on. 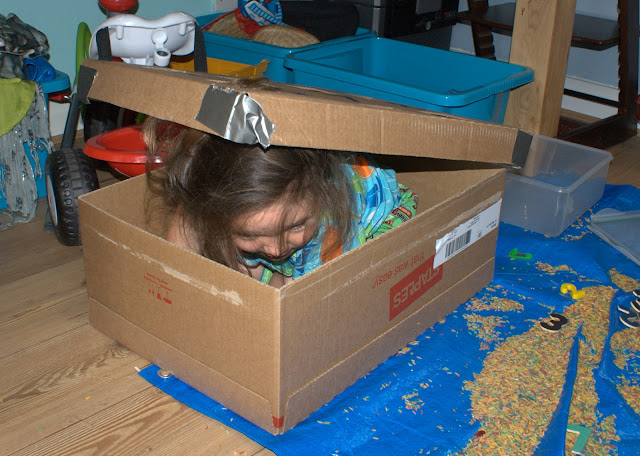 Goblin was not very interested in the number sorting - in fact he found a much better use for the sorting box! But he did love the crane. He played with it all morning and when he came down after his nap he played with it some more. I'm really glad I added the winch. I wasn't going to, but it turned out to be his favourite bit - pulling various things up by turning the tube. 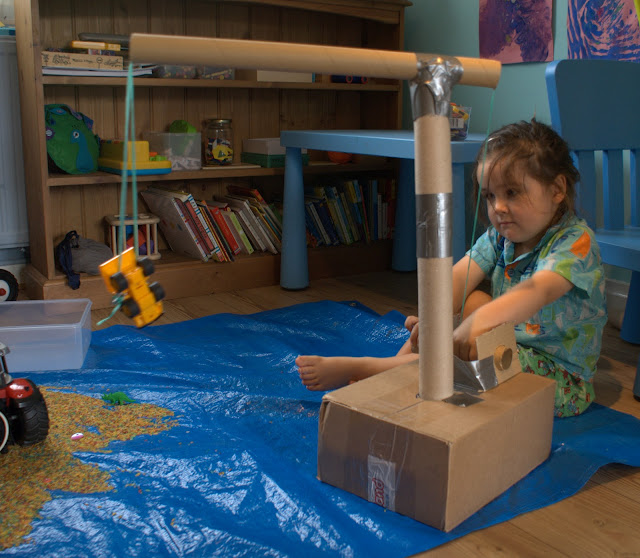 Posted by The Monko at 22:00
Email ThisBlogThis!Share to TwitterShare to FacebookShare to Pinterest
Labels: 33 months, card board, kids coop, numbers