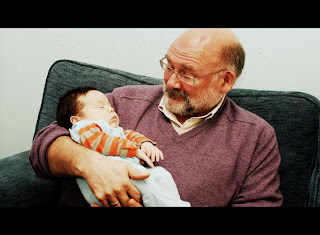 A year ago today Hublet's Dad, Goblin's Grandfather "Poppy" died suddenly and unexpectedly.
From the moment that Goblin was born I had planned all these things that Poppy would do with Goblin as he grew up. I wanted him to teach him Welsh and make him stuff out of wood. I wanted him to see him ride a bike and take him fishing. But Poppy won't be able to do any of these things with Goblin and for that I am very sad. 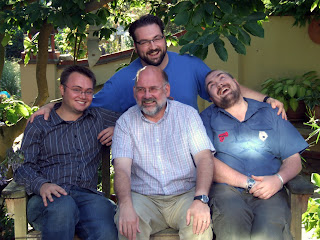 But while Goblin has missed out on the chance to spend time time with a great man, he will still know Poppy, because Poppy's legacy lives on in the three wonderful sons he has raised, one of which Goblin is lucky enough to have as his Dad. 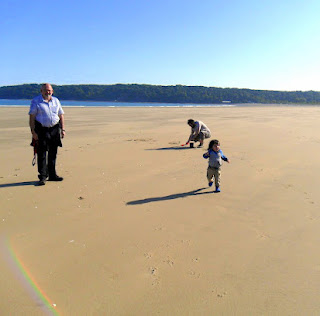 Poppy has passed on kindness and affection, a strong belief in equity and accountability, the ability to take considered judgements and be cynical, and the ability to laugh and give willingly.  Hublet is a fantastic Dad and that is because he learnt from the best. So I choose not to be sad today. Instead I will be grateful. Grateful that my son will be raised by a kind and adoring man who will set him an amazing example, because he was raised by a kind and adoring father who set him an amazing example.

We miss you Poppy.

Posted by The Monko at 22:11
Email ThisBlogThis!Share to TwitterShare to FacebookShare to Pinterest
Labels: parenting