On our Shelves - sequencing

Goblin hasn't been very interested in his shelves for ages now. It doesn't really matter what I put on them, he just prefers his tractors and sensory play (rainbow rice, sand pit, painting etc). So I have stopped trying to introduce number and letter play and instead this week I am focussing on sequencing. 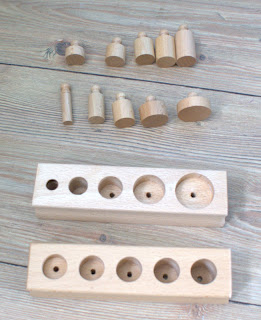 that we have. So I put out the two more difficult ones. One goes wider as it goes shallower, and the other stays the same width but goes deeper. Goblin struggled with the one where all the cylinders were the same width, but he is good at self checking and got there in the end. 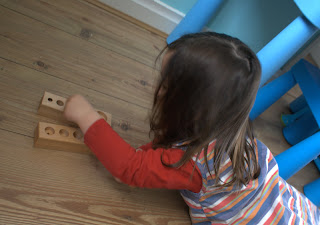 I also brought out his old stacking circles. We haven't had this out for ages. A lot of people would probably consider this a toy for much younger kids, but Goblin still can't sequence it - although I think its more of an 'isn't interested in trying'. So I am determined to encourage him to play with it 'properly' rather than just stacking them any which way. 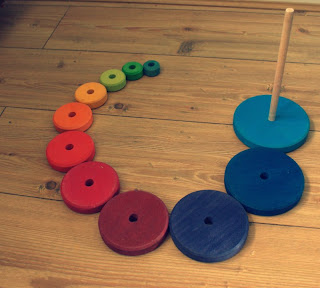 As you can see this is a work in progress and so far I haven't been able to convince him to look for the biggest one first, and work his way down. 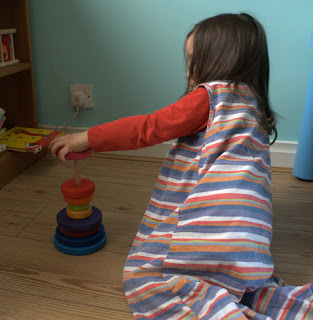 I also put out his Melissa and Doug Stacking Cubes

. Goblin likes these and he will stack them in sequence if I lay the cubes out in sequence. But he struggles and rapidly loses interest if they aren't sequenced. So far this week he has only used them as garages for his cars. 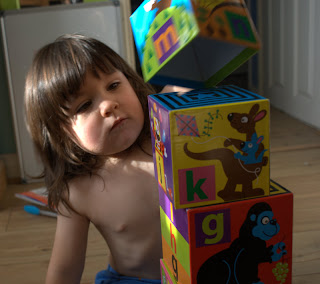 I have left out his counting fish, Melissa and Doug Latch Board

, and shape sorter. Lots of problem solving through manipulation. 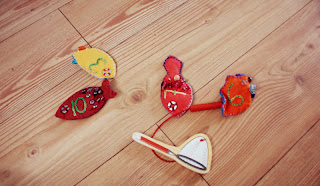 And I found two new things to add to the shelves. One is some open ended sensory play through 'stuff' in pots, and the other is Montessori style pincer grip practice with polystyrene eggs and cocktail sticks. 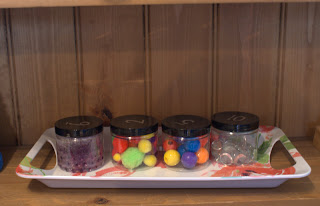 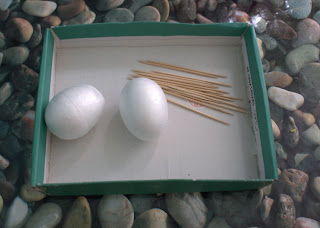 I'm going to post about these later in the week so pop back and find out more.

Posted by The Monko at 22:05
Email ThisBlogThis!Share to TwitterShare to FacebookShare to Pinterest
Labels: 29 months, Montessori, tot school