(Goblin is 27 months)
Goblin has no interest in learning letters or numbers, but he is fascinated by animals and vehicles. Show him a new animal or vehicle and he wants to know its name, and once told he will remember it for ages. 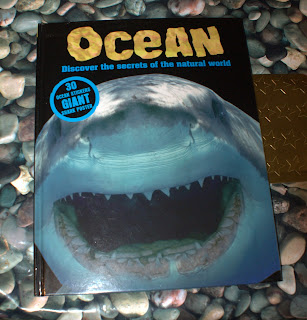 We have been reading his new Ocean book. I picked it up in a factory seconds book shop. It has a whole page of nice ocean creature stickers that Goblin loves. And it has lots of new animals to learn (for me as well as Goblin). 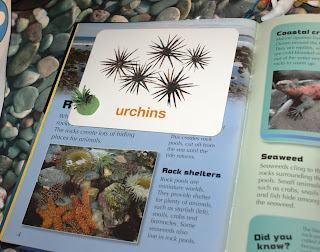 In Goblin's Christmas stocking he got a whole bunch of new plastic animals. I had restricted the plastic animals I bought to schleich products because they are superior in quality (and you can buy bundles of them on ebay). But the ones I found on Amazon have nice detail, are about a third of the price and will hold up to toddler play. 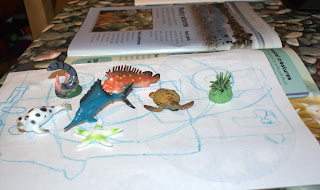 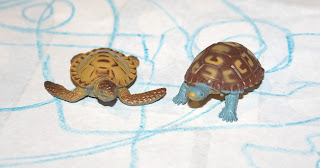 As we were going through the book we found a turtle. Goblin has started calling turtles and tortoises the same thing. I know that some adults still have difficulty distinguishing between the two creatures so I thought it would be a useful thing for Goblin to learn. We got both toys and put them next to each other and I pointed out some of the differences like the flatter shell and the fins versus the legs and domed shell. 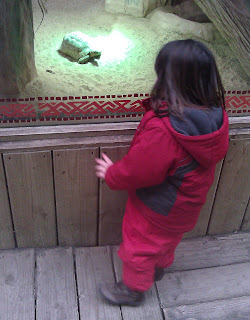 When we went to the zoo today I was able to reinforce this. Goblin was really excited when he found a tank full of tortoises. The tortoise in the photo was the fastest one I have ever seen, it appeared to be doing laps round its large tank and Goblin ran from window to window watching it. 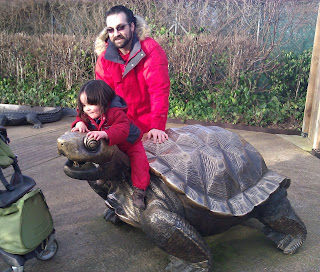 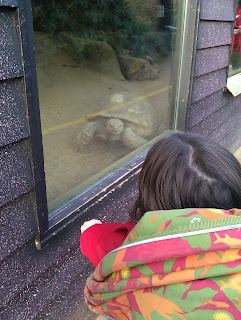 And a giant tortoise. This was great as Goblin had seen the small one and was now able to that they come in giant as well as small. 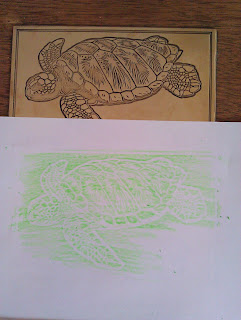 Then to compare we found a brass rubbing of a turtle in one of the activity centres, and we found a basking turtle in the sealion house. You can just see him in the light right at the top of the picture below. Unfortunately this turtle looked very much like a tortoise which confused me. I don't know what Goblin made of it, he was too busy running up and down the sealion tunnel where you can watch them swim over your head. 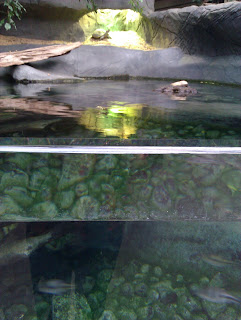 Apparently these turtles are Giant Asian Pond Turtles and if you look at the picture on the sign, their legs are more leggy than fin like which would explain why it looked more like a tortoise. 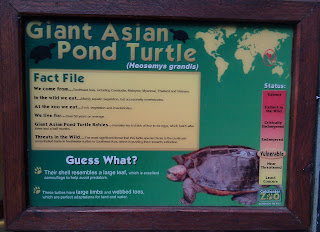 I was expecting something a bit more like the giant plastic one we found in the picture below. 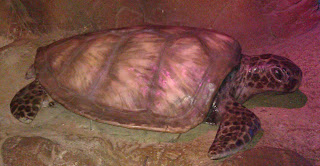 We have a couple of animal books with tortoises and turtles in it. So I will have to see if our trip to the zoo  has clarified the difference. I think it might take a few more trips.

Posted by The Monko at 22:32
Email ThisBlogThis!Share to TwitterShare to FacebookShare to Pinterest
Labels: 27 months, animals, schleich animals, zoo